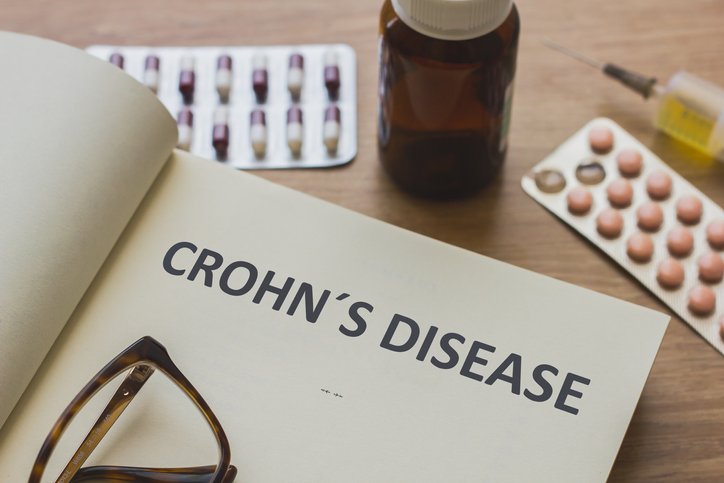 The joint Irish Society of Gastroenterology (ISG) and Irish Association of Coloproctology (IACP) Winter Meeting discussed the issue of deep remission in Crohn’s disease. Communication with patients was a cornerstone in achieving deep remission, the meeting heard.

The talk was given by Prof Remo Panaccione, who is the director of the Inflammatory Bowel Disease (IBD) Clinic at the University of Calgary, Alberta, Canada.

Speaking to the virtual audience, Prof Panaccione said that in 2010 there was rapid evolution in treatments and treatment strategies for CD. He also said that patients who achieved deep remission at a year did much better than those patients that did not achieve deep remission.

Communication with patients is one of the cornerstones of successfully achieving deep remission “because the strategies that we employ to achieve deep remission are not necessarily intuitive to the patients”.

“We need to explain to them what the overall strategy is, what our targets are, and why they are important,” Prof Panaccione said. “Because this does put some burden on to the shoulders of patients, namely with repeat clinic visits, more intensive therapy, and at times more invasive monitoring.”

He said that mucosal healing should be included in physicians’ definition of remission. Deep remission has also been shown to improve long-term patient outcomes for patients with Crohn’s disease.

A treat to target approach offered the best avenue to achieve deep remission in CD, he continued.

“It involves knowing what your target is, introducing therapy, and optimising therapy in different flavours until that target is reached. Once it is reached you continue your treatment strategy going forward and hopefully this will lead to the outcomes that we want.”

Ongoing and future studies will evaluate the impact of a more robust definition of deep remission, including transmural healing, and possibly histologic remission, on outcomes.

“And we need to always remember the importance of the patient, in that this is an ongoing two-way dialogue between patients and healthcare providers,” Prof Panaccione said. “This will maximise the potential for successful treat to target strategies in Crohn’s disease.”

During the question and answer session of the talk, it was asked that while doctors were supportive of the concept of deep remission, it was often time-consuming to see which was the right drug for the patient.

“We are a long way away from having appropriate biomarkers to select which drug is best for the individual patient,” said Prof Panaccione.

“In the individual patients that drug is either going to work or not and you have to make that decision as early as possible. That is where there is a value to using biomarkers. You are not going to do endoscopic evaluations early, but certainly, you should have signals in your biomarkers that you are having some effect.”

He added that “if you do not get to where you want to be within six months you should start thinking about making changes in your therapy”.

In terms of surgery’s role in deep remission, the professor said it was very important.

“If you look at the surgical literature, if you have limited ileal disease; those patients have a very robust outcome with surgical induced remission,” he said.

“The question that we don’t yet have the answer to – is there a way to predict which patients will have a robust outcome versus those that will recur early.

“There is some interesting emerging data.”

He also posed a number of questions: Will a surgically induced remission reset the disease or will it allow biologic therapies to work better, “or are we still in early versus late disease, based on the diagnosis date?”

“One of the biggest mistakes I often see in clinical practice is someone with ileal or ileal sequel disease say of less than 20 centimetres, being hammered by biologic after biologic,” he said.

“And during that time they are having progression, I think the best strategy in that patient, after appropriate discussion, is just to have a limited resection.”