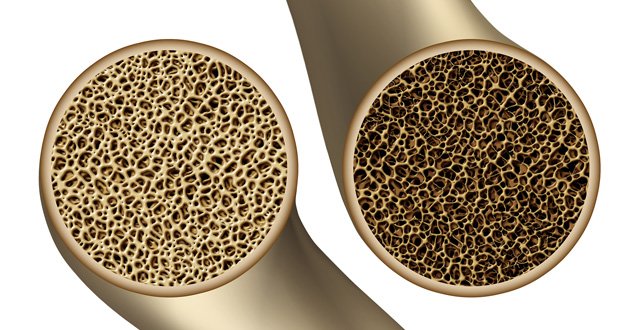 Although bones appear as unexciting, steady structural elements, skeletal health is incredibly important to a person’s wellbeing. Bones support a person against the pull of gravity. Bones provide leverage for muscles to function. Bones protect soft internal organs such as the heart and lungs and make new blood cells. Unfortunately, individuals living with type 1 diabetes can develop osteopaenia or osteoporosis, disorders characterised by low bone mineral density. As a consequence, individuals with diabetes have an increased risk of fracture.  These injuries are difficult to heal, resulting in long-term disability, and impact daily activities such as walking or working. Scientists are not entirely sure what the link is between type 1 diabetes and osteoporosis.

As long ago as the late 1920s and early 1930s, scientists and physicians were publishing papers describing decreased skeletal weight, increased osteoporosis and increased risked of bone fractures in individuals living with uncontrolled diabetes. Finally, in the 1970s, a series of critical observations linking diabetes and poor bone health were published in highly respected journals. However, the majority of diabetes-focused research concentrated on treatments for low insulin levels, kidney and heart disease, improving circulation and preserving eyesight. The research is now starting to focus on the impact of diabetes on bone health, as indicated by a 3,000 per cent increase in the number of publications on the topic in the past 20 years.

Skeletal changes, compounded by diabetes-associated alterations in vision and sensitivity, result in increased risk of falls and therefore of bone fractures in people living with diabetes. Long bone fractures in diabetic patients take up to 163 per cent longer to heal than non-diabetic fractures, often times resulting in a painful or unusable limb due to bone non-union. Similar bone abnormalities are observed in pre-clinical models of type 1 diabetes that also exhibit bone loss. These models have taught the scientific community that this change in skeletal health is due to decreased bone-forming cellular activity resulting in decreased bone strength and mineral content. This combination of deficiencies results in inferior fracture healing capacity.

Interestingly, these models of diabetes also indicate an increase in bone marrow fat content as a result of diabetes. Progenitor cells within the bone marrow have the capacity to make cartilage, fat or bone depending on their environmental cues. They are fundamental to maintaining bone health as they underpin the natural maintenance of the bone and are the first responders at a time of injury.  The literature describes diabetes-induced deficiencies in progenitor cell number and function resulting in diabetes-associated vascular disease, heart disease, and kidney disease. It is therefore reasonable to theorise that deficiencies in progenitor cells will also impact bone health in individuals living with diabetes.

In our research, we aim to understand the molecular differences between the healthy and diabetic bone marrow cells responsible for maintaining bone health. If we know how the healthy cells support bone quality and where the diabetic cells are deficient, we can then use this information to replace molecules missing in the diabetic cells making them more similar to healthy cells. The diabetic cells may then be able to maintain bone health as they would in a non-diabetic person. The long-term goal is to use this knowledge to enhance bone quality for diabetic patients, but this approach might also help diabetic patients experiencing kidney disease, nerve damage, heart disease and vision loss.