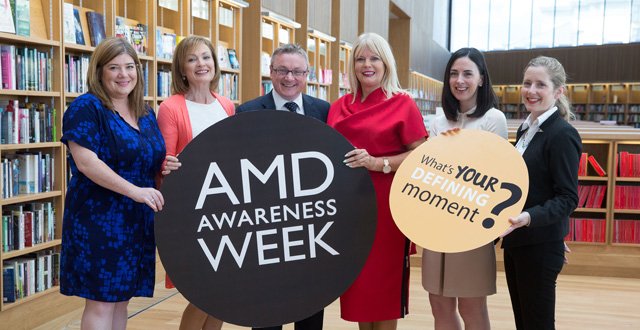 Stories will be considered for inclusion in a booklet to be launched during Age-related Macular Degeneration (AMD) Awareness Week (14-20 September).

The Your Defining Moment campaign is also supported by Fighting Blindness, NCBI – the national sight loss organisation, the Association of Optometrists Ireland (AOI), and Novartis. The campaign was launched today by Ms Mary Kennedy and Ms Mary Mitchell-O’Connor TD.

AMD is the leading cause of blindness in the over-50s, with 7,000 new cases diagnosed each year. Almost 100,000 people in Ireland have AMD.

The Your Defining Moment campaign was developed to raise public awareness of AMD, and illustrate how making the decision to get an eye test, and maintaining good eye health, could be a defining moment in a person’s life.

Specifically, the campaign is encouraging the public, particularly those over 50, to think about a time when they made a decision that led to a positive outcome that they were not necessarily expecting, but which defined or had a positive impact on their lives.