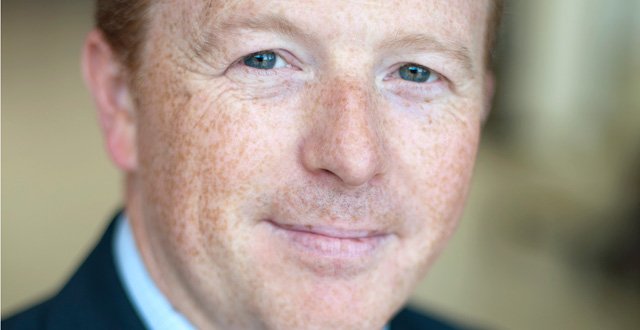 “Rural practice is a major, major issue for the ICGP,” Mr Ryan explains, while also noting issues affecting practices in areas of urban deprivation. “At our recent Board meeting, we had a particular debate and discussion on how the College should be involved in supporting rural general practice, in particular.”

Mr Ryan says rural practice is “under threat” and this is of considerable importance, as Ireland remains a predominantly rural country.

There are differences in care delivery and support required for patients in rural areas, as compared with large urban centres, where infrastructure and transport are likely more developed.

As well as developing ways the College could further support rural practice, Mr Ryan says the ICGP will also seek to highlight the issues within communities.

In this regard, the taskforce is to develop strategies to engage the public on matters facing rural general practice and around advocacy for better supports and resources. Another area of focus will be services offered by the College, as they pertain to rural practice, including delivery of CPD.

Mr Ryan says the most pressing issue was how the ICGP ensures that there is “full understanding” within the Department of Health and the HSE of the particular demands involved. The College will be asking GPs in rural general practice to get involved and will likely use local Faculty structures to connect with these members, explains Mr Ryan, speaking to MI in advance of last weekend’s AGM.

“We are allocating a certain amount of funding for this, so that people can attend meetings with their ideas, that we can support locums and so on because the key is that we have got to actually support this in a tangible way,” he says.

Mr Ryan envisages six months of activity in terms of the taskforce meeting, constructing ideas and developing strategies. The College will then put these points into action.

Further priorities for the ICGP over the coming year will include monitoring how it delivers services to all members and advocacy on behalf of general practice, the membership and their patients in respect to getting the resources required to deliver on Government policy and HSE strategy in primary care.

“Other areas we will continue to focus on is improving the research agenda and getting more grant funding, collaborating with other institutions to get better general practice research, data and information out there as well.”

A core ongoing focus, as the training body for general practice, is ensuring the quality of GP training and maintaining accreditation with the Medical Council.

Mr Ryan confirms to MI that there is still no indication when overarching responsibility for GP training would formally transfer from the HSE to the ICGP.

“We have heard it is a decision they want to enact and make the transfer happen within 2015, but we still have to get into formal engagement with them on this.”

A recent Sunday Business Post report made reference to the HSE wanting to cut the costs of GP training.

Subsequently, the ICGP issued a statement. In it, the College noted that there had been informal discussion on the transfer of the delivery of GP training (and the employment of programme-directing staff and GP trainers) from the HSE to the ICGP, but no agreement had yet been reached.

The College said it had always engaged positively with the HSE and Department, and was committed to “exploring an expanded role in GP training in partnership with the HSE”.

Mr Ryan tells MI it was “no surprise” the HSE would be intent on cutting costs within the health service generally, including in GP training. “It would have been mentioned in the past that they consider it to be expensive,” he adds.

However, Mr Ryan emphasises that certain standards were absolutely required of GP training.

As he outlined, GP training delivery must meet accreditation standards set by the Medical Council, which also requires that the College work to improve standards on an ongoing basis.

Any possible savings would need to be negotiated with ICGP, “and we are waiting for the HSE to come and begin such negotiations”.

The ICGP has “a fair idea about it takes to deliver training”, but there are there many “unanswered questions” which it has posed to the HSE.

“At the end of the day, under the Medical Practitioners Act, the HSE is responsible for the funding of doctor training in this country, so the ‘how’ of doing that is the bit where we have to figure it out.”

The area of GP training came under particular focus in recent weeks. As MI exclusively reported online, the allocation of first-round offers for the 2015 programme was in error in a number of cases. This was due to an administrative error and new offers were made based on the corrected ranking. As a result of the re-issue of offers, four additional training places were made available with the HSE’s support.

Mr Ryan tells MI that the ICGP is “obliged” to bring a new system for GP trainee recruitment this year.

“And like everything new, there are always issues of learning — you have to learn from any system. We had the unfortunate error that occurred, an administrative error, in calculating some scores for a certain group of people. There is no doubt we understood why it happened, we know what to do in terms of bringing more checks into the system.”

Mr Ryan says human error had occurred, but notes that “the speed and the requirement for this to come in so fast” was problematic.

We think all organisations – the IMO, the NAGP and the ICGP – all have a lot more in common than we have differences

According to Mr Ryan, the HSE wanted GP training recruitment to become more standardised across the schemes — a concept with which the ICGP agrees.

“But there was a requirement to have a national ranking and match system and we had to build that fairly fast because it wasn’t there before. We had to change the process of how we do the interviewing and have regional centres and all of that.”

It is, in short, a multi-faceted change management operation.

“That was a requirement asked of us by the HSE and we tried to oblige as best we possibly could…Notwithstanding the error, I think the team here in the College performed brilliantly on getting it to as ready a state as it was…We accommodated the trainees as much as we possibly could and in the end I think everyone was happy enough with their reallocation of places.”

As to how general practice will look for these future GPs, much remains to be seen.

The under-sixes contract is one of the most pressing issues for general practice, however with the deadline for signing just weeks away, the contract is dividing GPs, with the NAGP firmly against it. Speaking at the ICGP Annual Conference, Mr Ryan says it is envisaged that the College would issue further comment on the contract by Friday 15 May.

Asked if the College will have a position on the new contract, Mr Ryan adds the College will represent the views of the membership that it has received, and the College’s understanding of the implications of provision of free GP care.

Mr Ryan says the College would do so in a “constructive” manner.

“It is meant to assist perhaps the Government and Department’s understanding of what is required to have a good general practice structure for this plan. So the reform itself is not an issue, but it is the way it has been planned. There are ways of doing it and we are happy to help and assist… but there are some gaps in the way it has been handled at the moment and we will try and represent those views back to the Department.”

Mr Ryan tells MI before the AGM that while there is disagreement on the issue, there is scope for GPs to focus a bit more on their commonalities, regardless of whether they aligned with the IMO or NAGP. “We think all organisations — the IMO, the NAGP and the ICGP — all have a lot more in common than we have differences. Because at the end of the day, we want to deliver high-quality general practice and to look after patients as best as we possibly can. And we all have a role to play in doing that.”

If the ICGP membership of over 4,000 (including trainees) wished for the College to encourage greater focus on commonalities, it “would be very open to doing that where we can”.

However, Mr Ryan adds that the College recognised that everyone was also entitled to hold their own views.