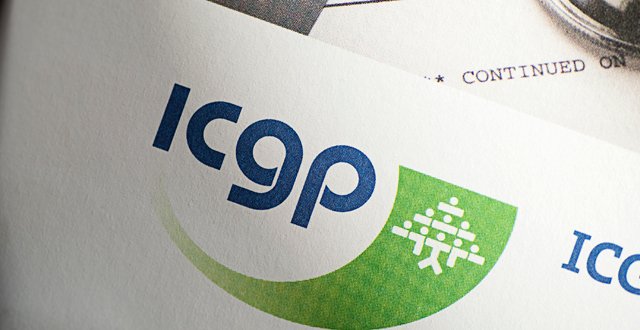 The ICGP is in weekly contact with both the IMO and the NAGP regarding the new GP contract talks, the recent ICGP AGM in Wexford was told.

“As a College, we have met both of our unions; we have had very clear conversations. I would be in contact with my equivalents in the trade union movement probably on a weekly basis.  We have offered any service and expertise that could assist our trade union colleagues in the ongoing negotiations.”

Dr Gillman added that the ICGP has “clearly demarcated that we are not a trade union”.

The comments came in the context of a debate over a motion proposed by the Wicklow Faculty that called for the ICGP to gain “meaningful access to the new contract negotiations”.

The motion added that “the College represents a majority of GPs, many of whom are currently not represented in negotiations, and as it is also relevant to the College’s view of assuring quality of health delivery”.

Proposing the motion, Dr Gráinne Ní Ghairbhí said that many members in Wicklow have expressed dissatisfaction that they are “under-represented” in the negotiations.

“While there is union representation at the negotiations, it isn’t comprehensive.”

In the current GP contract negotiations, the NAGP has an official consultative role, while the IMO is negotiating directly with the Department of Health and the HSE on the basis of a previously-agreed Framework Agreement.

During the debate over the motion, it was pointed out from the floor that the ICGP does not possess a negotiating licence.

The motion itself was not passed, but members voted to refer it to Council.

Interviewed by the Medical Independent (MI) at the AGM, the ICGP’s Chair of Communications Dr Mark Murphy said that measures to help the recruitment and retention of GPs would have to be part of the GP contract and a “cornerstone” of Irish health policy into the future.

“I think it is fair to say we are approaching a cliff,” Dr Murphy told MI.

“I think that if we are to take this direction for health policy seriously, we really have to think of recruitment and retention as a core priority for the entire health service and Government,” said Dr Murphy.

Earlier at the AGM, speaking before the foundation lecture, Director of the Postgraduate Resource Centre at the ICGP Dr Brendan O’Shea said that members are “exercised” by the topic of the future of general practice in Ireland and that the contract was part of this.

“We do understand the negotiators, all of them, are beginning to work seriously around a general practice contract and at the outset we wish all of them the very best and that they might be successful on our behalf and on behalf of our patients.”

The ICGP should promote the positive aspects of general practice in the media, the College’s AGM heard.

The ICGP membership passed a motion calling on the College to “use its media access and widespread expertise to promote general practice, as we feel the current low morale widely expressed in the media is a factor contributing to poor retention of new GP graduates”.

The motion was proposed by Dr Gráinne Ní Ghairbhí from the Wicklow Faculty.

“Low morale is to do with multiple things but as was mentioned, we all need to take up the responsibility to fly the flag of general practice, to say that general practice is a fantastic career,” said Dr Ní Ghairbhí.

“I’m not suggesting that we blindside ourselves to the many challenges facing the profession and I feel the College is particularly well suited to fly the flag in the media.”

ICGP’s Chair of Communications, Dr Mark Murphy, said he took the motion “on the chin”.

“I think you are right, we do have to do better, to do a better job to promote general practice. Fintan Foy [ICGP CEO] has really hit the ground running, he has charged ICGP house and board to drive this forward. Faculty has a role, every officer, every person in this room has a role,” Dr Murphy told delegates.

“There is a dichotomy between articulating the struggles of general practice at the moment, but also trying to have some optimism so we don’t hamper recruitment. It is a double-edged sword. There is a tension between those two phenomena. We have to strike the right message, because we saw this year that recruitment was really struggling.”

Dr Murphy’s role as Chair of Communications over the last year was praised by a number of speakers on the motion.

In reply to a Medical Independent tweet about the motion, Dr David Hanlon, GP and clinical advisor to the HSE (who was also in attendance at the ICGP AGM), tweeted: “Need to provide and promote GP as a viable and professionally-rewarding career choice for young doctors.”

ICGP members showed their appreciation of aspects of the Danish primary care system at the ICGP’s AGM in Wexford.

Prof Roar Maagaard, a Danish GP and Associate Professor of Medical Education at Aarhus University, delivered the foundation lecture at the AGM, looking at what lessons can be learned from the Danish model.

When Prof Maagaard displayed a slide showing that Danish GPs on average get paid more than Danish hospital consultants, there was clapping among ICGP members in the hall.

Later, when Prof Maagaard revealed that annual insurance costs for Danish GPs are in the order of €120, this was greeted by more applause from the ICGP audience.

“What is the situation for Danish GPs today? I would say quite good,” said Prof Maagaard.

“We really have a good reputation among our patients. What about respect among other doctors? It’s also good. We have formal research units for general practice that have been very active in gaining academic credit and getting respect from other doctors.”

Prof Maagaard said that general practice had been recognised as a specialty for “more than 20 years now” and since 2003 “our training for GPs is quite like training for psychiatry, neurosurgeons, or whatever”.

“It is very important for trainee doctors to see training for general practice as [just] as prestigious as other specialities.”

He said that some high-profile “ambassadors for general practice” had made a significant impact on Danish political and media life and were now having an  “enormous influence”.

However, Prof Maagaard’s report from Denmark was not all positive. He outlined a serious and divisive battle that has engulfed the doctors’ union and national and regional government in Denmark over recent years.

He said the battle was unprecedented and had left a negative legacy in general practice.

The Danish GP said that one of the lessons to be learned is that in any negotiations, “there have to be two winners”.

In the wake of the recent global cyber attack that hit the NHS as well as other organisations, GPs were warned at the recent ICGP AGM to take precautions.

“I think the thing is, be aware of it,” said Dr Kieran Murphy, a Co Limerick GP and Senior Lecturer in General Practice in the University of Limerick.

“If anything arrives on your desktop, be careful. This is very sinister and very serious. It is expensive as well,” added Dr Murphy during his session titled ‘Equipment for the GP Surgery: Past, Present and Future’.

Asked whether he believed the source of the attack would be found, Dr Murphy said “probably not”.

“A lot of this involves so many servers and elements of the dark web; encryption. There will no doubt be a very forensic analysis of the whole attack. But whether they will ever find the source is very questionable.

“If it’s a missile, it’s very easy to track where a missile is fired from by radar. Unfortunately, tracking something like this is extremely difficult. Just think of it — you can launch this from a smartphone and then you can dump the smartphone in the nearest bin.”

The cyber attack had made global news on the eve of the ICGP conference and was one of the main themes of the Saturday sessions and debates.

Speaking to the Medical Independent (MI) at the AGM, Mr Richard Corbridge, HSE Chief Information Officer, said the Executive was taking immediate steps to deal with the cyber attack.

Mr Corbridge told MI that the removal of Microsoft Windows XP from HSE computers and the recruitment of an IT organisation to focus on cyber security is among the possible actions the HSE may take in the coming period.

He was speaking to MI in the midst of co-ordinating the Executive’s immediate response to the cyber attack.

“What we are seeing at the moment isn’t targeted at the HSE or health systems,” Mr Corbridge told this newspaper.

“It is targeted at a deficiency in large systems to be able to keep up-to-date with security patching. Microsoft provided the patch in March for the issue and systems have not been able to get patching to all systems across the world, and that includes the HSE.”

Mr Corbridge said that there are about 1,500 Microsoft Windows XP machines in the HSE.

“What we can do is remove that access, make sure that every one of those 1,500 machines are patched and up-to-date,” said Mr Corbridge.

“Or maybe even better, actually remove Microsoft [Windows] XP from the mix completely over the next few days, and they are the decisions that are being taken at the moment.”

A former ICGP President has warned that patients must be at “the centre” of eHealth if it is going to be a success.

Speaking during the College Forum on the Saturday of the ICGP AGM, former President Dr Rita Doyle said that she welcomed the onset of eHealth, but that the process must be consultative with patients.

The forum had already heard from HSE Chief Information Officer Mr Richard Corbridge, who praised GPs for being at the forefront of digital healthcare in Ireland.

“Before the end of this month the individual health identifier will be live at last,” Mr Corbridge told ICGP members.

He also said that Healthmail “can be a massive success for the whole health system”.

Dr Conor O’Shea, the National Co-ordinator of the GPIT Group in the ICGP, told the forum that GPs should ask “what are the opportunities here? What can we do firstly to ensure that we look after our patients and all that information is there when we need it and want it? I get very frustrated when they go off to the hospital and that information is not there. So I don’t mind seeing the shared information and data.”

Dr Doyle said she is a fan of information technology. “I’m really looking forward to what might happen,” said the Bray GP. “Let patients decide what we should be doing.  That is really where I am coming from. Let’s hold on to what is good in general practice; let’s hold on to the ‘personal doctors’.