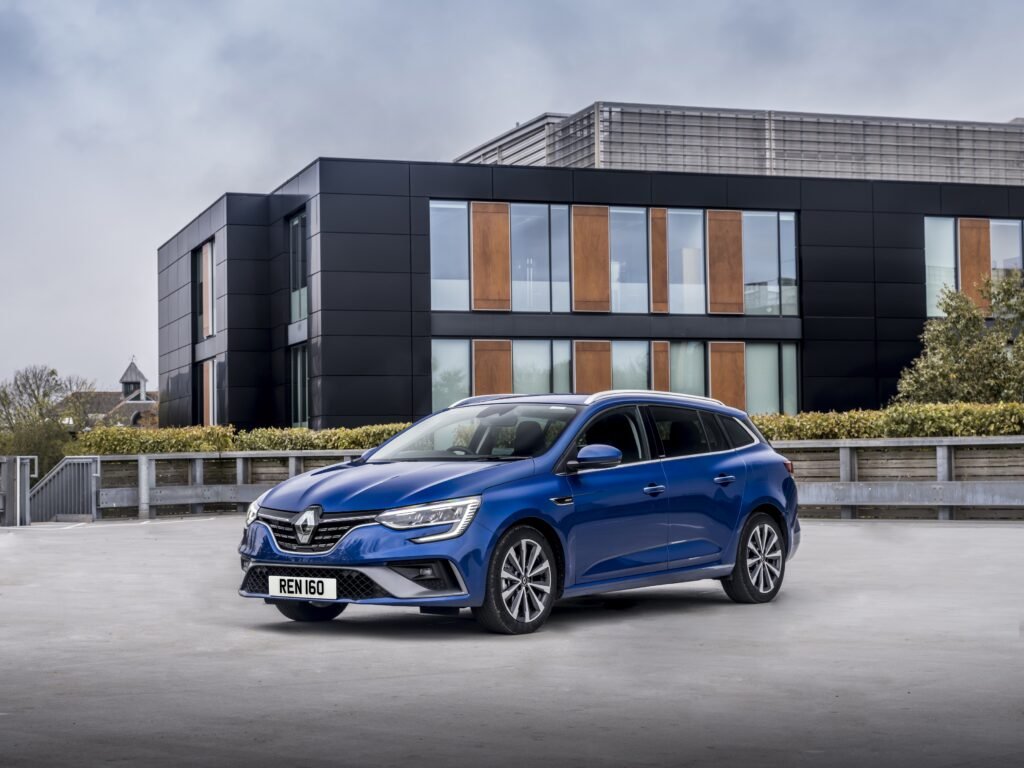 The plug-in hybrid, Renault Megane Sport Tourer I tested last week is a very well-priced new car. It’s spacious, comfortable, quiet and most importantly, it’s partially propelled by electricity. The Megane is my favourite car in Renault’s range and in an earlier review for the Medical Independent, I described it as a Swiss army knife. Well, to continue that analogy, the E-Tech Sport Tourer is one of the better blades in the model’s arsenal.

My test car looked elegant in pearl white. Aesthetically, it’s a well-designed car, with a new hint of blue around the headlights on all the E-Tech models. For a daily workhorse, the E-Tech Sport Tourer offers a lot for a low price, even from the base model. The entry level has things like: Rear parking sensors; automatic brake assist; LED daytime running lights; and electronic stability programme with anti-skid regulation and ULC understeer logic control. The test car I drove was the Iconic version, so it had vastly more bits, bobs, and creature comforts.

Renault has their own Formula One team, now known as Alpine, which provided some clever F1 technology for the new Megan estate. The E-Tech system pairs two electric motors with the car’s 1.6 litre petrol engine and a multi-mode clutchless gearbox. The front wheels are driven by the larger of the two electric motors, while the smaller motor is used to power up the petrol engine in order to match it to the vehicle’s road speed for a smooth, clutchless gearchange. According to Renault, on the electric motor alone the Megane can cover 50km at up to 135kmph on electric power alone.

The car drives rather nicely; however, you will notice that the brakes can be a little jerky, like in any hybrid, because of the regenerative braking system. The engine can also make some unusual noises because it also acts as a generator for the batteries, to ensure that the car always takes off in electric mode. In the power department, she offers up 160hp and 275lb ft of torque, giving it an un-embarrassing 0-to-100kmph time of 9.8 seconds.

Personally, I prefer estates to crossover SUVs, so I am a little biased here, but with a 447-litre boot I think there’s no reason to be concerned about space for child or hobby-related accoutrements. There’s plenty of headroom in the car for taller drivers and lots of room in the back for kids. The seats are lovely looking and comfortable; however, the seat controls are manual, which can feel a little bit old world, if you’re used to electronic controls. It also produces a meagre amount of C0² emissions at 29g/km (30g/km), while getting claimed consumption figures of 1.3g/km (1.3g/km).

In the con pile is its ludicrously small glovebox. I’d question whether or not you could actually get a pair of gloves in there at all. I’ve seen this before in Renaults and last time I was told that there was a fuse box behind it and the firm were reluctant to move it for the right-hand drive market. I’m not sure if this is the case this time round, but either way, it’s impractically small.

The Renault Megane IV Sport Tourer PH2 I was testing, with its Iconic E-Tech Plug-in Hybrid 160 auto set up came in at €34,990 before the SEAI grant, which takes the price all the way down to €31,856. My test car had a wealth of optional extras, which brought it up from the entry level price of €25,690. All-in-all, it’s a big, frugal, useful, everyday car that’s very well priced. And that’s coming from a brand snobbish boy racer, like me.

I liked the Renault Megane Sport Tourer, I’d love it if they made a Megane RS version, but I don’t see it happening. If you’re looking for a frugal, inexpensive, versatile family car, then take it for a test drive.