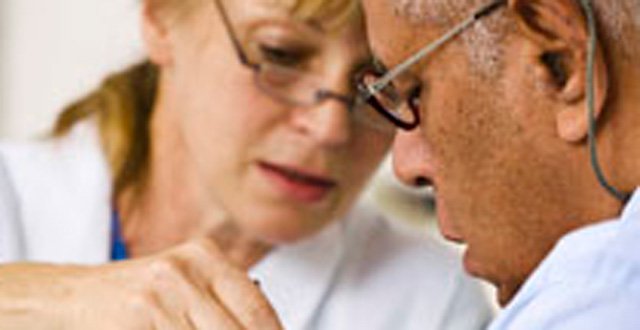 However, HSE General Manger Ms Catherine Donohoe told the recent 2015 ICGP Winter Meeting that the Executive can direct doctors to national contact points (NCPs) in EU countries. She added that queries about doctors in the EU can be forwarded by the HSE to the European Commission (EC) Internal Market Information (IMI) system, which would obtain the doctor’s registration details.

Ms Donohoe underlined that HSE managers and clerical officers would not identify a doctor outside the Republic of Ireland to which to refer. GPs at the meeting called for “a road map” so they could access reliable information about facilities and doctors abroad. They also criticised the lack of publicity on the CBD aimed at medical professionals, particularly in light of “abhorrent” waiting times for assessment and treatment in Ireland.

During the session, Ms Donohoe confirmed that patients can present a waiting list letter, in lieu of doctor referral, to access care under the CBD.

HSE literature states that the patient and their referring doctor must satisfy themselves of “the qualifications, quality and safety of the services being availed of in the other jurisdiction”. An EC spokesperson told the Medical Independent (MI) that there are “still challenges” on accessing and sharing information related to cross-border healthcare.

Medisec CEO Ms Ruth Shipsey, who attended the ICGP meeting, informed MI that a GP (or any doctor) must exercise proper care in the choice of treatments that they advise for their patients, and in the advice they give them about material risks and alternatives.

“When a GP is making a referral, whether it is in Ireland or abroad, they must be satisfied that it is in the best interests of the patient, the treatment suggested is appropriate and the provider to whom they refer is competent and appropriately skilled to provide the treatment required for their particular patient’s condition,” Ms Shipsey told MI.

Ms Shipsey said that, in respect of the CBD, GPs would be “unlikely” to have specific knowledge about the healthcare system abroad or particular healthcare providers.

‘All doctors referring public patients through the Cross-Border Directive should, in conjunction with HSE guidance and with use of the NCP, satisfy themselves as to the qualifications, suitability and practice rights of the service provider abroad’

She pointed out that there would be exceptions, most likely in respect of knowledge of specialists in Northern Ireland/the UK.

As regards patients facing waiting lists for treatment, Ms Shipsey said the GP should be in a position to inform the patient about the CBD and offer to put them in contact with the HSE NCP, which can link them with the relevant NCP in another EU country.

Dr Gordon McDavid, medico-legal adviser at Medical Protection, told MI: “All doctors referring public patients through the Cross-Border Directive should, in conjunction with HSE guidance and with use of the NCP, satisfy themselves as to the qualifications, suitability and practice rights of the service provider abroad. They should also follow guidance from the Irish Medical Council about referral procedures and ensure the patient is well informed, the risks are communicated and consent to referral is clearly documented.”

Meanwhile, a spokesperson for the State Claims Agency (SCA) told MI: “This is a policy matter for the HSE and voluntary hospitals. The SCA does not have any remit for policy matters and it has not identified such referrals as a particular claims exposure risk, given that there would be a risk transfer to the recipient health enterprise and doctor abroad.”

The CBD became effective in Ireland in June 2014. In the seven months to December 2014, 16 pro-forma invoices were received for reimbursement. However, this rose to 80 for the period January to July 2015, inclusive.

Orthopaedic and orthodontic services accounted for 41 per cent of accessed treatment. The UK has been the country of treatment in just over half of cases, followed by Poland (30 per cent).

Ms Donohoe clarified at the ICGP meeting that GPs are permitted to refer patients for MRIs under the CBD.

According to the HSE, funding will only be reimbursed for healthcare that is publicly funded and available in Ireland.  Reimbursement will be made in line with published reimbursement rates available from the NCP. The travel expenses of the patient will not be reimbursed under the CBD.

A patient may avail of healthcare in a public or private facility abroad, but reimbursement is up to the cost of that healthcare in the public system of the home country.

Hospital care involving overnight accommodation requires prior authorisation from the HSE. However, the pro-forma invoice is for all treatments — inpatient, outpatient or day case — and is submitted with the invoice from the hospital for the treatment, the receipt and the proof of travel.

The application form is for instances where the patient is seeking to access inpatient care and is seeking prior approval for same.

There is no prior approval for outpatient or day case treatment, therefore there is no application. The patient uses the referral (or waiting list letter) to organise his/her appointment and then seeks reimbursement in due course.

According to the HSE, the CBD has no designated budget but rather is demand-driven. In 2015, estimated spend on treatments availed of via the CBD was circa €1 million.