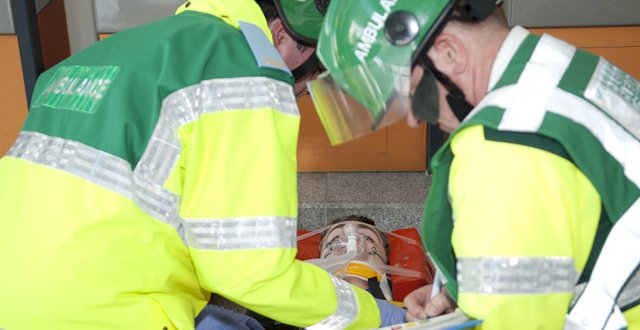 Motorcycle units are used by emergency services as a means of reaching patients faster in heavy traffic or difficult-to-access areas, often stabilising them before an ambulance can reach the scene.

Three NAS personnel are deployed to the MRU, namely a paramedic supervisor and two paramedics. This is the same number of staff as when the unit was established in 2000.

During the 12-month period to June, the unit responded to incidences in Dublin city and county, and in counties Meath, Wicklow and Kildare.

Some 1,189 incidents were assigned to the unit, according to a log provided to MI under Freedom of Information legislation.

According to the HSE, a rapid response vehicle (RRV) assigned to the unit is deployed in instances where weather and/or terrain precludes safe use of a motorcycle. Approximately 9 per cent of calls  during the 12 months were responded to by the RRV.

Currently, there are six motorcycles attached to the unit — three BMWs, which cost €15,000 each, and three Harley Davidsons at €18,000 each.

Asked why the MRU had not expanded to areas outside Leinster, a HSE spokesperson told MI: “The NAS has introduced RRVs, namely cars and four-wheel drive vehicles, which are suited to both urban and rural areas. Motorcycles are more suited to urban areas.”

The work of the MRU featured in the television documentary series Paramedics, which was broadcast earlier this year on TV3.

Mr Tony Kelly, a paramedic who works at the unit, told the documentary there are over 250 pieces of equipment on the motorcycle, including a maternity kit and resuscitation equipment.