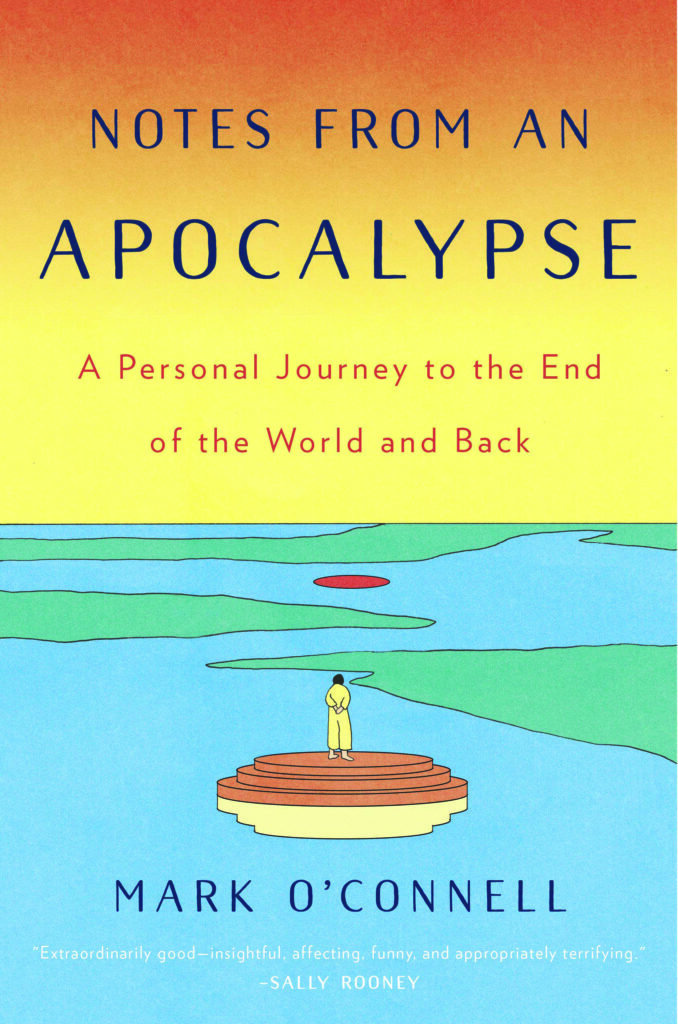 TITLE: Notes from An Apocalypse: A Personal Journey to the End of the World and Back

The Covid-19 pandemic changed everything. Or did it? There is no doubt that the outbreak, which started in China in late 2019, turned our world upside down within a matter of months. Healthcare was transformed. Economies ground to a halt. Morbidity and mortality soared. Everyone became anxious, often with good reason. In addition to these understandable reactions, however, some people went that little bit further. They saw the pandemic as not only a public health problem, but an existential crisis for humanity, an event that fundamentally changed what it means to be human. Others saw it as the start of the end of the world. It was always thus. Ever since the world began, people have announced that it is about to end.

The doom-merchants and nay-sayers have always been with us, warning that annihilation lies just around the next corner, just over the next hill. They have always been wrong. Bad things happened – terrible pandemics, dreadful wars and various other misfortunes – but humanity has always marched on. We have been battered and bruised, but our world has never ended. At least, not yet. By definition, writing about the end of the world means that the world has not yet ended. If and when the end finally comes, there will be no one left to write about it, presumably. So, writing about the apocalypse will always involve prediction and guesswork. Mark O’Connell’s new book, Notes from An Apocalypse: A Personal Journey to the End of the World and Back, arrived into this noble genre garlanded with praise from the New Yorker, Economist, and Wall Street Journal. They are right. It is well worth a read. O’Connell lives in Dublin with his family and is a contributor to The New York Times Magazine, Slate, and The Guardian. Many readers will be familiar with O’Connell’s previous book, To Be a Machine, which was awarded the 2019 Rooney Prize for Irish Literature and 2018 Wellcome Book Prize, and was shortlisted for the Baillie Gifford Prize for non-fiction. In his new book, O’Connell notes the ubiquity of apocalyptic omens and doom-laden messaging in recent times and sets off in search of answers.

On his journeys, he meets conspiracists and colonists, visits billionaires’ retreats and survival bunkers, and goes to places such as Chernobyl, where apocalyptic-type events have already occurred. What can these places teach us? Do they point to a dystopian, quasi-apocalyptic future? I was especially interested in O’Connell’s trip to Chernobyl, starting with his doubts about going there in the first place and culminating in the strange practicalities of a visit to such a conflicted, symbolic site. O’Connell quotes Diderot: “The ideas ruins invoke in me are grand.” O’Connell certainly does not shy away from grand ideas in his own book, although he has a knack for combining big concepts with telling aspects of everyday life, bringing vast existential fears back home to our day-to-day existence. We might have infinite anxieties in our minds, but we routinely live them in each detail of our lives. Inevitably, perhaps, O’Connell’s chief findings pertain to how we live today, rather than how we are likely to perish tomorrow.

Fears about apocalypse are shaped by the times in which such fears emerge, rather than any actual knowledge of impending doom. As a result, our current fears of annihilation tell us more about the present than the future. Covid-19 is a good example of this. Virologists had been warning for many years that a pandemic of this sort would appear. Their warnings were such a staple feature of scientific discourse that many people concluded this is just what virologists do: Warn about pandemics. But the virologists were right, as Covid-19 proved. One of the reasons why their warnings were not heeded is because so many people make spurious predictions about apocalyptic events that the real scientific warnings get drowned out.

The usual doom-merchants, who know nothing of virology and have no evidence for their claims, should not feel vindicated by the current pandemic: Even a stopped clock is right twice a day. If anything, Covid-19 highlights the importance of separating evidence-based predictions, such as those of the virologists, from the clamour of baseless prophecies that seem so ubiquitous in recent years, but are really a constant feature of the human condition. One of the best ways to do this is to try to understand why people continually predict the end of the world, how this influences their behaviour, and what they are really talking about when they talk about perdition. Mark O’Connell’s excellent, entertaining book makes a valuable contribution to this task. Best read it soon, though, as the end might be nigh.

Brendan Kelly is Professor of Psychiatry at Trinity College Dublin and author of Coping with Coronavirus (Merrion, 2020)