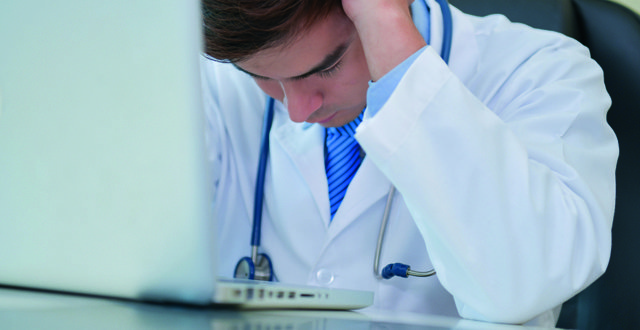 I’ve written before about the practical challenges that come with the annual mass changeover of NCHDs every July: The financial pain of emergency tax, the delays in getting contracts and call rotas, the vast expense and inconvenience of moving across the country. As I go through another year on the merry-go-round, another element has struck me. I don’t think we consider the often quite significant emotional challenges and stress that can come with changeover.

Most people in other fields would change jobs only a couple of times in their life. It’s a considered a huge life stressor, up there with bereavement or moving house. NCHDs are expected to do it up to four times a year without complaint.

A lot of the stress comes from being thrown into a new post, or for those of us early on in our careers, completely new specialties. Last year I went from a psychiatry multi-disciplinary team on the Friday to scrubbing in on a caesarean section on the Monday morning, a culture shock to say the least. There is often an expectation from other staff that we know exactly what we’re at when there can be a fair amount of bluffing for the first few days. Learning curves are steep, but it can take until August for most people to bed in and feel fully comfortable with what they’re supposed to be doing.

Even the little things about being in a new hospital where everything is unfamiliar can become wearying, like not knowing the shortcut to the wards down the back stairs, the phone number for the biochem lab or the quirks of the ancient computer system. Often by the time you’ve learned all the tricks, got into the ward clerk’s good books, found out where the prescription pads are kept and the secret stash of pods for the chute system are hidden, it’s time to move on and learn it all over again.

But it can also have a huge impact emotionally. It can be very socially isolating to move across the country from supports like family, friends or partners and having to set up in a new town, in a new house with new housemates that you also have to negotiate and get on with. You have to figure out your new team, the people you will spend the vast majority of your waking hours with. By the end of a rotation, the relationship you have with the people you work with becomes almost that of a family (for good and for bad), but it certainly takes a long time to get to that point and the first few weeks can be quite lonely and stressful.

It is important to consider the impact that changeover can also have on patients and their families who can find it quite disruptive to have the team of doctors looking after them completely change over the course of a weekend. Although studies have shown that the much-purported ‘July Effect’ where mortality apparently increases around doctor changeover in July isn’t as strong as widely believed, it still can be a very stressful time. It also has an impact on other staff, particularly nurses, who are generally fairly patient with us as we flounder through those first few days on their ward.

There is a lot that hospital management can do to ease the transition. Making induction as relevant as possible would help. Sure, there are mandatory things that we need to be told, such as bloodbank safety and GDPR and the wonders of a sharps bin, but little things such as a map of the hospital, canteen opening hours and where to get the best coffee would make life more pleasant for the first few days. Streamlining access to basic things like ID cards and computer logins sounds obvious, but every year it seems to catch hospitals completely by surprise that a huge chunk of their workforce completely changes come the second Monday in July. It’s stressful enough being on call in a new job let alone not being able to open any of the doors or get access to any radiology or blood results.

However, I was heartened to see that this year some hospitals have started initiatives such as putting together guides of the local area for interns, listing attractions, gyms and things to do. Intern year is by far the most overwhelming transition of all and anything that can make it a little bit easier is to be applauded.