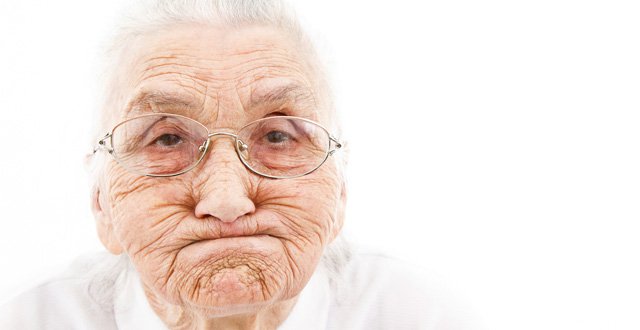 Happiness matters to everyone.

While this might seem like an obvious statement, it is only in recent decades that policy-makers and researchers have taken happiness seriously. What have they found and how does it help?

Happiness varies with age, with the youngest and oldest experiencing greatest happiness. For many, the low point occurs in the early to mid-40s, when professional and personal life are at their most intense. This u-shaped distribution of happiness across the life-course has been reported in the US, Europe, Latin America and Asia, in over 70 developing and developed nations.

What about gender? Studies from the US in the early 1970s showed that women were more likely than men to report being ‘very happy’, but in the 1980s the gap between the genders narrowed. Happiness ratings have now converged more or less on the mid-point: Men rate themselves as just as happy as women, if not more so.

Good health is the largest single predictor of happiness. Mental health is especially important, but so is maintaining good general health and having a reasonable, healthy lifestyle. Happiness is also associated with a low-conflict upbringing, living in a stable community and holding clear personal values (including religion). Happiness increases following the birth of a child but this boost may last only for a couple of years.

Happiness decreases dramatically if you are unemployed and a 10 per cent increase in national unemployment makes everyone unhappy. Happiness increases with income up to a certain point, but there is little incremental increase beyond that point. This makes sense — earning a million euro when you have just one euro in the bank will make you much happier than earning a million euro when you already have one hundred million. Relative income also matters — a majority of people think it’s more important to earn more than their neighbour earns, rather than increase the absolute amount that they earn themselves.

All of these factors together, however, explain less than 25 per cent of the variability in happiness between people. Other factors must also be at play. But what?

Surprisingly perhaps, genetic inheritance is very important here. Studies of monozygotic and dizygotic twins show that even when twins are reared apart, levels of happiness are much more alike in monozygotic twins than in dizygotic twins. This suggests that there is a degree of genetic pre-programming for happiness, accounting for an estimated 50 per cent of the variance in happiness between individuals.

This, then, leaves just 25 per cent unexplained. Do we have any hints about this? Research points to the importance of belonging to a network of happy people, having good family relationships, maintaining high community trust and experiencing satisfaction with democracy.

There are also differences between countries, with Denmark generally reporting the highest self-rated happiness of any European country.

What about Ireland? As Irish people, we have traditionally rated ourselves as very happy, happier than most other countries in the world. The past 15 years, however, saw real challenges to this position and our research at Trinity College Dublin and University College Dublin, based on data from the European Social Survey, demonstrate key trends.

In 2005, average self-rated happiness in Ireland was 7.9 out of 10 (where 0 means ‘extremely unhappy’ and 10 means ‘extremely happy’). By 2007, this had decreased to 7.7 and by 2009 it had fallen to 7.5. The decline continued until 2012, when mean happiness bottomed out at 6.8, as the recession was most widely felt. By 2014, as the recovery took hold, mean happiness recovered significantly to 7.2. In 2016, Ireland was ranked 19th-happiest out of 157 countries in the World Happiness Report compiled by the Sustainable Development Solutions Network.

So what does any of this mean? What can we, as individuals, do in order to be happy? Here is a list of (variously achievable) priorities: Maintain good health; work for a society in which everyone has a level of income sufficient to cover basic needs and live with dignity; maintain stable communities; hold clear values; link with happy people (and be a happy element in your own network of family and friends); and support the development of strong democratic values: Voting, participating in political debate, and staying involved in community and social life.

Two final points. First, psychological research strongly advises that you stop comparing yourself to other people; that is an almost certain path to unhappiness. It is probably impossible to avoid comparison entirely, but it is important to try.

And finally, despite everything I have said here, do not obsess about happiness. In the words of Thoreau: “Happiness is like a butterfly: The more you chase it, the more it will elude you, but if you turn your attention to other things, it will come and sit softly on your shoulder.”