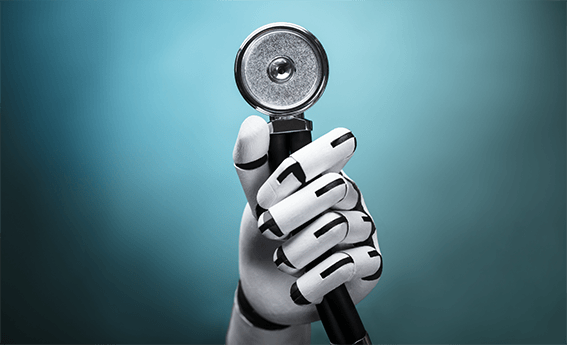 Clinicians need to understand how new technologies will be implemented to truly benefit patients and be ambassadors of this process, Consultant Cardiologist Dr Paddy Barrett told Sarah Gallagher

“In isolation, using technologies like wearables — by just giving patients the information in a siloed fashion — will not be adequate in any way, shape or form,” Consultant Cardiologist Dr Paddy Barrett, told the Medical Independent ahead of the RCPI Digital Health Conference in December, where he will be presenting.

It is a “fallacy” that patient behaviour will improve just by giving them wearable, health-monitoring technology, according to Dr Barrett.

“We also know that if you put an over-emphasis on one particular wearable metric — we’ll say, step counts — you can take the focus off other issues, like for example diet, when people are trying to change weight, and you can do more harm than good.”

Nevertheless, the appropriate use of technology is key to managing chronic disease into the future, he underlined.

“We know that using these technologies in a context of other ecosystems that can integrate that information appropriately will almost certainly be part of how we deliver care for chronic disease management around diabetes, hypertension control, COPD, heart failure, coronary artery disease.” These will be the technologies that assist in managing patients at home, in keeping with the worldwide shift of healthcare delivery closer to home.

The main focus of the upcoming RCPI conference is the reality that digital health is “a growing part of our future in healthcare”, said Dr Barrett.

“And that we as clinicians and broader healthcare organisations need to understand how it will be implemented and be ambassadors in terms of how that is shepherded in.”

Dr Barrett, a Consultant Cardiologist at the Blackrock Clinic, Dublin, has a particular interest in how these digital technologies are going to shape the future of medicine.

“The overall concept of the meeting is really from concept to clinical practice… to take the ideas from prototype… from an engineering background point of view, and then to see how they get translated through the clinical pathway so that they get into the hands of patients.”

In the future, people may see “the use of newer types of technology that we wouldn’t have seen in the past, particularly the introduction of newer sensor technologies, artificial intelligence, virtual reality, augmented reality, and the use of these technologies in service of better diagnostics and therapeutics. But also focusing on very much… unmet need areas, particularly, say, behaviour change.”

There is scope to leverage technology in services with a substantial unmet need, such as provision of cognitive behavioural therapy (CBT).

“So for example, if you look at CBT, which would be one of the standard therapies in psychiatry that’s often delivered in an in-person fashion… there’s rarely enough people to go around to actually deliver that care,” explained Dr Barrett.

“What we can actually see happening is that the technology that we will be deploying can either do this remotely so people will not have to travel, and so that you can scale the impact of one physical person — or secondarily, that you can complement that with automated processes that can actually do that.”

This will allow healthcare professionals to “reach far more people utilising the same number of a skill base”.

“Most of what we will be delivering is not going to be very much different than [what] we had in the past, but we will be able to deliver it in a very different way,” according to Dr Barrett.

Dr Barrett’s expertise in the area of technology is “far beyond just a personal interest”.

He was previously based at the Scripps Translational Science Institute (now known as the Scripps Research Translational Institute) in the US, which he described as “an institute focused on the introduction of new technologies and is about translating these early stage — particularly digital — medicine technologies into clinical practice”.

Dr Barrett also spent a number of years working with “probably the godfather of all digital medicine technologies” — American cardiologist and geneticist Prof Eric Topol. “So I’ve been formally working in this field for well over seven years, and I’ve seen its evolution,” he said.

As a consultant cardiologist, Dr Barrett is aware that emerging technologies can have an impact on heart health in the future, specifically around the prevention of heart disease. A significant element of this will be about gaining information about how individuals make decisions and use it to encourage better behaviour, in order to prevent heart disease.

According to Dr Barrett, approximately 80 per cent of coronary artery disease is preventable.

“So the fundamental basis for that prevention is changing people’s behaviour and that is a number of strata of issues, in terms of providing people with the right information at the right time…

“We had historically believed that just simply giving people the information, their clinical information, be it their blood pressure or their blood glucose… was going to be sufficient to change behaviour — and the evidence has really mounted-up that, in isolation, that is inadequate.”

He believes physicians need to have a better understanding of patients’ psychographics to examine how individuals make decisions.

When patients’ psychometrics have been gathered, “we need to integrate that piece of information with providing them the right contextual information to make the best behaviour change.

“And this is eminently possible because we’ve seen it’s been done in a very nefarious way with the use of psychographic profiling, for example, with Cambridge Analytica and their involvement with the US presidential elections, or Brexit.

“So we know that it can be done for nefarious purposes and the issue is that we need to harness the power of these technologies for good rather than bad, and clearly it’s a harder proposition, but we know that there is an endless potential there.”

However, what is his response to those who fear technology will replace human beings? Dr Barrett referred to Mr Vinod Khosla, billionaire businessman and venture capitalist, who said in 2012 that technology would replace 80 per cent of what doctors do.

“I think when you hear that statement, it’s very concerning, but the reality is that he didn’t say 80 per cent of doctors, he said 80 per cent of what doctors do. And I really do hope that that is the case,” stated Dr Barrett.

These technologies would be replacing things that doctors do “as a matter of automation… by replacing those, it will free us up to do the things we actually desire to do more of, which are more likely to be operating at the top of your license, or actually spending more time with patients.”

Dr Barrett mentioned another “favourite quote” in which American clinician Dr Daniel Kraft said artificial intelligence will not replace doctors, but doctors who use artificial intelligence will replace doctors who do not. “I don’t think it’s going to be replacing people, but it will be replacing jobs that we currently do… the real skill set is that if you are unwilling to embrace these new technologies, you will likely be left behind,” advised Dr Barrett.

“My take on all this is that technology is neutral, and that the integration of technology and particularly digital health technology, is really at the early stage of implementation. The way I personally see it is that when Steve Jobs and Bill Gates said that the early stage of personal computers were going to revolutionise the way we work, it was a huge cognitive leap for anyone to make at that time — to think of how the world would be different.

“But I think if we view it through that lens and we look at these currently-available, early-stage, technologies as being very much representative of the early personal computers, we have to think about it in terms of how that landscape will look in 15 years and I think it’s going to represent a very, very different healthcare system and we need to be the ambassadors of how that system grows for the benefit of patient wellbeing.”