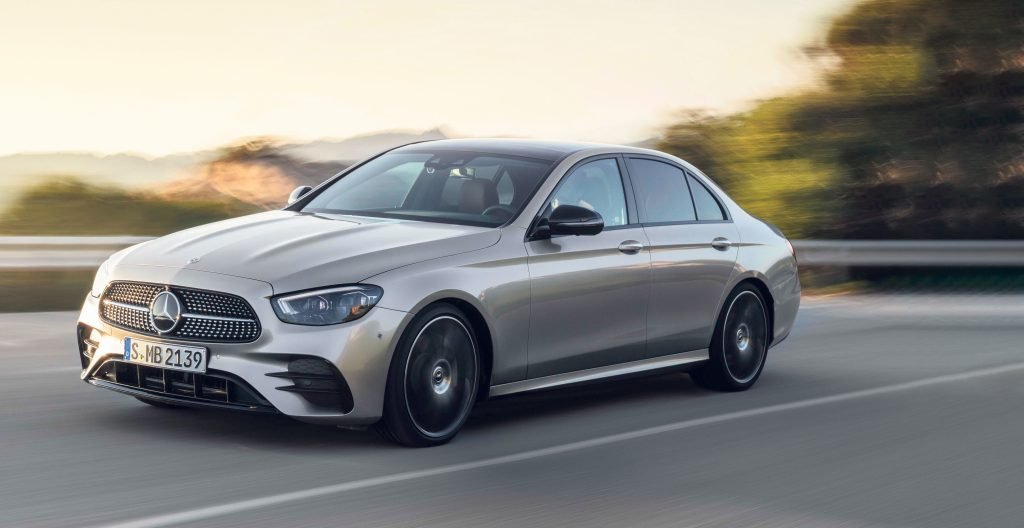 The curve is flattening thanks to the tireless work of doctors, like you, throughout Ireland. I’m sure we still have a long way to go and I can’t imagine the pressure many of you have been under over the past three months, so thank you.

Following on from the last issue’s GLA report, I’m back again with the choice German marque, Mercedes-Benz, taking a look at some of their upcoming offerings for the second-half of 2020. Very few new cars have been sold in Ireland because of Covid-19; in fact, according to the CSO, a year-on-year decrease of 90.3 per cent was recorded in April and a drop of 83.7 per cent recorded in May. So, as you can imagine, the car brands, like all Irish businesses, are keen to get moving. For the second half of the year, Mercedes-Benz is offering a range of hybrids and other new models that are planned across a number of key segments.

Enter the world of executive saloons with Mercedes’ famous E- and S-class offerings. In July, the all-new E-Class will hit showrooms around Ireland, while those of you with the patience and bank balance to opt for the revered S-Class will have to wait until later in the year for the latest incarnation.

A major focus for Mercedes over the coming six months and beyond will be the emergence of hybrids as a mainstay of the German brand’s offerings. Describing their 2020/21 line-up as “the most inclusive and ecologically-attuned” range of models ever introduced by Mercedes-Benz, Mr Ciaran Allen, their sales manager for passenger cars in Ireland, said: “Coming is a range perfectly configured for those socially-concerned owners who seek to future-proof their motoring requirements.”

Of the hybrids, the first to arrive in Ireland will be the E300de and the E300e saloon and estate models. In addition to these new models, buyers can expect to see hybrids occupy an increasingly significant place in Mercedes-Benz planning. In this respect, their recently-established Mercedes EQ division is expected to introduce an impressive 16-strong line-up of hybrid vehicles, with their new-generation compact cars, the C-Class, GLC and GLE ranges among those predicted.

Describing them as “vehicles that deliver the best of all worlds”, Mr Allen said: “Through their concentration on hybrids, Mercedes-Benz is poised to capture the growing worldwide demand for this technology amongst eco-conscious motorists.”

In the SUV segment, we have the GLB and the GLA, which was covered in a recent Medical Independent. The GLA will see a small price increase on the outgoing model, which currently starts at €38,800. This new version comes with a higher spec, some new technical innovations, as well as more interior space and boot volume among its key features.

The other SUV offering is the GLB, and for the first time for a Mercedes-Benz in its class offers a seven-seat version. The seven-seat family SUV comes with a third fully-retractable row of seats that pull out from the floor of the boot. The GLB price starts at €42,350.

I haven’t taken any of these models out on the open road, so I can’t recommend them; however, looking at the spec lists and offers, I feel there’s no harm in downloading a brochure or two for this new world of hybrid Mercedes-Benz.