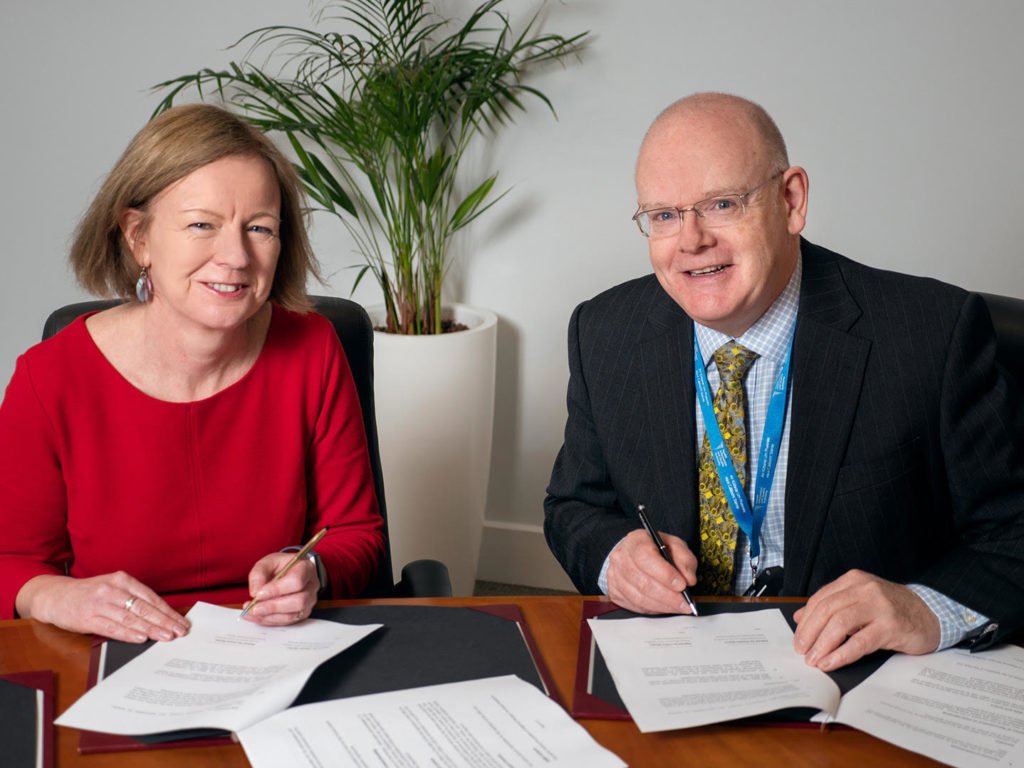 HIQA CEO, Phelim Quinn, and the Director General of the Environmental Protection Agency (EPA), Laura Burke, have signed a memorandum of understanding (MoU) to formalise current and future cooperation between both organisations.

HIQA and the EPA share responsibility for the regulation of ionising radiation. The aim of the agreement is to facilitate the exchange of information to support each organisation to fulfil its functions. HIQA is the competent authority for regulating medical exposure to ionising radiation in Ireland, while the EPA is the competent authority with responsibility for occupational and public exposures to ionising radiation. Services that will be regulated by both agencies include public and private radiological, radiotherapy, nuclear medicine and dental facilities.

HIQA CEO Phelim Quinn commented: “Regulation of medical exposure to ionising radiation helps ensure that each hospital, dentist or clinic that administers radiation meets Irish and European legislative requirements. Regulation drives better, safer care for patients. As HIQA and the EPA jointly regulate and inspect this sector, this memorandum of understanding will help maintain cooperation between both regulators and support a comprehensive approach to radiation safety for service providers and service users.”

At the signing of the MoU, Laura Burke, the EPA’s Director General said, “I am extremely pleased to be signing this agreement today, which demonstrates how strong cooperation between regulatory bodies can lead to greater safety and better outcomes for users of our health services.”