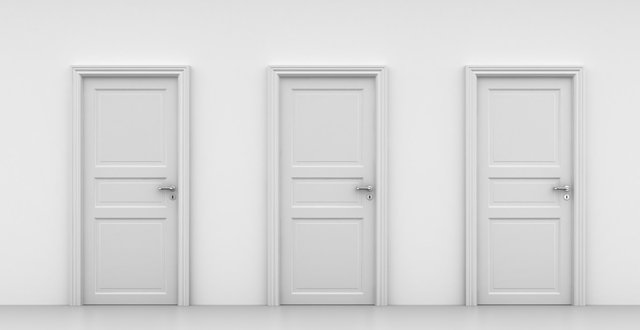 Hundreds of patients who were approved for treatment – and hundreds more who were recently diagnosed with hepatitis C – now face uncertainty as to when they can access direct-acting antivirals (DAAs), which cure most cases of hepatitis C virus (HCV).

The roll-out of DAAs to newly-approved patients –and the receipt of applications to ensure patients are admitted to the treatment programme – were suspended last month by the HSE at short notice.

It is understood 1,600 patients were due to commence treatment this year. Stakeholders in the area of hepatitis C remain in the dark as to the reasons behind the surge in applications. It is understood that much of the €30 million budget for DAAs in 2017 has been spent. MI also understands that one factor has been a higher number of patients with the more aggressive genotype 3 HCV entering treatment.

The HSE maintained that the greater numbers of patients being treated in recent months “is indicative of the huge efforts being made at treatment sites to provide patients with treatment”. Patients are prioritised “according to clinical need and eligible for treatment once approved by the PCRS as having a valid PPSN”, said a spokesperson.

“The programme has always operated on the basis that those with greatest clinical need are prioritised by their clinician,” they added. “Access to treatment was previously based on patients having a Fibroscan score of above 8.5kPa and previously above 12.5kPa, however, the programme was advised by its CAG [Clinical Advisory Group] in early 2017 that these restrictions were prohibitive in allowing greater numbers of patients receive treatment and some had indicated that they had no patients meeting this criteria as they had already treated those with higher Fibroscan scores and so therefore on clinical advice from the prescribing clinicians the programme agreed to the removal of the Fibroscan criteria and patients therefore are prioritised on clinical need as determined by their consultant.”

The HSE said that the CAG to the National Hepatitis C Treatment Programme (NHCTP) was advised “in recent months” that restrictions on treatment “may need to be applied during the year and that activity versus available budget was being closely monitored”. The HSE’s spokesperson added: “The CAG was advised of restrictions in relation to certain patients (genotype 3) in June 2017 and then were advised of the further restrictions as soon as was practicably possible following the surge in the reimbursement claims during the month of June.”

Ms Nicola Perry of the addiction and hepatitis C support service Community Response, who serves on the NHCTP’s programme advisory group, said the suspension of the DAA treatment programme to new patients was a major surprise to clinicians and community stakeholders.

In Ireland, there are tens of thousands of people chronically infected with HCV, a high proportion of whom are unaware of their infection. In the Irish context, the largest risk group for hepatitis C are people who inject drugs. Clinicians and community advocates have repeatedly underlined that more HCV care needs to be moved into the community, as many homeless and/or drug-using patients do not keep hospital appointments.

However, the freeze on new patients now looks set to impact the HSE’s community initiative on DAAs, which it has only recently initiated. Under the national treatment programme, there are currently seven patients approved and receiving treatment through the community treatment pilot sites based at two drug treatment centres. MI understands that it was planned for treatment to be rolled out to around 100 people at three community sites this year.

Ms Perry of Community Response said it had undertaken a preparatory course with seven people who expected to commence treatment in the community through the NHCTP and are now left in limbo.

She said much effort has been made to ensure this difficult-to-reach and vulnerable population are aware of the treatment available and encouraged to take it up. Now, however, many people believe that HCV is either not as serious as they have been told or that they are simply not considered as people worthy of treatment by the health service.

“I cannot imagine what it feels like for the clinicians, but even for us, we feel a bit disingenuous right now,” added Ms Perry. “We have been speaking to people in groups, we go into a lot of [addiction] residential treatment centres around the city and further afield and we have been saying ‘this is really important, get tested, know where you stand, there is a cure available out there’…Now we are being questioned.”

She said it is imperative that cirrhotic patients are treated as soon as possible.

Last month, the HSE said that over 1,500 patients had commenced treatment since 2015.

“Prof Norris was not in a position to continue as Clinical Lead beyond this period and so she returned to clinical duties following the end of the one-year secondment. The National Hepatitis C Treatment Programme Clinical Advisory Group is currently being chaired by Prof Aiden McCormick, Consultant Hepatologist in St Vincent’s University Hospital on an interim basis until such time as a Clinical Lead has been appointed. The HSE is in the process of recruiting a Clinical Lead,” a spokesperson said.