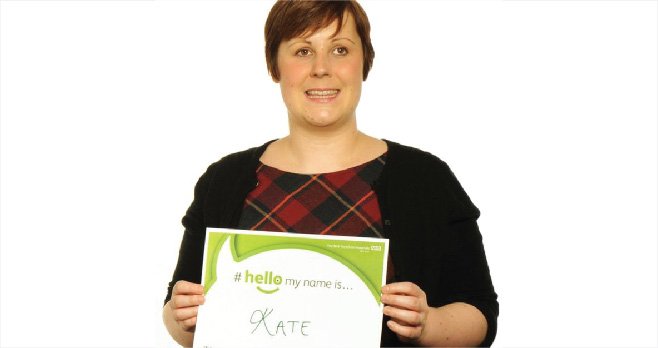 As luck would have it, my family and I have been on the receiving end of medical care in a number of different institutions over the last couple of months. We’re all fine, thanks for asking.

The care received in the different hospitals was excellent – timely, appropriate with clear explanations of all aspects of care and refreshingly, for a medical family, nothing taken for granted.

But despite the high quality of the medical care, some of the interactions left us feeling a little underwhelmed. The ones that did so went a bit like this:

“Good morning. Can you fill out this form and sit over there. Thanks!”

“You’re here under Mr Smith for a colonoscopy. Who’s your GP again?”

“Hello. I’m the medical reg on call and I’m just going to put a needle in your arm. Can you confirm your name and DOB? Just a scratch!”

All standard hospital interactions that any of us might recall, all delivered with a smile. But it was an interaction with a lady from hospital catering that made me realise what had been missing:

“My name is Jacinta. How’re you fixed for a cup of tea?”

Whereas there is a warm fuzzy glow that comes about from the promise of a cup of tea and a slice of toast, the interaction felt nice. Of course it had nothing to do with either. Someone had actually introduced themselves to us by name. It felt nice.

So why don’t people do it automatically? Is it an omission brought about by lack of training, compassion fatigue, bad habits, or an inability to put ourselves in our patients’ shoes? Sometimes being on the end of medical care can feel like being ‘processed’ in an airport by a member of staff working for a low cost airline. The hotel industry seems to understand the importance of a good introduction (have you checked in to a nice hotel recently?) and yet in healthcare the common courtesy of an introduction doesn’t always happen. We should know better.

Over the five-day admission I lost count of the number of times I have to ask staff members for their names. It feels awkward and wrong. Introducing yourself is the first basic step taught in any clinical interaction for any healthcare professional

Dr Kate Granger, a UK-based doctor who has terminal cancer, is on a mission to get all of those in healthcare to introduce themselves to patients.

While undergoing treatment for her cancer she noticed that members of staff repeatedly failed to introduce themselves. Writing in the BMJ she describes her experience:

“Over the five-day admission I lost count of the number of times I have to ask staff members for their names. It feels awkward and wrong. Introducing yourself is the first basic step taught in any clinical interaction for any healthcare professional, but do we ever stop and think about how important this is? As the patient you are in an incredibly vulnerable position. The healthcare team knows so much personal information about you, yet you know next to nothing about them.”

So Dr Granger decided to start an online campaign using the hashtag #hellomynameis where NHS staff are encouraged to introduce themselves to patients. It has struck a chord – it has been supported by 400,000 doctors, nurses, healthcare assistants, student nurses, receptionists, and porters. The campaign has been endorsed by David Cameron, Jeremy Hunt, Bob Geldof, Atul Gawande, Richard Branson, and Drew Barrymore. It has taken off in many countries and has become embedded in healthcare settings in the UK, in Australia, New Zealand and in the Middle East.

Dr Granger hopes to see the movement spread to Ireland and there is even an Irish version of #hellomynameis. Speaking on a recent trip to Dublin she said:

“I really believe that if we can start to get the basics of communication, like introductions, right for every patient, every time, we have a real chance of improving both experience and safety in healthcare. It would be wonderful to see every healthcare organisation in Ireland supporting the campaign and really living by its values.”

Introducing ourselves by name makes our patients feel more human. It might just have the unexpected benefit of reminding ourselves that we are too.