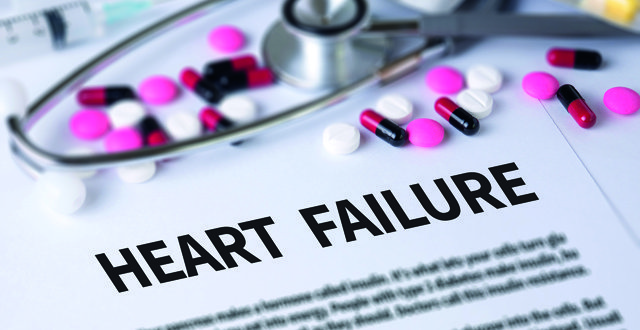 As many as 50 per cent of heart failure patients are iron-deficient.

Iron deficiency is easily measured and intravenous iron supplementation in iron-deficient patients with heart failure and reduced ejection fraction (HFrEF) has been shown in clinical trials to improve quality of life.

Iron deficiency affects more than two billion people worldwide and is the most common form of malnutrition that exists. Up to 9 per cent of women are iron-deficient.

Iron deficiency can occur with a normal haemoglobin level, ie, in the absence of anaemia.

The second type of iron deficiency is functional iron deficiency, in which the availability of iron for metabolic processes is restricted, despite preserved iron stores. This is characterised by low transferrin saturation  (TSAT).

In patients with HFrEF, iron deficiency is associated with impaired aerobic performance as assessed by cardiopulmonary exercise testing. Similar effects have been seen in patients HFpEF.

Iron deficiency is also associated with decreased health-related quality of life, as assessed by the Minnesota Living with Heart Failure Questionnaire. In both HFrEF and HFpEF, iron deficiency predicts increased long-term all-cause mortality, independent of the presence of anaemia.

The most common IV iron formulation administered in patients with heart failure is ferric carboxymaltose. This brings rapid and high-dose replenishment of depleted iron stores after administration of a single dose of IV ferric carboxymaltose equivalent to 100-1,000mg of iron.

In the two major clinical trials looking at iron replacement in heart failure, the FAIR-HF and CONFIRM-HF trials, ferric carboxymaltose was administered according to the subjects’ weight and haemoglobin level at screening.

There are other available IV iron formulations, including iron sucrose, iron dextran and iron isomaltose, however, to date only small studies have been performed on clinical improvement.

The benefits of iron replenishment have been tested, most importantly in two large, multi-centre, randomised, double-blind, placebo-controlled trials, in which iron therapy improved primary outcomes.

In FAIR-HF (Ferinject Assessment in patients with Iron deficiency and chronic Heart Failure), 459 patients with heart failure and iron deficiency were studied. Both New York Heart Association (NYHA) class and self-reported Patient Global Assessment (PGA) improved in those subjects randomised to ferric carboxymaltose. This was independent of the presence of anaemia.

In patients treated with IV iron, there was an improvement in NYHA class, fatigue score, and quality of life questionnaires compared with the placebo group. The number of deaths and adverse events was comparable in both groups, though a post-hoc analysis suggested that treatment with IV iron may have reduced the combined risk of first hospitalisation for worsening heart failure or all-cause death.

The weight of evidence, in particular from the above two trials, has led guideline groups to recommend IV iron therapy in heart failure, independent of haemoglobin level.

The European Society of Cardiology (ESC) guidelines from 2016 recommend measuring both ferritin and TSAT in the initial assessment of a patient with newly-diagnosed heart failure. Treatment with IV iron is recommended when ferritin is <100µg/L, or if ferritin is between 100 and 299µg/L and TSAT <20 per cent

Several questions remain with this relatively new treatment in heart failure. Most patient with heart failure studied had HFrEF, so whether IV iron is of benefit in patients with HFpEF is unclear. The ongoing FAIR-HFpEF trial will help clarify this.

Also, the efficacy and safety of IV iron in the inpatient setting in acute heart failure is unknown. Finally, the use/benefit of other IV iron preparations apart from ferric carboxymaltose is as yet unclear.

In summary, iron deficiency is common in patients with heart failure and is probably under-diagnosed in clinical practice. Several trials of IV iron replacement have suggested benefits on exercise capacity and symptoms, but not on harder outcomes, including mortality. Ongoing trials will provide further evidence as to the long-term effects of such treatment on mortality and hospitalisation, as well as efficacy in HFpEF patients.