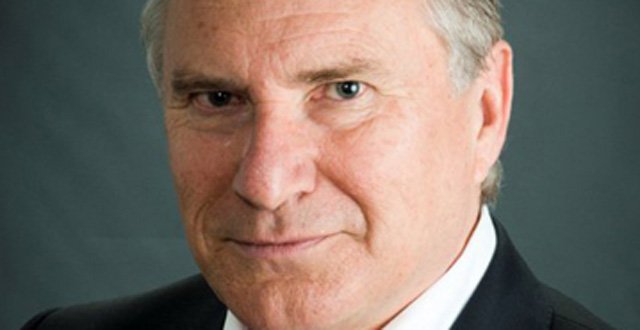 TS Elliot wrote that “April is the cruellest month”. However, for many, April is just the miserable beginning — the start of the hay fever season. Consultant Allergist at the Bon Secours and Beacon Allergy Clinics Dr Ranbir Kaulsay, writing in the Medical Independent last year, explained: “Pollen seasons in Ireland are changing significantly, as demonstrated in the last few years. This trend is occurring worldwide due to climate change and recent evidence from the USA shows that by the year 2040, it is expected that there will be double the current pollen levels, with an equally elevated level of suffering clinically.”

It seems that this process is already in train. According to GP and allergy specialist Dr Paul Carson from the Slievemore Clinic, the number of people, especially children, affected with hay fever has increased over the past decade.

Elsewhere, the Asthma Society of Ireland has estimated that one-in-10 Irish people experience the discomfort of allergic rhinitis brought on by an allergy to grass pollen. The Society also said that between 60-to-80 per cent of the approximately 470,000 people with asthma also experience allergic rhinitis. This is especially worrying, as hay fever can exacerbate or even trigger asthma attacks.

Ideally, the treatment for hay fever should be started prior to the maximum expected pollen levels

However the commonness of the condition is no comfort for those in the throes of its symptoms.

“Simply put, hay fever is an allergic reaction to grass pollen. If that was the beginning and end of it, you wouldn’t feel so miserable each summer,” wrote Dr Carson. “Nor would it seem so difficult to manage. So let’s put the easy terms aside and focus on what really happens because hay fever is a far from simple problem. For some, it’s a nightmare.”

In 2012, an article in the Journal of Allergy and Clinical Immunology pointed to a possible vaccine for hay fever. Researchers at King’s College London carried out a study, which showed a significant reduction in skin sensitivity to grass pollen, and the results were so encouraging that a clinical trial was launched. While a vaccine would undoubtedly be effective, cheaper and less invasive for people who suffer from hay fever, such a measure will not happen overnight.

In the meantime, patients and doctors can fall back on tried and trusted ways of management and treatment, such as avoiding lying on the grass, driving with the windows down, etc. (See panel opposite). However, while allergy management can be very effective, it does not alter a patient’s allergic status, wrote Dr Carson.

“In other words, you are still allergic to pollen grains and still get into trouble if the avoidance measures and treatments are relaxed or stopped. For almost all allergy sufferers, this means many years (even a lifetime) of taking anti-allergy remedies.”

However, immunotherapy offers the chance to significantly reduce a patient’s reactions or maybe even completely stop them, he added.

“At present, the most convenient regimen, called sublingual immunotherapy, is a dissolvable tablet placed under the tongue and held there for two minutes,” he explained. “In North America and some European countries, immunotherapy is given by weekly injections… However this is not very patient-friendly. Taking time out to go to the same doctor, week after week, for a single injection is more than most allergy sufferers are prepared to do.”

He argued that the sublingual version is more acceptable as a long-term course of treatment.

Dr Kaulsay also advised that while antihistamines are quite effective in controlling the symptoms of hay fever, including nasal itching, rhinorrhoea and allergic conjunctivitis, they have little or no effect on nasal congestion.

“For this very important symptom of congestion, we should use an intranasal corticosteroid, as recommended in the Allergic Rhinitis and its Impact on Asthma (ARIA) guidelines,” Dr Kaulsay wrote. “Ideally, the treatment for hay fever should be started prior to the maximum expected pollen levels, as these medications may take a few hours or even days for maximal effectiveness.

“Therefore it is important to keep an eye on the pollen forecast for your region of the country. There are few reliable and detailed pollen forecasts for Ireland, unlike the rest of Europe.”

Alternative and complementary treatment for allergic rhinitis (considered but not recommended)

Treatment of asthma in patients with allergic rhinitis