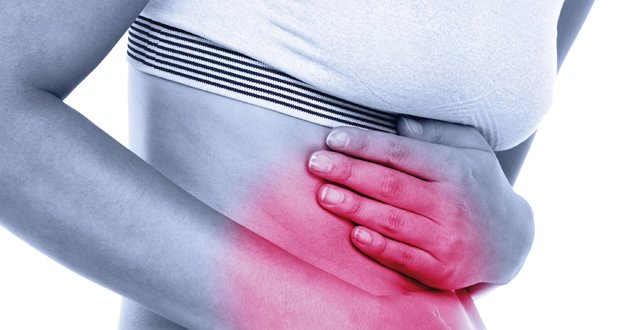 A Consultant Gastroenterologist at the Mater Hospital, Dublin, this is Prof MacMathúna’s first ISG Summer Meeting as President and it is set to be event that will bring much debate and technical innovation.

In terms of debate, one of the event’s major sessions, ‘HCV eradication in Ireland by 2025: Yes we can or an unrealistic goal?’ should interest many working in the field.

With the massive advances made in hepatitis C treatment in recent years, where it is now a curable disease in the vast majority of patients using all-oral regimens of three months or less, the focus has now shifted to cost and access.

“There is much discussion about this. In short, it is now possible to cure hepatitis C, as opposed to control,” Prof MacMathúna tells the Medical Independent (MI).

“If you take an example like asthma, where you have to take your inhaler every day, you might have to take it all your life and you might have a reasonable quality of life, but it doesn’t make you a non-asthmatic. You’re just controlling the condition — like with blood pressure tablets with diabetes, whereas previously, hepatitis C was a chronic disease where you took your medication and some of the antiviral treatment was successful, but frequently not.

“But now you have a drug regimen that can cure by taking tablets over a period of about three months. The problem is, the cost is very big and there are an awful lot of people with hepatitis C.

“So the health economics of this is being trashed out, because if you spend several million on that, it means that you are not going to spend it on something else, and so obviously this is a contentious area.”

The debate at the Meeting will be reflected by two opposing visions for future policy.

“So we have two people with different views on how to tackle this. It’s deliberately controversial, I suppose.

“Prof Suzanne Norris is Clinical Lead for Hepatitis C at the Department of Health, and Dr Will Gelson from Cambridge takes a more pragmatic view in terms of picking the people who would best benefit from being treated, as opposed to treating everybody with hepatitis C with this new drug.”

The contrast in thinking is clear from the titles of the talks. Prof Norris’s talk is called ‘Yes, we can’ while Dr Gelson, Consultant Hepatologist, Cambridge, UK, is speaking from the side of: ‘An unrealistic goal we can’t afford’.

“I think there will be a lot of interest in that session. It is of interest to liver disease specialists, health economics people, hospital managers and public health doctors,” says Prof MacMathúna.

“There is no vaccine for hepatitis C at the moment and the patient population varies. It can be people who are very stable socially, and then people like drug addicts, etc, who might be very unstable socially. So one of the controversies is that you cure somebody with hepatitis C and they reinfect themselves because of the same behaviour, which really is a difficult one. So you are getting into ethics — who should or should not be treated?

“There is a wide spectrum in terms of the discussion and there is no single clear view on this, therefore it is a good topic to bounce around.”

If that might be the most significant debate, there will also be some new features in terms of technical innovation at the Meeting.

“It is pretty standard in American meetings now so I wanted to introduce that, with interesting cases,” says Prof MacMathúna.

“It will allow people to see how it was dealt with and what treatment [was deployed]. Dr Gupta from Drogheda is going to do a demonstration and [show] how people can send them in. We will ask for submissions before the November Meeting for two-minute clips. The idea is, we are all using electronic recording systems that can take photos and videos, so it’s a good teaching tool.”

There will also be some other interesting talks and debates at this week’s Summer Meeting.

“That is dealing with problems in the liver and pancreas and we have two French speakers, Dr Palazzo and Dr Ponchon, who are big European leaders who have come here before to the Mater, so we have them here.

“The third person is a new surgeon appointed to the Mater, John Conneely. He was trained in Canada and he is looking at the cutting edge of that laparoscopic surgery of the liver.”

Gluten intolerability is a hot topic of debate currently, so a session dealing with coeliac disease will be of interest to ISG delegates.

“The highest prevalence in the world for coeliac disease is in Galway, so it is felt to be very much a Celtic condition. We have Prof Joe Murray from the Mayo Clinic in the States [speaking at the Meeting], who is actually from Galway,” says Prof MacMathúna

“Joe is coming back to do a talk and to do some difficult case discussions as well. There has been a whole load of research done on the whole question of coeliac disease — why people reject wheat, why some people do and some people don’t. So there will some novel insights that Joe Murray will have from his experience.

“Also during this session, Dr Gerd Bouma (Netherlands) will speak on the issue of  ‘Refractory coeliac disease: Is the challenge being met?’”

All the information about the ISG Summer Meeting, including how to register, is available at the recently revamped ISG website, www.isge.ie.

Earlier this month Prof MacMathúna added his voice to support those with inflammatory bowel disease (IBD).

A manifesto on behalf of IBD patients was launched by Irish Society for Colitis and Crohn’s Disease (ISCC) to mark World IBD Day.

The manifesto points out that research studies continue to show a rise in the number of people living with IBD. Ireland has one of the highest occurrences of both ulcerative colitis and Crohn’s disease in the world, with 20,000 people living with the disease, and 1,000 more cases being identified each year. In addition, 450 children in Ireland live with Crohn’s or colitis, with approximately 100 new cases identified per year. There has been a 90 per cent increase in cases of childhood Crohn’s or colitis between 2002 and 2012.

There is also an established link between IBD and an increased risk of developing cancer, primarily in the colon.

The ISG President highlighted the particular need for specialist nurses in the area of IBD in the Irish health service.

“IBD is more common in Ireland than generally recognised, especially among young people,” Prof MacMathúna said at the launch.

“With no known cause identified, despite much ongoing research, its treatment overlaps a number of clinical areas. [The] call by the ISCC underscores the clinical need for a multidisciplinary approach, similar to what we’re seeing in the area of cancer, for example.

“Although we have seen improvements in management and outcomes of IBD due to advances in diagnostics and surgical care, the real need and the central plank in this area is that of securing additional specialist nurses.