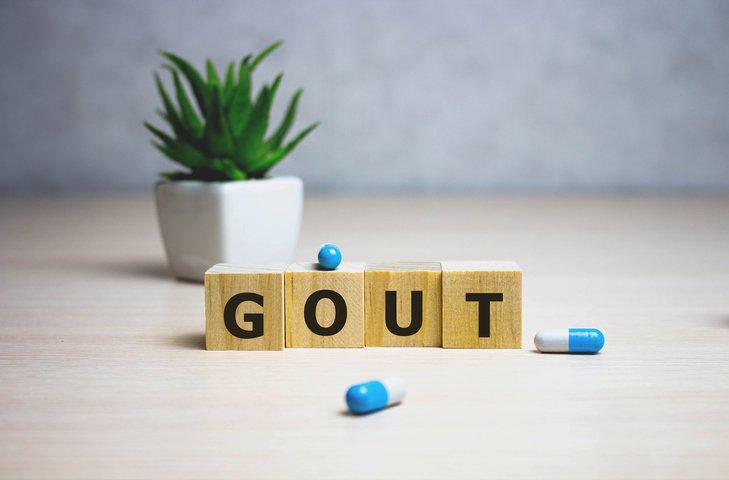 Gouty arthritis was one of the earliest diseases to be recognised as a clinical entity. It was first identified by the Egyptians in 2640 BC and was later further described by Hippocrates in the fifth century BC who referred to it as the ‘unwalkable disease’. It was often coined the ‘disease of kings’ as patients diagnosed with this condition had similar lifestyles, that in the past could only be afforded by the affluent.

However, this disease is even more relevant in modern day times with a prevalence that has been steadily growing since the 1970s and is estimated at 3-to-4 per cent worldwide and growing.

Gout is the most common form of inflammatory arthritis. It is 3.6 times more prevalent in men than women. Racial minorities in the US, New Zealand Maori and Han Chinese populations have a higher prevalence of 2-to-2.5-fold than that of Europeans. Gout tends to occur earlier in life in men than women. Serum urate concentrations are lower in premenopausal women due to higher oestrogen levels, resulting in higher urinary fractional excretion of urate.

As the highest incidence of gout in women is in the sixth and seventh decades, this suggests an average period of asymptomatic hyperuricaemia of at least 10 years prior to the clinical manifestations. Risk factors for gout flare include alcohol consumption, particularly beer, high fructose sugar-sweetened drinks, and increased daily servings of meat and seafood.

Comorbidities are also common in people with gout and complicate its management. Hypertension is present in up to three-quarters of patients with gout. Cardiovascular disease is also common in crystal proven gout, with one Spanish study identifying this as 67 per cent.

There is also a high burden of renal disease among gout patients. In one study from the UK, patients with newly diagnosed gout had a 78 per cent increased risk of developing chronic kidney disease in the three years after diagnosis. The relationship is also reciprocal as there is a high incidence of hyperuricaemia in patients with CKD.

There is complete symptom resolution in the ‘inter-critical period’. Persistent hyperuricemia leads to recurrent gout flares with increasing frequency which are more prolonged and can become polyarticular, including joints of the upper limbs. The pathognomonic feature of chronic gout is the tophus, which is an organised granulomatous response to crystal deposition.

Tophi are typically seen in the helix of the ear, the olecranon processes, Achilles tendons, toes, fingers and knees. They are painless, but occasionally get infected. Advanced gout is characterised by chronic joint pain and deformity, structural joint damage, frequent flares, and functional limitation. Examination will show evidence of synovitis with marked tenderness, erythema, swelling and increased temperature of the skin overlying the affected joint.

Fever can occur, particularly with polyarticular flares. It can be confused with cellulitis or septic arthritis. The initial attack is occasionally polyarticular (3-to-14 per cent), and acute attacks rarely affect the shoulders or hips.

During an acute flare, synovial fluid appears cloudy, and will have a high white cell count, of over 50,000 in some cases. Fluid should also be sent for gram stain, culture and sensitivity, as gout and septic arthritis can co-exist. Also MSU crystals and CPPD crystals can co-exist.

Most people with hyperuricaemia do not have gout, so hyperuricaemia alone is insufficient to make a diagnosis. However, individuals with uric acid levels persistently below 360umol are unlikely to have or be at risk of developing gout. Importantly, one-third of acute cases have a normal or low serum urate at presentation. CRP can be as high as in excess of 100mg/L. There can also be a neutrophil leucocytosis in the full blood count. These are non-specific findings.

Radiographs will be normal or show soft tissue swelling. Bone erosion is seen with advanced gout, characterised by a sclerotic rim and overhanging edge representing bony tophus. Ultrasound will show a double contour sign over the surface of the joint cartilage or a ‘snowstorm’ appearance of crystals within the synovial fluid.

The Study for Updated Gout Classification Criteria (SUGAR) considered that there is frequently difficulty accessing the gold standard PLM, particularly in primary care, so 10 key features were proposed to discriminate gout from other similar presentations.

Acute Flare
Options for treatment of an acute flare include NSAIDs colchicine, or corticosteroids, which can be administered orally, intra-articularly or, less frequently, parenterally.

Two studies have shown that starting ULT during a flare does not prolong it provided the flare is being adequately treated. Crystals mobilise when they begin to dissolve in response to ULT and can shed into the joint space, triggering inflammation known as a mobilisation flare. Slowly up-titrating the ULT reduces the risk of it triggering a flare. Most importantly, ULT should not be discontinued at the onset of and during a gout flare occurring while a patient is receiving ULT.

Prevention of acute flares during the first three-to-six months (due to crystal mobilisation) of ULT can be prevented with the additional use of colchicine or low-dose NSAIDs daily. Such prevention is extremely important as without it, the increase in gout flares, which occur upon initiation of ULT, will likely induce the patient to discontinue it.

Colchicine is the preferred agent and some individuals, particularly those with a large crystal burden (eg, multiple tophi), will require colchicine prophylaxis for 12 months or longer. The therapeutic target urate is less than 360umol/L in non-tophaceous gout and less than 300umol/L in tophaceous gout.

ULT doses should be adjusted upwards with monthly serum urates until the therapeutic target is reached, after which the serum urate should be checked every six months to ensure compliance and appropriate dosing.

Allopurinol remains the first-line treatment for gout flare prevention and is generally a safe option. Allopurinol hypersensitivity, which occurs in 2-to-4/1,000 patients, is the most serious potential adverse event. It usually happens within the first two-to-three months, is made more likely by diuretic use, and is an indication to discontinue the treatment.

It is also more likely in patients of Korean or Chinese origin in particular with the gene HLA B*5801 and patients with renal failure. It presents with a desquamating rash, hepatitis, abnormal renal function, and eosinophilia. An estimated 2 per cent of those receiving allopurinol will develop a mild rash. Febuxostat is an alternative, particularly in those in whom allopurinol cannot be used.

The uricosuric probenecid can be prescribed alone or in combination with xanthine oxidase inhibitors. Lesinurad is not currently available in Ireland. Recombinant uricases are administered under specialist supervision by intravenous infusion in a hospital setting. Pegloticase does not have marketing authorisation in Europe.

Many other drugs are associated with increasing serum uric acid levels including aspirin and diuretics. The 2020 ACR guidelines recommend to continue aspirin for cardiovascular disease primary and secondary prevention. Consideration should be made to change hydrochlorothiazide to an alternative diuretic when feasible. Calcium channel inhibitors and losartan are best choice for hypertension in the setting of gout. Losartan has a unique drug effect of lowering uric acid levels.

Azathioprine should not be co-prescribed with xanthine oxidase inhibitors as the concentrations of its metabolite 6-mercaptopurine are increased leading to myelosuppression. Allopurinol and colchicine are also safe in CKD with cautious dose escalation being shown to be well-tolerated in these patients. Of concern, only 30-to-60 per cent of patients are still taking allopurinol a year following initiation, so up to 40 per cent are receiving suboptimal dosing failing to reach their therapeutic target.

Over half – 53 per cent of GPs and 35 per cent of rheumatologists – exhibit low adherence to treatment guidelines. Patient education on the rationale of uric acid modification and monitoring and long-term lifestyle modifications are also important.

Gout is no longer an incurable disease of kings. It has a 3-to-4 per cent worldwide prevalence, which is steadily increasing and is extremely treatable. Ongoing education of medical practitioners and patients is crucial to attain adequate control of the disease. ULT should be increased to the required dose to achieve the target SUA. It is important patients are aware this treatment is lifelong. Consideration should be given to commonly associated conditions such as renal and cardiovascular disease and risk factors managed appropriately.

A 48-year-old gentleman was referred to the rheumatology outpatient clinic with episodes of polyarthralgia for the preceding two years. Flares had affected his feet, ankles, knees, and wrists in the past, generally one joint, but on occasion had affected two joints simultaneously. Episodes were associated with joint swelling, erythema and pain. He used non-steroidal anti-inflammatory drugs (NSAIDs) such as diclofenac and generally this resolved his symptoms in two-to-three days. In the preceding year he had three such episodes.

He had no relevant past medical history. Medications included diclofenac 75mg and paracetamol/caffeine/codeine 500/30/8mg as required. He was monogamous and lived with his wife. He was a non-smoker and drank seven-to-eight bottles of beer two nights per week. His mother had a history of rheumatoid arthritis.