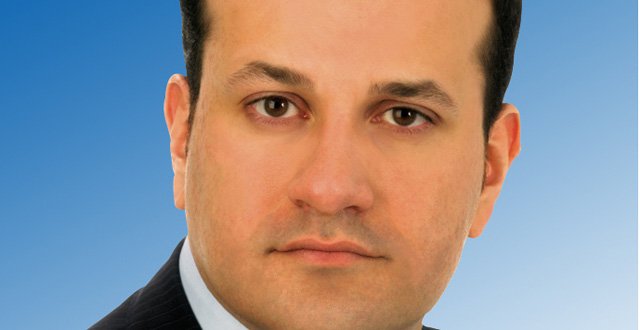 Nobody should have to media-manage going public over their sexual orientation. And it should not be headline news that a minister is gay. Unfortunately, both are still the reality in Ireland in 2015.

Leo Varadkar’s interview with Miriam O’Callaghan was radio gold. His usual straight-talking and frankness was at its most valuable. It was his birthday and he was on to talk about non-political matters. Quite quickly he got to the point: “I’m a gay man… it’s not a secret… but isn’t something I’ve spoken publicly about before.”

Immediately, the Twitter machine was alight with support and delight, even from his most ardent critics.

The Minister does not want to be defined by his ethnicity or his sexual orientation. He won’t be. He will be judged by his political decisions. But his ‘coming out’ to the public on his sexuality is very significant, personally, politically and socially. I don’t believe for a moment that Varadkar did it for political or social reasons but they are important all the same.

It’s good for Ireland, for tolerance and diversity, but it is especially good for gay people and their families who are still wrestling with fear, anxiety and secrecy about their sexual orientation

You could hear the hesitancy in his ‘chat’ to Miriam in advance of actually saying he is a gay man. As Oliver Callan commented in the wake of the interview, anyone who has gone on that journey knows how hard it is to do privately, never mind on the national airwaves.

Politically, it is important because we have our first openly gay minister. Leo explained his timing — that there is never a good moment to make such an announcement in politics. If he did it in the run-up to the reshuffle, he would have been criticised for seeking publicity. In health, every day there is a bigger, more important crisis that he has to handle. But soon he will have to make some decisions where he feels his sexuality is relevant — the forthcoming legislation on the Children and Family Relationship Bill; potential changes to rules around gay men and blood donation; and of course the referendum on marriage equality.

We found out retrospectively that he wanted to do this before and after Christmas but then the tragic case of the brain-dead pregnant woman occurred, followed by the trolley crisis in early January.

Leo Varadkar did not have to come out about his sexuality, but he was right to do so. Ireland is too small; the rumour mill was already in operation. His pre-emptive strike meant tabloid journalism did not expose it and in doing so, he gained pretty much universal support and good will. By Leo controlling the news agenda, hopefully now his sexual orientation becomes largely irrelevant.

As fellow party member Jerry Buttimer tweeted, he (Buttimer) is no longer the only gay in the Fine Gael village.

Leo Varadkar already had a key role in Fine Gael’s general election strategy. Going public on being gay will help him and maybe even the party on that front. However, having such a capable, high-profile gay minister is strategic genius and gold dust for Fine Gael and the ‘marriage equality’ side of the forthcoming referendum, which proposes to extend marriage to all citizens.

Leo Varadkar is the ultimate blessing to any party strategist who wants to get gay marriage over the line. Handsome, super-bright, politically savvy — who better to lead the party into a much-needed referendum win? With Varadkar as the public face, if not strategic lead, on gay marriage, it might even land in the Government’s favour.

Socially, Leo Varadkar is a conservative by nature, yet by going public with this very private matter, he has done a great service to the whole country. It is a good for Ireland, for tolerance and diversity, but it is especially good for the thousands of gay people and their families who are still wrestling with fear, anxiety and secrecy about their sexual orientation.

Before the Miriam O’Callaghan interview, Leo Varadkar had earned respect on the back of his honesty and integrity. The interview and his coming out means his credibility capital has rocketed further. It also means that the day comes closer when people in the public eye will no longer have to media-manage coming out about their sexuality and where being gay will not be an issue, politically or socially.