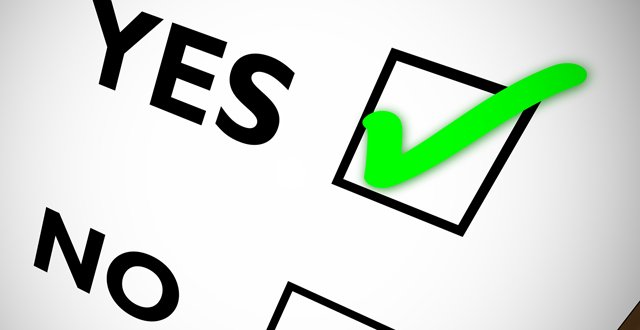 I have never seen a door marked ‘Private’ that I did not want to open and go through. I suppose that is why I would love to be a TD. The Dáil is the most exclusive club in Ireland, and your chance of entry seems to depend on a colossal amount of luck and gambling ability. But once you are in, it looks like great crack entirely.

The magic of being a TD even extends from generation to generation. The Government that stampeded the country off the fiscal cliff a few years ago had a Taoiseach, Tánaiste, and Minister for Finance all as TDs’ kids, which probably explains a lot about their collective grip on reality. When you have been treated with reverence your whole life you might not have the most unclouded view of the world.

I suppose it is not sufficient to want to be a member, you have to spell out the reasons why you deserve to be paid to sit on an uncomfortable looking leather bench with a serious look on your face. Well, after many years at school and a lifetime of meetings, lectures and conferences I think I can manage just the right appearance of silent gravity while my mind is wandering pleasantly away. I have also learned how to yawn with my mouth closed.

But a grave presence in the chamber is not my only attribute. Like many a culchie I love going up to Dublin, but I get tired of the place after a few days. If I could belt up on a Tuesday morning and land back on a Friday afternoon it would suit me nicely. Of course, I would need the ministerial Merc. I can just picture it as I loll in the back seat, leaving the small town and all its cares behind me and we speed towards the intoxicating seat of power.

And then on the Friday evening, spinning home to the hills and plains of rural Ireland, only pausing to stick the head in at a wake along the way and quaff a commemorative small one, after a busy week of discourse and debate among the movers and shakers, the smoky rooms, the glittering restaurants and, best of all, the Dáil bar.

Convivial soul that I am, I would relish recounting the situation down the country in committees and bars and then interpreting the doings above in Dublin to the simple folk at home, telling them how I got one over on the smart alecs above in Dublin. If there would be a hare to run with, or a hound to hunt with, I would not be hanging back.

This might seem like a hopelessly out-of-date version of Irish politics but it is the closest thing to a vision that we have in modern politics.

Doctors, of course, are good at the game and from Paddy Hillery to Bill Loughnane, from Noel Browne to Leo Varadkar, they have made notable politicians. The difference between being at the mercy of everyone with a sore throat and everyone with a broken gutter is negligible. Every doctor worth their salt is used to modestly taking the credit if the patient gets well.

TDs get elected on what they can do for their area, what they can ‘deliver’, as if they were well-dressed milkmen. Sadly, the distinctly unedifying spectacle of them tripping over each other to claim credit for every stretch of road or multinational hiring seems to be what gets TDs re-elected. In fact, it is said of a TD in my area that if a spaceship were to land in the local hurling field the first thing that the alien would see, on raising the hatch, would be the Deputy and a photographer, as they took the credit.

In a properly run country you would either qualify for a medical card or a school extension or you wouldn’t, without the need for the intervention of a gombeen who will at some stage call back the favour.

On a recent canvassing spree (not for myself) in the West of Ireland I noticed that Independents are very popular. They are short on baggage. On the other hand, the trouble with being an Independent is that you have nobody to blame if you make the wrong call. If you are a member of a large party you have direction on your stance on everything from windmills to speed limits, so you have a party to blame if things go wrong and if things go well you modestly take the credit.

But don’t expect any aspirations for the country, vision or moral compass from your party. While the planet is choking on our filth and millions are on the move to escape greed and warfare you will be sent to Dublin to sort out local traffic lights and entice English shops onto the local main street.

And never forget that Jesus died for Ireland in 1916 to free us from water meters.