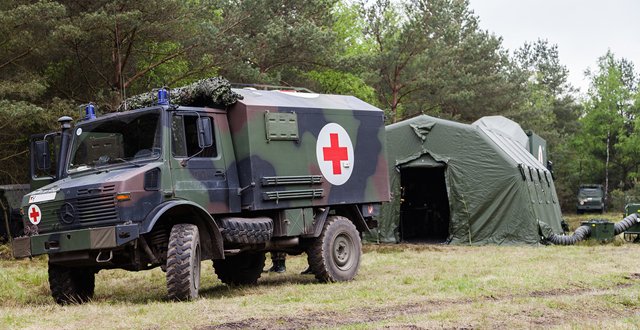 ‘Make your own journey’ is the unofficial motto of the World Extreme Medicine Conference hosted annually in Edinburgh, Scotland. Participants in this one-of-a-kind medical conference do not have an average NCHD or general practice job.

Their working environments range from sub-Saharan bush clinics, refugee camps, war zones, Mount Everest and underwater labs, to the International Space station. They are nearly all doctors or paramedics, but are also arctic explorers, mountaineers, soldiers, astronauts, OBE awardees, or world record-holders. What brings them together for three days in chilly Edinburgh each year is a passion for doing things differently and providing care in some of the most inhospitable environments on earth.

Having attended the World Extreme Medicine Conference for the past three years, there has been a noticeable increase in the number of Irish attendees looking for opportunities to work and train outside of the traditional HSE pathways.

Dr Sarah Wookey, an NHS GP turned Médecins Sans Frontières (MSF) doctor, decided to leave her UK practice as she was coming up to retirement age. She shocked her NHS colleagues and her own children by moving to Africa to work in a rural MSF clinic in Chad, when those around her expected her to start winding down.

Speaking at last year’s conference, she discussed some of the challenges GPs face working in remote and austere environments. This included respecting local cultural norms that were sometimes difficult for western staff to deal with. In Chad, if a female patient in difficult or obstructed labour required an emergency C-section, the husband’s permission would have to be sought before treatment could proceed. In some cases, this permission was denied and women died without receiving intervention.

This was difficult for Dr Wookey and her colleagues to accept. However, if the local cultural norms were not respected, then the MSF clinic would lose the support and trust of the local community and would not be able to provide ongoing care to this remote patient cohort.

Other than these specific challenges, Dr Wookey felt very well supported during her six months in Chad. She had access to the detailed MSF handbook of tropical medicine, as well as a telemedicine facility, which came in useful when a medical colleague received a late-night snake bite while using the camp’s latrine. Dr Wookey was able to contact a leading tropical medicine consultant in the UK. Her colleagues in Chad caught the snake responsible and were able to show it to the UK consultant. He was then able to reassure Dr Wookey and her team that the snake in question, though venomous, was non-lethal.

Her advice to recently-qualified or retiring GPs is to get a tropical medicine diploma and join MSF for the adventure while you can.

The Jubilee Sailing Trust is one of the more unusual organisations looking for medically-trained volunteers to staff its missions at the conference. It is a UN-accredited disability charity that promotes the challenge and adventure of tall ship sailing. It is open to disabled passengers and has a medical officer providing support to passengers and crew. Sailing trips vary in duration from one day to several weeks; all ships have a medical officer who gets to learn about and enjoy sailing a tall ship, while providing medical support to the able-bodied and disabled passengers who take part.

Doctors described hoisting a wheelchair-bound teenager to the crow’s nest of a ship during sunset in the Mediterranean, fulfilling a life-long dream of his and creating lasting memories for the whole crew. No previous sailing experience is required, as all training is provided on board ship.

One of the less-medical non-profit organisations presenting at the conference was Team Rubicon, an emergency response charity staffed by military veterans that deploys across the globe in unstable environments and crisis situations. They are often deployed with only 24 hours’ notice as self-sufficient teams who assess the logistics of the local environment and relay the relevant information to incoming NGOs and governmental relief organisations. They utilise predominantly ex-military personnel to facilitate aid efforts where they are needed most.

Crossing the Congo is not a task for the faint-hearted. Author Ms Chloe Baker, who was shortlisted for Stanford’s Adventure Book of the Year Award, is a 31-year-old anaesthetist who crossed the unstable, lawless expanse that is the Democratic Republic of Congo (DRC) with two friends, an army officer and a photographer.

Although she and her travelling companions survived the experience, she would probably advise you not to attempt it. She and her friends lost several kilos in weight during the 2,500-mile trip, were swamped regularly by children who had never seen cars before and travelled through some of the most dangerous tribal regions on earth.

In her talk, and the longer written account, Dr Baker talks of the injuries and malnutrition they faced during the trip. Distressingly, she also had to hide the fact she was a doctor from the locals, as Ebola was a growing concern at the time of their trip and there was a high risk of infected locals or their relatives following their land rover in an area where medical care largely does not exist.

During her travels, they had AK-47s pointed at their heads while being robbed by soldiers, had to build bridges and roads to complete their journey, were attacked by fire ants, discovered they couldn’t pay for things in certain centres unless they ironed their money flat, and in one memorable scene, had to provide on-site surgery after one of their travelling companions dropped an axe on his foot in the forest.

Ms Pauline Cutting, OBE FRCS, volunteered as a young surgeon in the Bourj al-Barajneh Palestinian refugee camp, beginning in November 1985. Soon after she arrived, the camp was surrounded and laid under siege by the Amal militia. It was a brutal experience that would last for eight months, during which inhabitants suffered starvation and daily shelling from all sides. It was a situation where medical staff faced a constant supply of wounded and sick, chronic medication supply and equipment issues, provided surgical and trauma care while desperately under-resourced and where escapees — mainly women and children — were being targeted by snipers on a daily basis. During the siege, there was little international pressure brought to bear to alleviate the camp’s suffering. This began to change when Ms Cutting began speaking on international radio from inside the camp and it was picked up by the British press. She articulately described the horrific suffering of the inhabitants during the BBC interviews.

At the conference Ms Cutting highlighted the importance of medics as a voice for the vulnerable and the importance of advocating for patients, even in the most difficult circumstances in an increasingly unstable world. She wrote Children of the Siege to chronicle her experiences after the camp was finally liberated, and to reflect on the several-month siege’s effects on both medical staff and on the refugee population.

‘How to pack your kit bag’ sessions provided a glimpse into the medical and survival kits of medics just off the plane from the South African bush, as well as mountain rescue teams from Everest and Kilimanjaro. Besides the usual emergency medical kit, there were survival basics, such as water purification tablets, emergency rations and satellite phones. New and exciting kit included a backpack water purifier, satellite laptop and — important in a blizzard — self-heating, high-calorie meals. The importance of bringing the correct kit on one’s first expedition was consistently emphasised as key in determining the success or failure of an expedition.

‘Keep it low-tech and familiar’ was also the general advice, as there were some tales of mountaineers bringing thousands of dollars worth of kit several thousand feet up a mountain and then finding themselves unable to figure out how to use it, and having to leave it behind.

A surprise high-fidelity simulation of a multi-casualty event followed a talk on casualty management and tactical medicine. Divided into teams of two and led, unsuspecting, down to the basement for breakout sessions, we were greeted by the sounds of screaming and shouting from behind the car-park doors.

What followed was a scene of multiple injured and unmoving bodies, as well as debris from a simulated terrorist attack.

Our role was quick triage and tactical first aid, improvising tourniquets and closing sucking chest wounds with plastic bags and tape before moving on to the next casualty. During the scenario, distraught but unhurt individuals tried to grab at us while looking for family members or beg us to tend to clearly dead relatives. It encompassed the chaos of a multi-casualty event well. At the end of the scenario, we had a simulated call from a national ambulance service requesting the number of casualties, dead, injured and number of children treated so that resources could be allocated appropriately in the event of multiple attacks.

During the scenario, we used what the organisers thought might be available in such a situation. We had no formal medical kit with us, so we improvised tourniquets from ties and forks, closed open chest wounds with heavy plastic bags and electrical tape.

This exercise was put in context by the sobering story of the bombing of a London bus during the July 7/7 bombings that occurred outside the British Medical Association building in London. Coincidentally, it happened while a conference on pre-hospital medicine full of GPs and paramedics was taking place inside.

The medical staff rushed to aid the victims of the attack, using napkins from the BMA’s dining room to pack wounds and provide first aid to victims.

Tickets for this year’s conference 23-25 November 2018 at Dynamic Earth, Edinburgh, are on sale now at www.extrememedicineexpo.com. 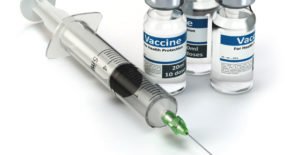