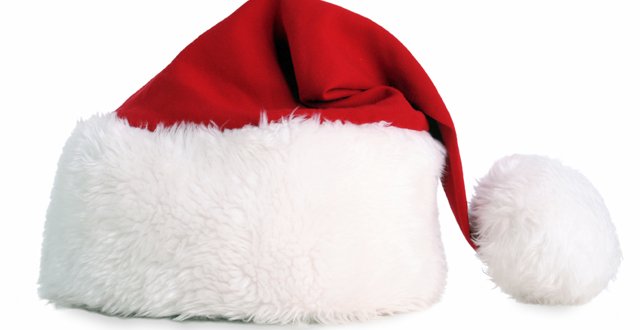 It was a cold, bleak, biting Christmas eve in London. Jezeneezer Scrounge strode purposely down Whitehall. It hadn’t been the worst of times for him, having recently sold a £17 million stake in an education website but he was gnawed at by a nagging sense of unease, having fallen out with those pesky junior doctors. Even the attack dogs of the right-wing press had turned on him. He glimpsed a headline in the newsagent: ‘Hunt: a squeezing, wrenching, grasping, scraping, clutching, covetous, old sinner!’ it cried. “Humbug,” hissed Jez. He sipped from his gilded hip-flask to insulate himself from the harsh chill of winter in the capital. He felt the Irish whiskey burn in his chest. Strange, he had just earlier that day thought of his old Irish friend, Beardius James, with whom he reckoned he had not spoken since his own ministerial demise was hastened in no small part by a fallout with the Irish junior doctors.

Jez wondered what had become of Beardius since he was replaced by Leopold Teflonius. He would soon find out.

Jez slept soundly that night, on a bed of money made from the finest bog oak and ivory. Suddenly he heard a creak, then several loud, unrefined thuds which seemed to be getting closer and heavier. The gin in his night cap, abandoned by his bedside in its glass, shook precipitously. Jez peered out from under his bed hat. A rotund, hirsute man stood in the doorway. The light framed him but Jez made out the writing on his t-shirt ‘DUBLIN MARATHON 2010’. Odd, he thought. The man carried a plastic bag. Jez tried to read what it said. B…u…r…d…o… Ah! Burdock’s. It could only be one man. “The political ghost of Beardius!” exclaimed Jez, “as I live and breathe!”

“Oh brother Beardius, how wonderful to see you!”

“It’s been too long, my old friend,” he replied.

“Do you know Beardius, since I have been appointed, every time anything to do with doctors has arisen, when I haven’t known what to do, I have asked myself: ‘What would Beardius James do?’”

“And how has that worked out for you, Jezeneezer?”

Jez looked at his feet and puffed out his cheeks, saying nothing.

Beardius took Jez by the hand. Jez could feel himself floating out of his finely-woven silken undergarments. Beardius and he were swimming towards a light with white noise coming to greet them. Applause! It was applause! How they missed that sweet sound.

There was Jez and Beardius at their respective past conferences, being loudly cheered by the faithful, journalists swooning as they regaled them with right-wing, hardman rhetoric about getting tough with doctors. Evangelists, peddling the gospel that the interests of doctors were in direct opposition to those of patients. They soared on waves of unstoppable momentum.

They passed over a hospital. Worn-out doctors and nurses rushed hither and thither. The system moved with not quite the serenity of a swan but at least it moved, due to the frantic pedalling of feet underneath.

“Well, you did, to be fair Beardius, or at least you should have.”

“But you mainly sort of left them alone, Beardius.”

“Yeah, it was a bad fit. At the time my party was pursuing a policy of starting by kicking the shite out of the weakest people possible.”

“So we went after the young, poorly-paid, poorly-unionised, fixed-term contract ones.”

They flew off once more. They were circling Manchester.

“It must be night-time, Beardius.”

“No, it’s only 4pm but United are on the TV, everyone’s nodded off.”

The hospitals were restless and creaky. Talk of resignations and emigration filled res rooms and corridors. The postman’s sack heaved with Christmas cards and certificates of good standing for antipodean medical councils.

“Ah, but these are all just idle threats, aren’t they Beardius? I mean, why wouldn’t they want to work in this doctors’ paradise? They’re paid a fortune to go off playing golf. I read so in the paper.”

Beardius just shook his head. And with that, they were off again.

They arrived in a place that looked familiar to Jez but was also, for some reason he couldn’t quite fathom, unfamiliar. It was a hospital, but just with far fewer doctors. In the emergency department, scores of people lay around on corridors. They floated over standing-room-only outpatient suites where irate punters milled around, comparing stories in funny accents of how long they’d been waiting for the appointment, and another six months for the test.

A lantern-jawed man spoke on a television about how this was shocking altogether and how something would absolutely have to be done by someone, like some sort of working party or something. Jez squinted to read his name on the caption — LEOPOLD TEFLONIUS. MINISTER FOR HEALTH.

“That’s the one they replaced you with?”

Jez howled and woke with a start.

“Hello, this is the Secretary of State for Health. Get me the arbitration service please.”