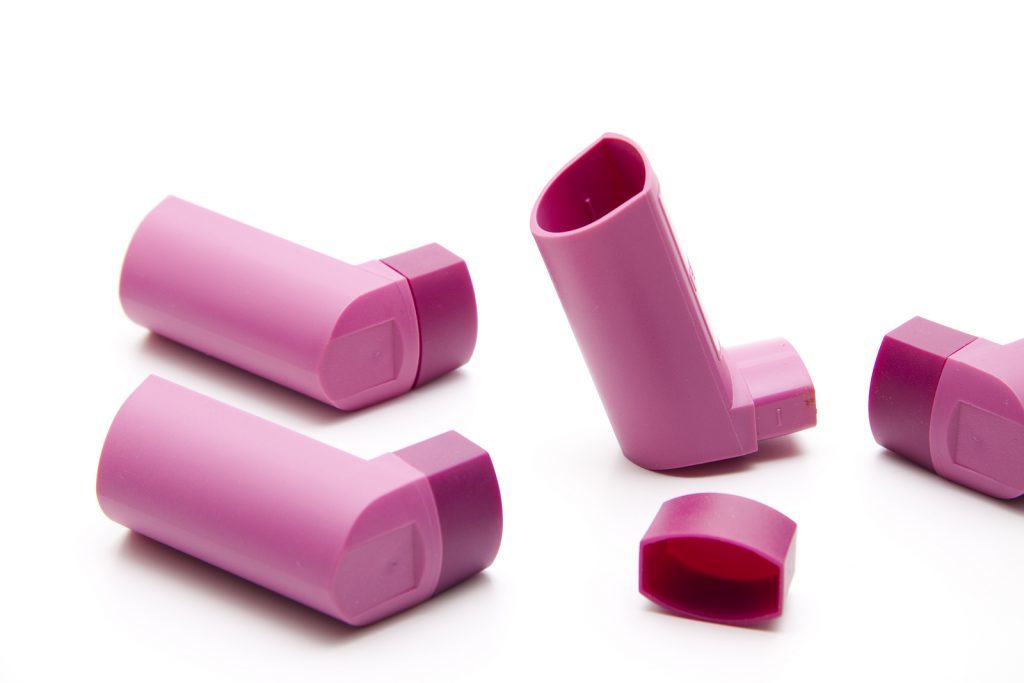 The Asthma Society of Ireland has warned of the dangers of over-reliance on reliever medication by using a reliever more than twice a week, according to the Global Initiative for Asthma

The Asthma Society of Ireland has released research carried out by hmR Ireland, which looks at the over-reliance on reliever inhaler medication by people with asthma in Ireland. Reliever inhalers, if over-used, are strongly linked with severe asthma exacerbations and asthma-related deaths. An asthma exacerbation is classed as an episode of progressive worsening of symptoms of asthma, including shortness of breath, wheezing, cough, and chest tightness and it can progress to a severe asthma attack.

Using three or more reliever inhalers a year indicates a person is at risk of a severe asthma exacerbation, while the use of 12 or more a year is an indication someone is at risk of an asthma-related death, according to the Global Initiative for Asthma (GINA), a body tasked with evidence-based strategy for asthma management working to improve the lives of people with asthma in every corner of the globe.

Three-in-10 use more than 12 reliever inhalers a year, putting them at risk of an asthma-related death.

Seven-in-ten are using more than three reliever inhalers a year, putting them at risk of an asthma attack (or some form of asthma exacerbation).

Within five years of diagnosis, half the asthma population are over-reliant on their reliever inhaler.

In the year after diagnosis, 30 per cent of children aged 0-17 are over-using their reliever inhaler.

In the year after diagnosis, 60 per cent people aged 50 or over are over-using their reliever inhaler.

Ms Sarah O’Connor, CEO of the Asthma Society of Ireland, said: “International research shows that reliever inhaler overuse can be a major factor in asthma exacerbations and asthma-related deaths, as in the UK’s National Review of Asthma Deaths report and GINA’s Global Strategy for Asthma Management and Prevention. This makes the findings of this hmR Ireland research about Irish patients relying on their reliever inhaler stark and very worrying to us. One person dies every six days from asthma in Ireland.

“The research revealed that a huge proportion of people in all age groups are over-using their reliever inhalers in every county throughout Ireland, putting them at risk of a severe exacerbation or asthma-related death. Alarmingly, within five years of diagnosis, half of people become over-reliant on it. As people with asthma get older, their rate of over-reliance increases, resulting in increased levels of uncontrolled asthma. A key point at which people become over-reliant on their reliever inhaler is between year one (year of diagnosis) and year two.

“This ‘year two’ of asthma is when the largest increase in inhaler over-reliance occurs and we need healthcare professionals to know this so that they can intervene to help and support their patients to have the best possible asthma management,” she added.

“If you are using your reliever inhaler several times each week, you are over-reliant on it and your asthma is not controlled, according to the Global Initiative for Asthma. The exception to this is people with asthma who participate in sport/exercise; it is still recommended you use your reliever inhaler prior to warming-up before exercising.”

Medical Director of the Asthma Society of Ireland, Mr Marcus Butler, said: “A reliever inhaler works within minutes to relieve asthma symptoms when they happen — it gives a short-lived improvement in symptoms, effectively just buying time, but can eventually fail to keep a patient safe from asthma if more appropriate and effective controller inhalers are not used on a daily basis.

“A controller inhaler works over a much longer duration than reliever inhalers to eventually ease the underlying airway inflammation which ultimately causes asthma symptoms. It prevents symptoms from arising several weeks and months down the road, as long as it is habitually taken.

To reduce asthma-related deaths and exacerbations, the Asthma Society of Ireland has launched its over-arching Asthma SafetyCare campaign, an initiative aiming to end asthma deaths in Ireland by making patients and the public aware of asthma management issues.

The Asthma Society has said it hopes the Asthma SafetyCare campaign will make a tangible difference to asthma deaths by combatting problematic aspects of asthma management, with this first project looking at SABA over-reliance.

The SafetyCare project and the hmR research were supported by AstraZeneca.

In the initial year of diagnosis, one-in-five people overuse their reliever inhaler.

The Asthma Society of Ireland runs a free Asthma and COPD Adviceline. Users of the service can speak to a respiratory specialist nurse who will work with them to assess if they are over-using their reliever medication and review their asthma control.

For healthcare professionals looking to learn more on the new GINA 2019 update and what they should be prescribing, the Asthma Society of Ireland hosted a webinar in February to answer any questions on the new GINA guidelines and on how to recognise SABA over-reliance in patients.

On World Asthma day (5 May) the Asthma Society launched their new Sláintecare-funded Beating Breathlessness WhatsApp messaging support service, which is available to patients with asthma and COPD, and their family and carers.

Over 380,000 people in Ireland currently have asthma and the current Covid-19 pandemic is a time of particular worry for people with asthma and their families.

The Asthma Society’s new Beating Breathless WhatsApp messaging service allows patients to message a respiratory specialist nurse about all aspects of their asthma management. Users can simply save the WhatsApp nurse support service number 086 0590132 to their phones, send their message or support query and one of the Asthma Society’s respiratory specialist nurses will respond as soon as possible.

This service complements the Society’s existing asthma and COPD Adviceline, which has been a valuable source of information for asthma and COPD patients since the pandemic began — second only to www.hse.ie in terms of trust, according to a recent survey.

The survey, conducted in April 2020 among 2,462 patients living with asthma and COPD in Ireland, asked patients about their concerns amid the Covid-19 pandemic and found that:

Nine out of 10 (92 per cent) people with a long-term respiratory illness surveyed are very concerned or concerned about becoming infected with the coronavirus due to asthma or COPD.

Four out of 10 (41 per cent) feel that there is not enough information readily available on coronavirus and its effect on people with respiratory illnesses.

Eight out of 10 (82 per cent) were concerned they would not be tested quickly enough if they do contract coronavirus.

Seven out of 10 (71 per cent) were very concerned they will require a ventilator treatment for coronavirus.

Six out of 10 (63 per cent) were concerned about contracting a severe form of coronavirus (due to their asthma).

In terms of access to medications, three-in-10 (34 per cent) people are concerned over high demand, but not supply.

One-in-five (22 per cent) people stated that they were not confident in their medication use at this time and three out of 10 (31 per cent) of people with asthma/COPD have avoided support or healthcare services because they were concerned about the health impact of coronavirus.

The final finding is of particular concern, as ignoring worsening conditions for someone with asthma/COPD without medical advice could lead to an unnecessary asthma exacerbation or even death (in extreme circumstances).

The Asthma Society’s Medical Advisory Group members have expressed a concern about seeing fewer patients present at GP and hospital levels. The Society has encouraged asthma and COPD patients to reach out to their GP/consultant and leave a message.