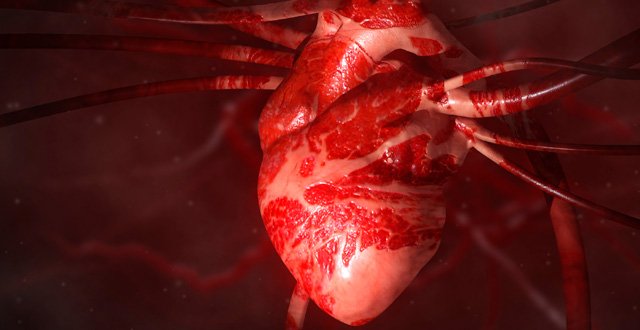 An annual meeting organised by Prof Noel Caplice and co-organised by Prof Tim O’Brien, and sponsored by Novartis Pharmaceuticals Ireland, recently created a forum for medical consultants throughout the country to come together and listen to experts in their field, as well as exchange their clinical cardiology experiences and practice.

Dr Atsma noted the increasing number of patients with complex cardiac disease and outlined several ongoing clinical cardiac cell therapy studies, which he said are on the rise.

Further studies in the area were undertaken and showed that repeated bone marrow cell injections in previously-responding patients with refractory angina were linked to improvements in myocardial perfusion and less complaints of chest pain.

Dr Atsma concluded that cell therapy is safe, feasible and associated with improved symptoms based on initial randomised clinical trials. But he advised more research is needed before the area can be fully understood.

Next to the podium was Prof Stefan Janssens, Professor of Medicine at Gasthusiberg University Hospital in Belgium, who highlighted the use of inhaled nitric oxide (NO) in the treatment of myocardial infarction (NOMI).

He presented findings from the NOMI trial, a study of 250 patients, which suggests that over time, the inhalation of NO may be associated with some patient benefits.

It was the first trial of its kind to show that inhaled NO may reduce reperfusion injury, but that the observed interaction with intra-arterial nitroglycerin (NTG) needs further study.

“We thought that in STEMI patients where we successfully opened the artery, combined with inhaling NO, that this would have an impact in reducing infarct size and improving LV [left ventricular] function and better recovery with time,” he remarked of the hypothesis.

He added that further trials are needed to explore the results of the study and are currently ongoing.

The Will Fennell lectureship was delivered by US-based Prof Malcolm Bell, Professor of Medicine at the Mayo Clinic Cardiology, Rochester, Minnesota, US.

‘Unless you’ve got the fundamental structure to deliver heart failure care, we can have all the advances in the world and they will make some impact but they won’t make the impact they should do’

The lectureship acknowledged the immense contribution made to cardiology by Dr Fennell, a consultant cardiologist based in Cork, who was in attendance at the meeting.

Prof Bell looked at the radial versus femoral approach and how opinions have varied in Europe and the US.

A randomised trial of over 8,000 patients published in The Lancet last year, known as the MATRIX trial, showed that a radial approach compared to femoral access reduced adverse events through a reduction in major bleeding and all-cause mortality, Prof Bell advised.

The European Society of Cardiology (ESC) guidelines state that a radial approach should be the preferred access over femoral for coronary angiography and PCI in patients with acute coronary syndromes (ACS).

It adds that centres treating ACS patients should transition from transfemoral to transradial access.

The use of radial approaches in the US lags behind that in Europe and Asia, Prof Bell stated.

He highlighted his involvement as lead investigator in the PARADIGM-HF (heart failure) Trial, the first study in 15 years to show a benefit in terms of all-cause mortality.

The current ESC guidelines state that for everyone with heart failure with reduced ejection fraction (HF-rEF), the three drugs to use are beta blockers, ACEi/ARBs (angiotensin-converting-enzyme inhibitor/angiotensin receptor blocker) and MRAs (mineralocorticoid receptor antagonist).

Additionally, there is a place for devices, other treatments such as ivabradine and interventions in selective patients, he noted.

Rather than adding another drug, researchers wanted to modify an existing drug to create a superior therapy for patients, he explained.

Using a drug now known as Entresto (sacubitril-valsartan), a neprilysin inhibitor and angiotensin receptor blocker, the compounds were combined in a single molecule to generate the desired effect.

The study compared sacubitril-valsartan with the ACE inhibitor, enalapril, the only ACE inhibitor proven to improve survival in HF-rEF.

The trial consisted of 8,400 patients in 47 countries and showed that HF-rEF patients on sacubitril-valsartan had a 20 per cent reduced risk of cardiovascular death or first heart failure hospi­talisation.

Patients on sacubitril-valsartan recorded a 16 per cent reduced risk of all-cause mortality.

Compared with enalapril, patients on sacubitril-valsartan were less likely to visit the emergency department (ED) and less likely to show symptomatic deterioration.

“We’re awaiting the next set of guidelines but I hope and I think what we’ll see is that the guidelines will suggest that for many patients at least the three core treatments… will be an angiotensin receptor neprilysin in­hibitor (sacubitril-valsartan), rather than an ACE inhibitor or ARB, a beta-blocker and MRA,” Prof McMurray noted.

While recognising the many significant advances in heart failure in recent decades, Prof McDonald cautioned that issues remain and significant improvements are needed.

He criticised a number of organisations, including the HSE and cardiology professionals, for failing to do more to improve heart failure services.

“There are still major, structural, therapeutic and logistic difficulties in the management of heart failure that are not confined to Ireland or the southern region of Ireland. They are actually international in many respects,” he said.

“Unless you’ve got the fundamental structure in place to deliver heart failure care, we can have all the advances in the world but they won’t make the impact they should.”

Prof McDonald highlighted the increasing prevalence of heart failure with preserved ejection fraction (HF-pEF) in the community and noted the difficulties in correctly diagnosing the condition.

He outlined the lack of a structured heart failure services in Cork and Kerry in particular, and argued that more beds in hospitals was not the solution.

Instead he advised that a completely different healthcare system is required to stop people coming to hospital in the first place.

He remarked on the St Vincent’s screening to prevent heart failure (STOP HF) programme, which he said if applied across the entire country would stop 4,000 major adverse cardiac events (MACE) a year.

STOP HF is linking in with a new study, funding for which was agreed in March last year, that will investigate the potential role of sacubitril-valsartan (Entresto) in preventing the development of Stage B HF-pEF.

Dr Plant highlighted resources on AKI which are useful for cardiologists and noted three particular resources.

They include the 2009 report from NCEPOD, Acute Kidney Injury: Adding Insult to Injury, the 2015 NICE guidelines on the prevention, detection and management of AKI and clinical practice guidelines for AKI from the Kidney Disease Improving Global Outcomes (KDIGO) foundation.

He underlined the links between cardiology and nephrology and the extraordinary relationship between the heart and the kidney.

In outlining a number of cases involving patients with heart failure and AKI, he stated: “heart failure and acute kidney injury are so intermingled that to distinguish between them in many of these cases doesn’t need to be done.”

Next up was Dr Francis Finucane, Consultant Endocrinologist at University Hospital Galway, who looked at the role of bariatric surgery in the management of type 2 diabetes and cardiovascular risk.

He focused on bariatric surgery and how it is playing a greater role in the management of patients with obesity and type 2 diabetes, as 61 per cent of Irish adults are overweight or obese.

He highlighted data showing that the benefits of low-calorie diets are often short term, with many patients regaining weight.

Patients who lose weight from surgery can also regain weight in the future, but many of those who undergo surgery have gone into remission from type 2 diabetes and go off all medication, Dr Finucane advised, highlighting published data.

US data has shown that bariatric surgery can reduce cardiovascular risk by 40 per cent over four years in 16,000 American patients, he remarked.

While bariatric surgery can save lives in specially selected patients, it can also have a significant impact in reducing healthcare costs, he added.

He highlighted several clinical instances where MRI can be of great utility and is perhaps underutilised.

In patients with challenging clinical presentations, “cardiac MRI is of great value to us”, he stated.

For instance, ischaemic patients can be examined for the presence of scar and oedema, Prof Kerins outlined. He added that daily use of and access to such technologies is required and that access is currently somewhat restricted at present.

The final presentation of the day was delivered by Dr Gerry Fahy, Consultant Cardiologist at CUH.

He spoke about the modern management of atrial fibrillation, a condition suffered by around 33 million people globally.

Its prevalence is increasing due to a rise in obesity and ageing populations, as AF increases with age.

AF often presents late in its evolution and treatment is often unsatisfactory because of that, he outlined.

Patients with AF should be advised on making lifestyle modifications. Dr Fahy advised that if a BMI of over 27 is present, patients should lose 10 per cent of their body weight.

Excess caffeine and alcohol should be avoided and sleep apnoea where present should be treated.

Dr Fahy concluded that available treatments have been shown to improve symptoms and reduce risk of stroke but the only treatment known to reduce mortality is oral anticoagulation.

The meeting provided a highly informative overview of many noteworthy developments in cardiovascular medicine in recent years.

Prof Caplice, Director of the Centre for Research in Vascular Biology at UCC and Consultant Cardiologist at CUH, remarked: “It’s an incredibly exciting time to be in cardiovascular medicine because really, in every aspect of cardiovascular disease there are continuing advances, a number of which we heard about and discussed at this meeting.”