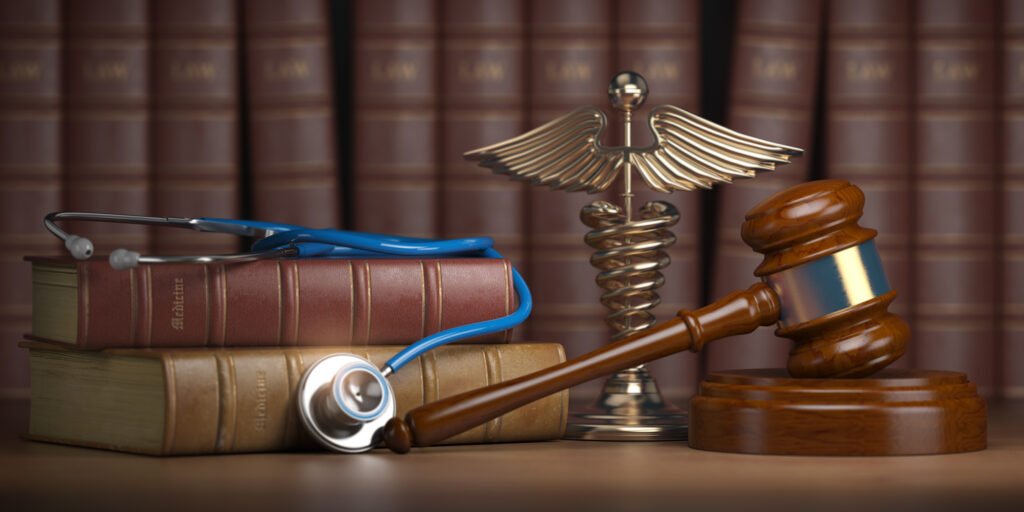 It appears the Covid-19 pandemic has led to a significant drop in the amount of medical negligence cases in the past year. While there are cases which have merit, there are others which are opportunistic and frivolous. Either way, Covid has taken the wind from the sails of the courts services, which are just starting to lumber back into motion on a widespread basis now.

Some negligence cases should of course never even make it to court, but such is the world we live in, and a dip into the archives shows how shockingly absurd some of these cases have been, particularly in the US. Notwithstanding the severe stress and potential reputational damage that physicians suffer from such cases, some are so bizarre that they deserve a mention.

One such case involved hand surgeon Dr Ted Grenga of Sentara Norfolk General Hospital in Virginia, US, who was called to attempt to reattach a dismembered hand. Here’s the sketchy case study: The patient, Mr Thomas Passmore, was a construction worker who unfortunately had a long history of psychiatric illness. Mr Passmore perceived that he had “666, the sign of the devil” manifest on his right hand, which he perceived to be a sign of demonic possession and therefore he used a power saw to slice off his right hand. Workers at the site acted quickly to put the hand on ice and both Mr Passmore and the hand were transported by helicopter to the hospital.

However, as the patient was sedated, prepped for surgery and being wheeled into theatre, he withdrew consent and according to defence attorney John R Fitzpatrick, “he said that if Dr Grenga reattached his hand, he’d cut it off again.” The psychiatrist was again called upon and decided that the sedatives had not significantly affected the patient’s ability to provide or withdraw consent. Needless to say, time was now of the essence: “The operation needed to be performed as soon as possible for any chance of success and Dr Grenga knew that self-mutilators have a high propensity to do it again,” said Mr Fitzpatrick.

The hospital risk manager and a local judge were inserted into the situation and asked for advice and guidance and as Mr Fitzpatrick explained at the time, “the judge said that as long as a psychiatrist certified that Passmore was competent, Dr Grenga couldn’t perform the operation against the man’s will. If he did, he could be charged with criminal assault and sued civilly as well.” Blimey.

Dr Grenga counselled the patient that the longer the delay, the less chance the hand could be reattached, but he again refused consent. The surgeon therefore had no choice but to close the wound and that was the end of the matter from a medical point of view.

However, not too long afterwards, Dr Grenga received notification from a lawyer that Mr Passmore would be suing the surgeon and hospital to the tune of $3 million on the basis that the surgeon should have known that he was mentally unstable and therefore did not have the capacity to give or withdraw consent and Dr Grenga should have reattached the hand, regardless of what his patient said.

You might think the case should have not gone to trial at all, but as Mr Fitzpatrick explained, “you may wonder how a case this frivolous was allowed to proceed, but the plaintiff’s attorney had expert witnesses lined-up, saying that the surgeon and hospital should have operated. As long as an expert was willing to testify, the judge felt he had to let the case go on.”

The case lasted nine days and it was reported to be “surreal”, according to a report in Medscape, with the plaintiff raising a hook at the end of his right arm when being sworn-in. Dr Grenga’s defence cost his insurer north of $70,000 and Mr Fitzpatrick noted that “Passmore also sued the psychiatry group at the hospital, which settled before trial for an amount believed to be in the mid-six figures”. In between the reels and the jigs, a jury took only 30 minutes to exonerate Dr Grenga and one or two even complimented him on being a good doctor.

The last word goes to an exasperated Mr Fitzpatrick: “I disagree that frivolous suits are a thing of the past. It’s easy to find an expert witness to advance bogus theories. Plaintiffs’ attorneys know that most cases settle and they figured Dr Grenga would settle to avoid the nuisance and risk of the lawsuit.”