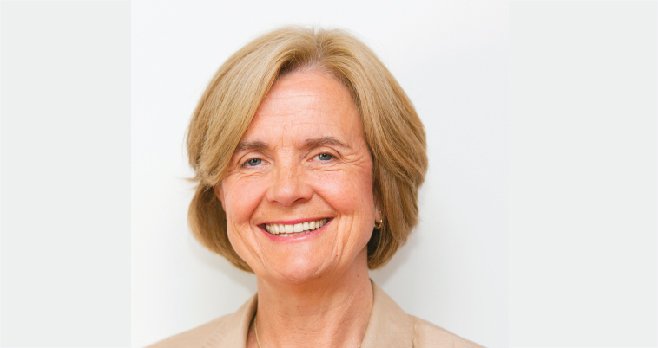 Almost a year ago, I attended a conference in Bologna, Italy, titled ‘From Gout to Cardiovascular Disease: A Central Role for Uric Acid’. The main purpose of the symposium was to further explore the role of uric acid in the pathogenesis of both gout and gout-related non-rheumatic diseases, particularly renal disease, and to review the latest evidence exploring the role of hyperuricaemia as a risk factor for cardiovascular disease. Here is an overview of some of the more provocative seminars that took place over a three-day period.

The main lecture was presented by Dr Richard J Johnson from the University of Colorado. Dr Johnson is internationally recognised for his work on mechanisms of renal injury and progression, including those associated with glomerulonephritis, diabetes and hypertension.

During his talk, he pointed out that it is well recognised that hyperuricaemia is a risk factor for gouty arthritis. It has been known for decades that subjects with hyperuricaemia also often manifest conditions associated with cardiovascular risk, including hypertension, obesity, insulin resistance, fatty liver and chronic kidney disease. Historically, it has been believed that hyperuricaemia was solely secondary to these conditions, simply reflecting actions of insulin to stimulate urate reabsorption or impaired urate excretion resulting from diminished renal function.

In the past decade, however, it has been observed that hyperuricaemia is often present prior to the onset of hypertension or metabolic syndrome, making the rise in uric acid difficult to explain in terms of a purely secondary phenomenon.

Multiple epidemiological studies have now provided convincing evidence that an elevated serum uric acid (sUA), even in a lean individual with no other cardiovascular risk factors, is an independent predictor for hypertension, obesity, diabetes, fatty liver and chronic kidney disease. Dr Johnson’s team has shown that once hyperuricaemia is chronic, microvascular and inflammatory changes in the kidney lead to persistent salt-sensitive hypertension, even if the uric acid levels are corrected. This suggests that hyperuricaemia might play a role in hypertension, especially early hypertension.

Consistent with these findings, Dr Daniel Feig (University of Alabama, Birmingham), who also presented at this meeting, has led studies showing a strong relationship between uric acid and hypertension in the adolescent and has also shown in two small NIH trials that lowering uric acid can lower blood pressure in this population. Hence, hyperuricaemia may be one cause of hypertension, especially in adolescents.

Dr Feig also noted that the SURPHER (Serum Uric acid Reduction to Prevent HyPERtension) study, which was at the time enrolling subjects, will test the hypothesis that uric acid reduction with a urate-lowering agent will reduce blood pressure and systemic inflammation in young adult patients, but results are not expected until 2016.

Prof A Stack (University College Limerick) noted the weakness of the existing causality framework resulting from the lack of definitive intervention studies to test the effect of urate-lowering agents on reducing cardiovascular events.

Multiple epidemiological studies have now provided convincing evidence that an elevated serum uric acid (sUA), even in a lean individual with no other cardiovascular risk factors, is an independent predictor for hypertension, obesity, diabetes, fatty liver and chronic kidney disease

In their absence, efforts have concentrated on using linked databases and real-world clinical cohorts to explore the benefits of urate-lowering therapies on reducing major cardiovascular events. More compelling and consistent scientific evidence is warranted to prompt change in clinical guidelines.

Lowering sUA has been found to be protective in animal models of diabetic nephropathy and currently, there is a large NIH trial running, which is investigating the role of uric acid in diabetic nephropathy. It is suggested that hyperuricaemia should be defined as sUA levels greater than 6mg/dl (360 µmol/L), as life-long risk of gout seems to start at this level, and also because of the associated risk of renal and cardiovascular disease.

The multiple roles of uric acid in metabolic and cardiovascular disease have led to interest into its potential role in the ongoing obesity and diabetes epidemics. Increasing population hyperuricaemia correlates with these rising epidemics.

One potential mechanism could be the intake of sugary foods, as sucrose consists of fructose and glucose and the former generates uric acid during its metabolism. Prof L Punzi (University of Padua, Italy) added to this debate when he discussed the epidemiology of gout and noted that there appears to be a progressive, worldwide increase of sUA, likely related to obesity and increased consumption of purine-rich foods, alcohol and fructose-containing soft drinks.

Nonetheless, numerous issues still need to be addressed and large clinical studies need to be performed to better assess the role of uric acid in human cardiorenal and metabolic diseases. Professor C Ferri (University of L’Aquila, Italy) discussed a study performed by his group, which showed that sUA levels were significantly higher in individuals with than without metabolic syndrome and that the same levels raised gradually with the increasing number of metabolic syndrome components.

Of particular interest to some is the involvement of genetics in the development, or otherwise, of uric acid. Dr RJ Torres (La Paz Hospital, Madrid) discussed this topic. Several reports have identified a substantial association between single nucleotide polymorphisms (SNPs) in as many as 28 genetic loci and both sUA and gout. Added to this, a significant correlation has been found between the genetic risk score and both sUA and gout. Certain SNPs markedly determine the renal handling of urate. Knowledge of patients’ genotypes could help identify individuals at risk of gout, long before onset of clinical features. Dr J Dawson (University of Glasgow, UK) discussed the 28 genetic loci in detail and noted that the proportion of variance in sUA explained by these genes is approximately 5-to-7 per cent. Dr F Perez-Ruiz (Cruces University Hospital, Spain) discussed how hyperuricaemia and gout seem to be a complex pathophysiologic network in which genetic predisposition for urate handling and crystal-induced inflammation, environmental factors, drug therapy and renal disease may interact, the extent of influence of any of these factors varying, depending on individual and racial differences.

From a general arthritis point of view, Prof P Richette (Hopital Lariboisiere, Paris) discussed the interaction between gout and other joint diseases, especially osteoarthritis (OA). Radiographic and clinical studies support the tendency of gout to occur at joints already affected by OA. Several studies have shown a correlation between psoriasis, psoriatic arthritis (PsA) and elevated sUA. PsA is associated with an increase of gout, especially in men. Further to this, Dr Garcia-Puig (La Paz University Hospital, Madrid) presented data which lead to the conclusion that symptomatic hyperuricaemia of greater than two years’ duration can lead to soft tissue urate crystal deposition in about one-third of patients.

The above summary highlights some of the 25 individual seminars presented over the course of the three days in Bologna last winter.

Recent research is helping to elucidate the role of uric acid in many complex, coexisting conditions, such as hypertension, diabetes and chronic kidney disease. A lot of investigation has been done in this regard; however, it may be several more years before a clear picture emerges of this interesting biomarker’s true involvement in these diseases and the implications for the medical community and those we treat.