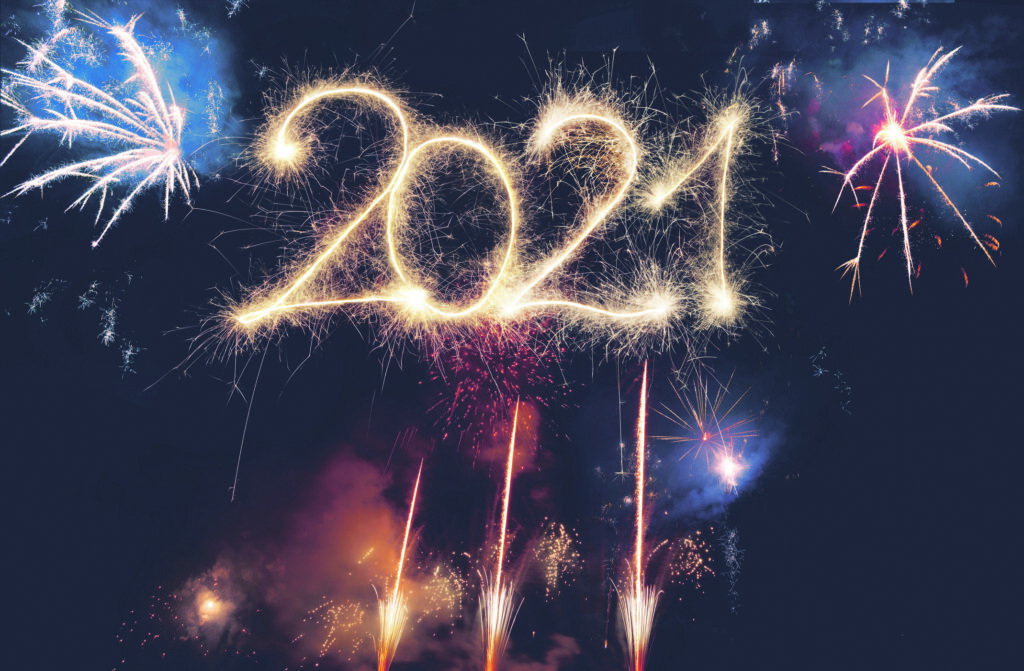 What an odd year that was and no doubt you are among the vast majority who are glad to see the back of it. While the Irish approach to seeing in the New Year revolves largely around the consumption of industrial volumes of alcohol, there are traditions in other countries that are a little more quirky and off-centre, so let’s take a quick tour.

For example, should you be lucky enough to travel to Johannesburg or Naples (if the pandemic is brought under control,of course) come the end of next December, then heads-up – it’s part of the tradition of New Year celebrations to throw items out the window or from a balcony to symbolise getting rid of the junk from the past year.

It’s an unwritten rule that this practice is restricted to small or soft objects, however, I would imagine that an unpopular member of the neighbourhood would proceed with caution during the celebrations.

Meanwhile, Venice usually lives up to its romantic reputation with the ‘Venice kiss’ ceremony to see in the New Year, whereby tens of thousands gather in the Piazza San Marco for a mass smooch.

No doubt that pesky virus has thrown cold water on their collective desires on this occasion. Celebrations are a bit more abstract in the town of Boise, US, where an internally-lit 400-pound potato – the ‘GlowTato’ – is dropped from the sky to celebrate the New Year. “Skins and all”, as they might say.

Closer to home in Scotland, the qualtagh tradition, also known as ‘First foot’, means the first person to cross the doorway after midnight should be a tall, dark-haired man bearing gifts such as bread or coal and (naturally) a ‘wee dram’ of whiskey. This is intended to bring good luck to the household and the tradition is thought to date back to Viking times, where a tall, fair-haired man with an axe crossing the threshold generally meant bad news.

The Danes take a slightly more passive-aggressive approach to the celebrations. Traditionally, plates are thrown against a neighbour’s front door and the bigger the pile of broken plates the next morning, the more popular the neighbour is perceived to be.

Another Danish New Year tradition is to jump off a chair at midnight, symbolising the leap into the New Year. Around midnight on 31 December, this one would fill the emergency departments of Ireland in about 30 minutes flat.

In Germany, an interesting tradition involves melting small lumps of lead on a spoon and pouring it into a glass of cold water. The resulting shapes are supposed to be predictive of the year ahead – a crown shape means wealth is on the way, while a ball shape represents good fortune rolling away, a star shape foretells happiness, and a cross shape is supposed to represent death.

In stark comparison to the Italian approach, over in Peru, the Takanakuy Festival sees gatherings of people who get together to celebrate New Year by beating each other with their bare fists in a makeshift ring. But fear not, it’s all overseen by police officers. Now, that one sounds a bit more Irish.

Out with the old

So, good riddance to 2020. As the world groans back into action, here are a few perspectives on what may lie ahead. Regardless, it’s fair to say we all deserve a better year than the one fading into the distance behind us. As always, your contributions are welcome at the above email address.