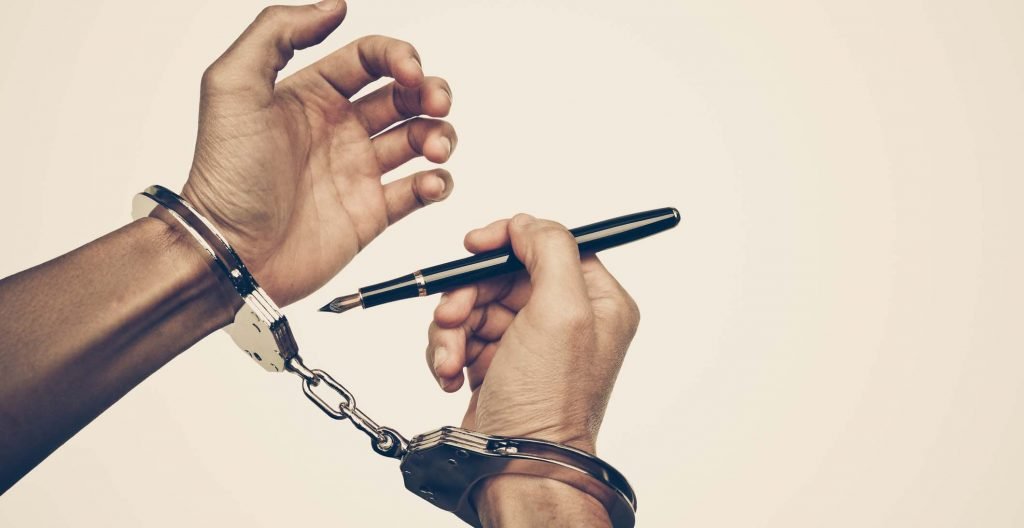 With everything that has been going on with you-know-what, we could be forgiven for shrugging when World Press Freedom Day came and passed on 3 May. A minor landmark but perhaps one that should rank a little higher on the list of days dedicated to esoteric topics such as ‘National Popcorn Day’ and ‘National Thesaurus Day’, both held in the US in January. I wanted to make a pithy comment about National Thesaurus Day, but honestly, I couldn’t find the words.

World Press Freedom Day is intended to highlight that freedom of the press and freedom of expression are fundamental human rights. But does this mean anything in reality? There are journalists languishing in prison in a number of countries simply for reporting a certain type of story and the most prominent of these, I suggest, is Julian Assange, journalist and publisher. While Covid-19 has pretty much pushed everything else off the news pages in the past couple of months, now might be a good time to do a health-check on freedom of the press and free speech.

A very brief recap: Assange, 49, first came to prominence as founder of WikiLeaks in 2006. Through his contacts in the US intelligence and military community, he published a number of leaks that proved to be highly embarrassing to some very powerful people and institutions. Perhaps the best-known of these is the 39-minute video titled ‘Collateral Murder’ published by WikiLeaks in 2010, which showed US Apache helicopters  mowing-down a group of men, including reporters and civilians, and laughing at the results. Some of these men were armed (not unusual in post-war Iraq) and standing in a spot where some ‘insurgents’ had earlier shot at a US Humvee. A van driver who reportedly stopped to help the injured was also shot dead.

I simply don’t have the space to go into the vast array of sensitive information and corruption exposed by WikiLeaks when Assange was Editor-in-Chief but among the most prominent was a release of some 30,000 emails and attachments sent via Hillary Clinton’s private email server when she was US Secretary of State. Regardless of the vast content of these emails, it is an offence for a person in such a position to even have a private email server. No charges were forthcoming. I’ll leave you to do your own research on the content and range of information uncovered by WikiLeaks, some of which appeared briefly in mainstream media.

As for Assange himself, he was investigated by Swedish authorities for allegations of rape, but the investigation was dropped after a review of the evidence. While the prosecution said the complainant’s evidence was credible, it decided the “evidential situation had weakened” given the time that had elapsed since the night in question. Assange always vehemently denied the allegations and claimed they were a plot to extradite him to Sweden, where he would then be extradited to the US. Again, I leave you to do further research.

Assange claimed asylum in the Ecuadorian Embassy in London, where he remained in effective solitary confinement for seven years, and was taken from the building and incarcerated for breach of bail in April 2019. The following month, he was sentenced to 50 weeks in prison and US authorities announced that he would be charged under the Espionage Act of 1917, even though it is widely recognised that he himself did not ‘hack’ any databases, but rather published the information that was provided to him by insiders.

Assange has been in Belmarsh Prison since that time until the present day. Belmarsh is a ‘Category-A’ maximum-security prison, used to house highly-dangerous criminals, including suspected terrorists. Whether that’s an appropriate place for a journalist and publisher to be held, I will leave you to judge.

In November last year, a group of 60 doctors wrote to the UK Home Secretary Priti Patel, warning that Assange’s health has deteriorated so badly that there is a real risk he will die in prison. He was subsequently moved to the hospital wing.

Nils Melzer, UN Special Rapporteur on Torture, visited Assange in Belmarsh prison, accompanied by two doctors. He subsequently stated: “My most urgent concern is that, in the United States, Mr Assange would be exposed to a real risk of serious violations of his human rights, including his freedom of expression, his right to a fair trial and the prohibition of torture and other cruel, inhuman or degrading treatment or punishment.

“I am particularly alarmed at the recent announcement by the US Department of Justice of 17 new charges against Mr Assange under the Espionage Act, which currently carry up to 175 years in prison. This may well result in a life sentence without parole, or possibly even the death penalty, if further charges were to be added in the future.” Melzer also expressed concern regarding Assange’s lack of access to his legal team, including his own case files and documentation, without which it would be almost impossible for him to mount a defence in court.

“Since 2010, when WikiLeaks started publishing evidence of war crimes and torture committed by US forces, we have seen a sustained and concerted effort by several states towards getting Mr Assange extradited to the United States for prosecution, raising serious concern over the criminalisation of investigative journalism in violation of both the US Constitution and international human rights law,” Melzer continued.

“Since then, there has been a relentless and unrestrained campaign of public mobbing, intimidation and defamation against Mr Assange, not only in the United States, but also in the United Kingdom, Sweden and, more recently, Ecuador.” According to Melzer, this included a long list of humiliating and threatening statements in the press and on social media, but also by senior political figures, and even by judicial magistrates involved in proceedings against Assange.

“In the course of the past nine years, Mr Assange has been exposed to persistent, progressively severe abuse, ranging from systematic judicial persecution and arbitrary confinement in the Ecuadorian embassy, to his oppressive isolation, harassment and surveillance inside the embassy, and from deliberate collective ridicule, insults and humiliation, to open instigation of violence and even repeated calls for his assassination… in addition to physical ailments, Mr Assange showed all the symptoms typical for prolonged exposure to psychological torture, including extreme stress, chronic anxiety and intense psychological trauma.”

All of the above has been widely reported in what are considered reputable mainstream news sources. Oddly, a number of major publications and other news sources also published many of the WikiLeaks findings, including ‘Collateral Murder’, but were never challenged for exactly the same ‘offence’.

Assange is still being held in Belmarsh by authorities in the UK, the USA’s closest ally, officially for breaching bail, but read into the above what you will.

A belated happy World Press Freedom Day to us all.