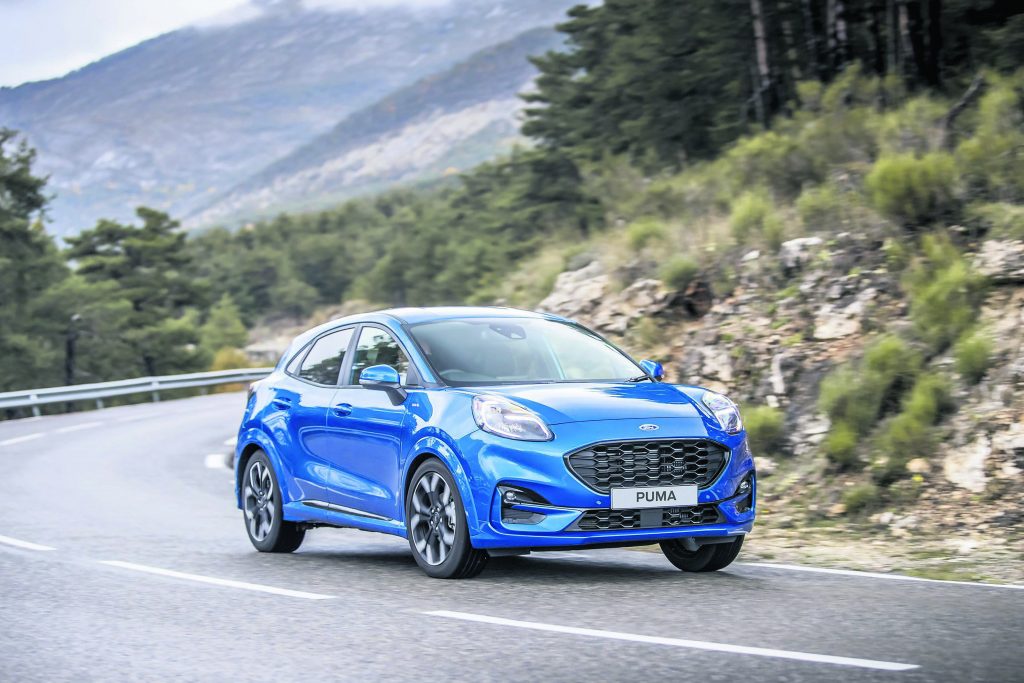 When I was a boy, the Ford Puma was a small sports coupé, driven, predominantly, by hairdressers throughout Europe. It was one of the cars I fancied as a potential first car in my early teens as it came with an Anti-Social Behaviour Order (ASBO) inducing 1.7litre 150hp engine. I never pulled the trigger on that notion and the sporty little Puma was ultimately discontinued in 2001; many years before it made its debut in the illustrious British Rally Championship in 2008. Now, however, a new Puma is on the prowl, this time in the form of a family-friendly crossover SUV.

Believe it or not, this little crossover, like its cooler predecessor, is based on the same platform as the Ford Fiesta. This new Puma is 54mm taller than a Fiesta hatchback, but 71mm wider, and 146mm longer. For this review, Ford gave me the ST-Line version of the Puma with a 1/0 litre EcoBoost (turbo) engine, supported by a mild hybrid system. This little motor produces 123hp and 127g/km CO2 emissions.

After the Puma I was testing was confused for a new Kia Sportage, I struggled to get over the front-end, aesthetic similarities between the two cars. However, the Puma’s lights give it a little more of a boggle-eyed look than the Kia. This new look is universes away from the sleek lines of its 90s sports coupé predecessor. But in this new world, where safety is first and Twitter is king, it’s family crossovers that sell, not sports coupés, so Ford can’t be blamed for giving the buyers what they want. I wonder if the last recession hadn’t so dramatically stunted the potential earning and purchasing power of an entire generation, would we be seeing more sports coupés bought by 20-somethings and fewer family-focused crossover SUVs cluttering the nations carparks?

The Ford Puma’s big trick is its ‘Megabox’ boot feature. This is an 80 litre, rubber-lined storage box under the car’s floor. It is found by lifting a trap door on the boot floor and boasts a drain plug, allowing you to expel the myriad fluids accrued during family staycations. The idea of the Megabox is to accommodate for oversized Ikea purchases, house plants and potentially a stowaway or two.

The ‘mild’ hybrid system in this car doesn’t provide an electric-only option as in other hybrids; instead the integrated generator and lithium-ion battery offer some additional torque to the engine (50Nm) and help to make stop-starts more efficient. The model I tested had a six-speed manual transmission; however, an automatic is available, if you’re that way inclined.

The model I tested had the kind of mod cons you get used to doing this job, namely: Reversing cameras, wireless phone charger, adaptive cruise control and park assist. It had a sizable infotainment system, although I don’t love the user experience, I find it very clunky.

This was the first test car I had actually test-driven in several months and it must be said, it was a lot roomier and more practical than its predecessor; although, in my opinion, not as cool looking. Prices for the new Ford Puma start at €24,835 for the basic titanium version and increase to €31,450 for the ST-Line X Vignale. The ST-line I road tested costs €27,917.

If I was buying a crossover I’d definitely get this over a Renault Captur or Nissan Qashqai. Certainly worth a test drive if this is what you’re into.

Standard features on ST-Line X include:

Additional options on this model: