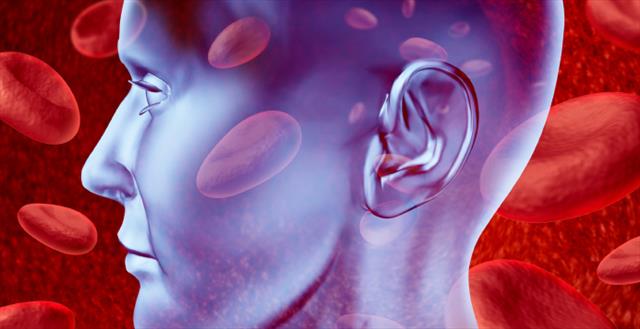 Donna Cosgrove MPSI provides a clinical overview of the prevalence, developments and latest medical treatments in the management of hypertension and prevention of stroke

Improvements in cardiovascular health are projected to reduce coronary heart disease deaths by 30 per cent between 2010 and 2020. Already, mean blood pressure levels have decreased substantially over the last 30 years in high-income Western and Asia Pacific countries, despite increasing body mass index (BMI). The nature of these favourable trends has led to speculation about their drivers: These may include improvements in early childhood nutrition and availability of fruits and vegetables, which might increase the amount and regularity of their consumption.

Furthermore, the use of cholesterol-lowering treatment increased substantially among adults, from 8 per cent in 1999 to 2000, to 18 per cent in 2011 to 2012, according to the National Health and Nutrition Examination Surveys.

Cost-effective medications, such as aspirin, statins, and antihypertensives, are still unaffordable for much of the world.

A diagnosis of hypertension is made if multiple readings show blood pressure levels to be 140/90mmHg or higher. In 2015, the global prevalence of hypertension in 2015 was 24 per cent in men and 20 per cent in women. Overall, the number of people in the world with hypertension has increased by 90 per cent (from 594 million in 1975, to over one billion in 2015) since the mid-1970s. The majority of this increase is driven by low- and middle-income countries, and largely driven by the growth and ageing of the population. Despite extensive knowledge about how to prevent and treat hypertension, it still contributes massively to global mortality.

In Ireland, more than 950,000 adults aged 45 years and older have hypertension: This includes an estimate of some 595,000 adults who are undiagnosed. South Korea and Canada have the lowest age-standardised mean systolic blood pressure in 2015 for both men (117-118mmHg) and women (about 111mmHg).

In low- and middle-income countries, the awareness, treatment and control of hypertension are very poor. Just 46.5 per cent of hypertensive participants are aware of their status, but in those being treated, only 32.5 per cent had their blood pressure effectively controlled. However, awareness, treatment and control are also relatively low in high-income countries.

Although anything under 130/80mmHg is generally considered healthy, the Systolic Blood Pressure Intervention Trial demonstrated lower mortality risk with a systolic blood pressure target goal of 120mmHg versus the current 140mmHg systolic target — therefore, the association between blood pressure and cardiovascular morbidity and mortality is present, even below the present cut-off for hypertension diagnosis and treatment. People with hypertension who are being treated achieving blood pressure below 140/90mmHg, but above 120/80mmHg, still have an approximately 50 per cent increased risk of any cardiovascular event.

Hypertension is affected by a range of factors in addition to those already mentioned: Environment and behaviour throughout the life course, including foetal and early childhood nutrition and growth, especially sodium and potassium intakes, noise, specific components of diet, lead, air pollution, psychosocial stress, and of course the use of blood pressure-lowering drugs.

Elevated blood pressure is the principal risk factor for cardiovascular diseases worldwide and is the cause of 54 per cent of strokes. A review of recent clinical trials identified the benefit of intense blood pressure reduction to reduce risks of stroke outcomes. In the US, approximately 795,000 strokes occur annually, with an occurrence, on average, of one stroke every 40 seconds. On average in the US, every four minutes someone dies of a stroke. In Ireland, strokes are also a major health problem: It is the third-highest cause of mortality here, after heart disease and cancer. Every year, over 8,500 people in Ireland suffer a stroke, of which 80 per cent are ischaemic, with haemorrhagic strokes occurring in the other 20 per cent.

The signs and symptoms of a stroke vary, depending on the part of the brain affected; however, the main symptoms can be remembered with the ‘FAST’ acronym: Face-Arms-Speech-Time (described further on the HSE website www.hse.ie). The symptoms of a transient ischaemic attack (TIA) are the same as for a stroke, but only last from between a few minutes to a few hours. However, there is about a one-in-10 chance that those who have a TIA will experience a full stroke during the four weeks following the TIA.

Oral anticoagulants are indicated for stroke prevention in some circumstances, ie, non-valvular atrial fibrillation. Anticoagulation may be achieved with a vitamin K antagonist, ie, warfarin, although in recent years the novel oral anticoagulants (NOACs) are being increasingly used, ie, apixaban, dabigatran, rivaroxaban or edoxaban.

After a stroke, about one-third of survivors experience depression, anxiety or apathy. Less commonly, emotional liability (rapid, often exaggerated changes in mood), personality changes, psychosis and mania occur. There is no clear relation between these distressing symptoms and the location of the brain lesion. There are important gaps in knowledge about how to manage these, with further research needed to identify causes and interventions to prevent and treat these disorders. Maintaining healthy cardiovascular health metrics can help prevent these. Specifically, adherence to a Mediterranean-style diet that is higher in nuts and olive oil was associated with a reduced risk of stroke.

The HSE recommends that for health benefits, adults should do at least 30 minutes a day of moderate-intensity activity, five days a week. This is largely in agreement with the US Centres for Disease Control and Prevention guidelines, which advises at least 150 minutes a week of moderate-intensity exercise, or 75 minutes a week of vigorous-intensity aerobic activity, or an equivalent combination. In Ireland, although 65 per cent of people are aware that they should be active for more than 150 minutes a week, just 32 per cent of adults met this threshold in 2016. Furthermore, young people are not meeting their physical activity recommendations: 14.3 per cent of secondary school students reported that they were inactive on all of the previous seven days.

Approximately 23 per cent of the Irish population smoke tobacco. Although this has decreased substantially since the smoking ban, we still show higher rates of smoking than the US (19.5 per cent) and the UK (20 per cent), although our rate is lower than many of our European neighbours. The HSE’s ‘QUIT’ campaign (www.quit.ie) can assist people on their path to stop smoking.

Evidence suggests that the improvement of cardiovascular health in Ireland will necessitate a higher adherence to healthy choices. There are three factors necessary for the performance of a specified volitional behaviour: The skills to perform the behaviour; a strong intention to perform the behaviour; and no environmental constraints that make it impossible to perform the behaviour. Three essential conditions are necessary for changing health behaviours: Capability, opportunity, and motivation. ‘Capability’ is defined as the individual’s psychological and physical capacity to engage in the activity concerned, including having the necessary knowledge and skills. ‘Motivation’ is the culmination of all brain processes that energise and direct behaviour, not just goals and conscious decision-making. It includes habitual processes, emotional responding, as well as analytical decision-making.

‘Opportunity’ refers to all the factors that lie outside the individual that either make the behaviour possible or prompt it. This applies across the board, to medication adherence for treatment of hypertension and stroke, and also to the maintenance and improvement of the additional cardiac metrics.

The Irish Heart Foundation and the Irish Pharmacy Union have launched a pilot study, during which members of the public over 50 years of age will be offered health checks for hypertension and atrial fibrillation. This project commenced on 5 July 2018, with the aim of recruiting 1,000 pilot participants in 50 participating pharmacies. See www.irishheart.ie.

The RCPI Institute of Obstetricians and Gynaecologists and the HSE Clinical Strategy and Programmes Division have produced a joint guideline on the management of hypertension in pregnancy, while the ICGP also has a number of useful guidance documents on the management of various cardiovascular conditions in the community, as well as a dedicated online educational module on hypertension.