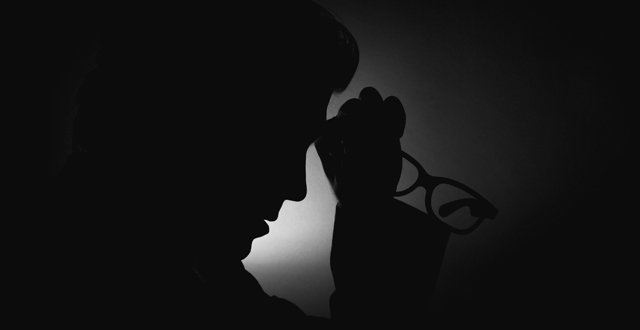 A new study has shown a significant average decrease in the Children’s Depression Rating Scale (42.5 per cent) among adolescents with treatment-resistant depression who were treated with intravenous ketamine. The study, which demonstrated the tolerability and potential role of ketamine as a treatment option for adolescents with treatment-resistant depression, is published in the Journal of Child and Adolescent Psychopharmacology.

The study participants were 13 young adults aged 12-to-18 years who had failed two previous trials of antidepressants. They received six ketamine infusions over two weeks, with doses based on body weight. The treatment was well tolerated and, based on the Children’s Depression Rating Scale scores, 38 per cent (five) of participants met the criteria for clinical response and remission. The study findings also suggested that dosing based on ideal body weight as opposed to actual weight, which is known to be effective in adult subjects, may not be appropriate for adolescent subjects.

While the results suggest ketamine offers significant benefits in treating major depression, there still is much work to be done to better understand the optimal dose and schedule for administering the drug in this patient population, the study authors acknowledged. Larger, more long-term adolescent studies need to be completed to reveal how this drug interacts with growing, younger brains.

“The field is excited about a potential new agent for adolescents with treatment-resistant depression. We look forward to additional studies of ketamine to validate this treatment,” said Dr Harold S Koplewicz, Editor in Chief of the Journal of Child and Adolescent Psychopharmacology and President of the Child Mind Institute in New York.

Parental depression linked to kids’ increased use of health services

Parental ill health, especially depression, is linked to heightened use of health services, including emergency care, among their children, finds new research published in the online journal BMJ Paediatrics Open.

Family context may be an influential driver of healthcare needs and use, suggest the researchers.

Survey data has pointed to a link between parents’ use of health services and patterns of use among their children. To explore this issue further, the researchers reviewed the electronic health records of more than 25,000 patients registered with one GP practice in London, covering a period of 12 months.

They created ‘household’ groups of patients living at the same address and then calculated the impact of parents’ long-term conditions and use of health services on their children’s health-seeking behaviour in four domains of care: GP appointments; emergency department attendance; hospital admissions; and outpatient appointments.

The children were divided into three age groups: 0-5; 6-10; and 11-15, and potentially influential factors, such as deprivation levels, derived from postcode; parental age; and gender were taken into account.

Some 6,738 children up to the age of 15 years, living in 3,373 households with parents aged 18-to-55 years, were included in the final analysis. Nearly 2,500 (41 per cent) children lived in a single-parent household; the same proportion lived with two parents; and nearly one-in-five (19 per cent) lived with three or more adults.

The most common long-term condition their parents had was depression. Nearly 1,000 (16 per cent) children had a parent who had been diagnosed with the condition.

After taking account of parents’ use of healthcare, the analysis showed that parental depression was associated with increased odds of a child’s use of health services.

But there are several possible explanations for the findings, they suggest, including parents’ perception that their children might be more susceptible to health problems, or that parental depression might be a consequence of prolonged illness in a child.

“The results presented in this paper suggest that a holistic assessment of family needs, particularly parental mental health and social support, may be an effective approach to improving the health and wellbeing of [children and young people],” they conclude.

Depression was the most common mental health problem associated with overdose in a hospital-admitted adolescent population, with family history of depression also a strong risk factor, a recent Irish study has found.

The study in the Irish Medical Journal analysed data on all 85 adolescents seen at the paediatric emergency unit of Cork University Hospital for drug overdose from January 2014 to December 2016.

Almost all the adolescents used painkillers for their overdose, 83 out of 85, with paracetamol the top used drug at 67.5 per cent (56/83), over non-steroidal anti-inflammatory drugs (NSAIDs) and aspirin.

Over half (54.1) of the teenagers used more than one drug in their overdose attempt. Three (3.5 per cent) inhaled aerosol of kitchen spray. Concomitant alcohol (vodka) and drug overdose was documented in 17.6 per cent of cases (15/85).

Thirty-eight (44.7 per cent) of the adolescents had a history of deliberate non-drug related self-harm, including cutting skin, hanging and near-drowning, while 14.1 per cent were previously seen for deliberate self-poisoning/overdose.

“Self-harm, even that performed outside of a suicide attempt, is well known to be a major risk factor for future suicide attempts; as such, intense efforts should be made to reduce or prevent incidents of self-harm, irrespective of the type,” the study authors said.

Depression was the most common mental health problem associated with overdose in the studied teens. Seventy-five per cent of the study patients with a family history of depression (mother and maternal grandmother) were also on treatment for depression. The suicide of a parent was documented in three patients, and all had history of non-drug related self-harm.

Break ups with boyfriend or girlfriend accounted for 13 per cent of possible triggers for the overdoses.

Ten of the 83 patients were documented to have left a suicide note prior to their overdose.

Most of the study patients were aged between 14-to-16 years, while the youngest patient was just 11 years old.

The majority, (81.2 per cent), were female, similar to other such studies.

“The numbers in this study probably represent only the tip of the iceberg, as it is likely that substantial numbers of recorded self-poisoning occur in the community,” the study authors said.

A third (28) of the 85 patients had been under the care of the HSE Child and Adolescent Mental Health Services (CAMHS), with a diagnosis prior to their admission for overdose.

Seventy-one (83.5 per cent) of the 85 patients were reviewed by the CAMHS team and 13 per cent were assessed by a medical social worker (MSW) before discharge. Six were transferred to a CAMHS inpatient unit.

The study authors said the fact that not all of the patients were assessed by CAMHS or a MSW “might be accounted for by limited manpower and unavailability of on-call CAMHS and MSW team, as the majority of these cases are seen during on-call hours”.

No deaths were recorded in this study but 14 per cent (12 patients) re-presented with drug overdose within a two-year period of the study, and the vast majority (83 per cent) of these were female.

Suicide is the third-most common cause of death among adolescents globally, and poisoning is the leading method of attempted suicide. So understanding the probable triggers of overdose can be significant in establishing appropriate suicide prevention strategies, the study authors said.

To the best of their knowledge, this is the first study in Ireland that has specifically evaluated the presentations and preceding factors of overdose in adolescents seen in paediatric settings.

he neural link between depression and sleep problems has been identified for the first time in a new study published in JAMA Psychiatry.

The researchers found functional connectivity between the areas of the brain associated with short-term memory, self, and negative emotions — causing sufferers to dwell on bad thoughts and leading to a poor quality of sleep.

This research could lead to better sleep quality for people with depression and opens up the possibility of new targeted treatments. Depression and sleep problems often go hand-in-hand; about 75 per cent of depressed patients report significant levels of sleep disturbance, such as difficulty of falling asleep and short duration of sleep (insomnia). People with insomnia also have a higher risk of developing depression and anxiety than those who sleep normally.

Analysing data from around 10,000 people, the researchers examined the neural mechanisms underlying the relationship between depression and quality of sleep.

The analysis showed that these functional connectivities underlie the relationship between depressive problems and sleep quality.

The researchers conclude that increased functional connectivity between these brain regions provides a neural basis for how depression is related to poor sleep quality.

Study author Prof Jianfeng Feng, from the University of Warwick’s Department of Computer Science, UK, said: “The relation between depression and sleep has been observed more than one hundred years, and now we have identified the neural mechanisms of how they are connected for the first time. These findings provide a neural basis for understanding how depression relates to poor sleep quality, and this in turn has implications for treatment of depression and improvement of sleep quality because of the brain areas identified.”

Another study author, from the University of Warwick’s Department of Computer Science, Prof Edmund Rolls, also commented: “This study may also have implications for a deeper understanding of depression. This important cross-validation with participants from the US provides support for the theory that the lateral orbitofrontal cortex is a key brain area that might be targeted in the search for treatments for depression.”

Prof Feng added that the findings could have important public health implications: “In today’s world, poor sleep and sleep deprivation have become a common problem, affecting more than a third of the world’s population due to the longer work hours and commuting times, later night activity, and increased dependency on electronics. The disorder of insomnia has become the second-most prevalent mental disorder.”