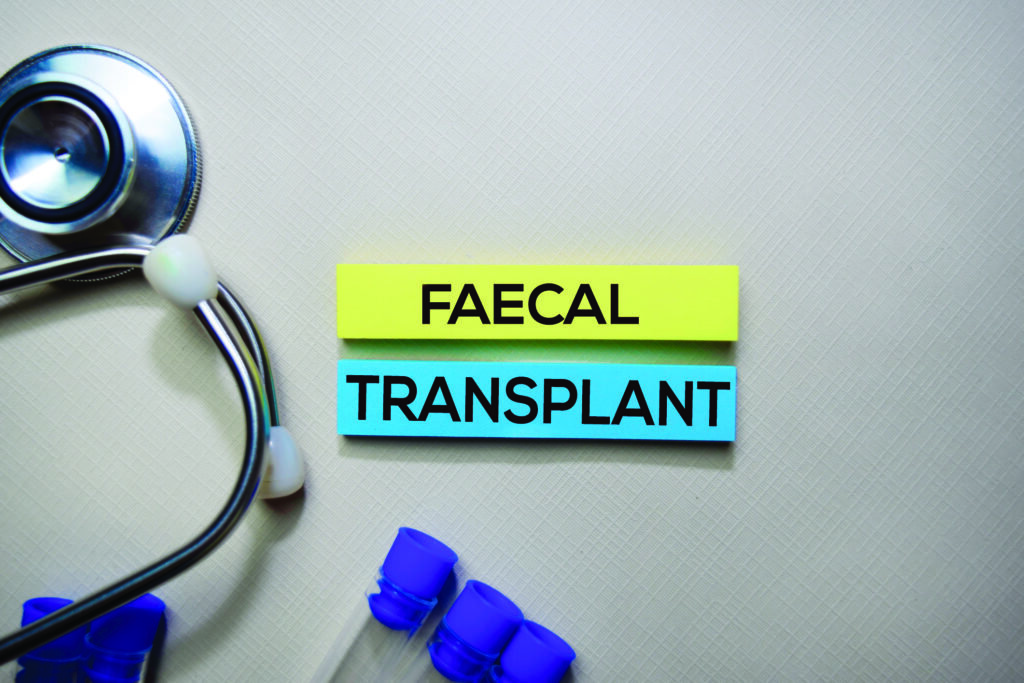 Faecal microbiota transplant (FMT) services internationally were severely impacted by Covid-19. David Lynch examines the effect of the pandemic on developing this area in Ireland

In January 2020 the Medical Independent (MI) reported that Stool Bank Ireland aimed to start providing faecal microbiota transplants (FMTs) in Irish hospitals to treat refractory or recurrent Clostridioides difficile infection (CDI) “within a year” of receiving funding. Stool Bank Ireland is a team of clinicians and researchers from Beaumont Hospital, Dublin; RCSI; Cork University Hospital; and APC Microbiome Ireland, who came together to investigate the feasibility of establishing FMT in Ireland. Early last year, it was announced that the group would receive funding under the Sláintecare Integration Fund.

However, only a few weeks later, the first case of Covid-19 was notified in Ireland and the Irish health service was plunged into the challenge of the pandemic. The impact of the crisis on non-Covid areas of the heath service has been widely reported. FMT, both in Ireland and internationally, has had to deal with some specific challenges, which have had a serious knock-on effect on the development of the treatment in the area.

FMT involves the transfer of stool from a healthy donor into the patient’s gastrointestinal tract for the purpose of treating recurrent CDI. According to a recent article in The Lancet Microbe, FMT “is a potentially life-saving treatment for patients with refractory and recurrent Clostridioides difficile infection with cure rates of 90 per cent”. In 2018, there were 2,053 notifications of CDI in Ireland, up from 1,763 in 2017, according to figures from the Health Protection Surveillance Centre (HPSC).

“We received funding from Sláintecare to establish Stool Bank Ireland and provide access to FMT for patients in Ireland. Initially the grant was to streamline a supply of FMT from overseas,” Dr Fidelma Fitzpatrick, Consultant/Senior Lecturer in Microbiology at the RCSI and member of Stool Bank Ireland, told MI.

“Following difficulties encountered sourcing a supply… it became apparent over the course of the grant that it was not possible to source FMT from overseas and that we would need to produce FMT in Ireland.”

The Covid-19 pandemic “most certainly impacted the project”, confirmed Dr Fitzpatrick, but these difficulties were not confined to this island. “It also impacted FMT and stool banks worldwide,” she added.

“Many of us that were clinical based spent most of the first wave working on Covid-19 in our respective hospitals. In addition, as SARS-CoV-2 PCR was reported from faeces in some patients, it was clear that donors and the associated project had to be screened for SARS-CoV-2, so that paused FMT worldwide for a number of months last year.”

The scale of the international challenge was highlighted in a February 2021 paper in The Lancet Microbe entitled, ‘The journey towards safely restarting faecal microbiota transplantation services in the UK during the Covid-19 era’. The authors of the paper noted that the “substantial implications with regard to the safe provision of FMT were made evident with emerging reports of detectable SARS-CoV-2 virus in stool even before the declaration of the Covid-19 pandemic”.

However, the paper outlined a number of protocols introduced in recent months, which have improved the situation and provision of FMT services.

Despite the difficulties posed by Covid, progress was still made on the Irish project last year, with the establishment of a clinical and scientific stool bank committee to provide oversight of the health and safety standards required for FMT and facilitate a nationally coordinated approach. Representatives from gastroenterology, clinical microbiology, infectious diseases, surgery, scientific microbiome research, the Irish Blood Transfusion Service, pharmacy, nursing, patient representation, and external international expert advice from an established Dutch stool bank, came together and formed a steering committee.

“We initially looked at possibilities to import product from abroad once the various international stool banks had appropriate SARS-CoV-2 screening programmes in place,” said Dr Fitzpatrick.

“Though we evaluated several potential sources within the EU they are not set up to export product to another EU country, though several countries had their own stool banks for domestic use.

That left the committee investigating whether it could produce product in Ireland. In January 2017, MI first reported that the Health Products Regulatory Authority (HPRA) was considering the regulation of FMT and planned to issue guidance. In late 2018, this newspaper reported that the HPRA decided to classify FMT as a medicinal product and said it would accept applications for clinical trials using FMT as an investigational medicinal product. However, FMT classification is far from universal internationally and “the regulation of FMT is challenging” on a global level, said Dr Fitzpatrick.

“Stool products do not clearly fit into an existing regulatory framework and there are a number of ways FMT can be classified.”

A variety of approaches have been taken in classifying FMT in Europe and around the world, leading to “inconsistencies” in how FMT is regulated, she added.

The approach to FMT regulation by the HPRA is similar to that of regulatory bodies in France, Germany, Switzerland, and the UK. However, in the US, FMT is regulated by the Food and Drugs Administration (FDA) as a biological investigational product. The Australian Therapeutic Goods Administration has recently formulated a regulatory framework for FMT as a biological product.

“In the last few months of the project and after several meetings with the HPRA, we planned to start the process of setting up a GMP [good manufacturing practice] facility in Cork to produce FMT for national use,” according to Dr Fitzpatrick.

“This process would have extended beyond the lifetime of the grant, so we sought to lay the groundwork for this under the Sláintecare grant.

“We were advised by the Department of Health via Pobal to prepare a business case to outline what would be required to establish and maintain a stool bank in Ireland. This is currently in preparation.”