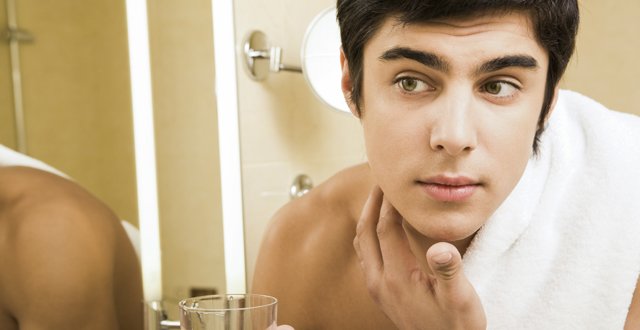 Acne affects more than 600 million people worldwide, and 80-to-90 per cent of teenagers, sometimes causing psychological distress and physical scarring. In the past, some may have regarded it as an unenviable but inevitable part of teenage life, but given that, if left untreated, it can scar young people for life, physically and mentally, people have grown intolerant of its effects. Many effective treatments now exist for teenage and adult acne.

The primary trigger for acne is the onset of puberty and while there are some exceptions to the rule, it is rarely seen before then, Dr Cal Condon, Consultant Dermatologist, Blackrock Clinic, Dublin, tells the Medical Independent (MI). The surge in the production of hormones in the body that occurs at puberty stimulates the sebaceous glands to start producing oil as well as sebum. The production of excess oil and sebum leads to blackheads, which result from the clogging of hair follicles; and whiteheads, which are the result of the clogging-up of skin pores.

Diet is not going to be a factor in triggering acne, unless someone is a diabetic or eating a very high glycaemic index diet, Dr Condon explained. Most patients presenting with acne are going to need treatment, rather than any management of their diet, or change in their environment. Genetics certainly play a role, but there is little evidence about other factors such as hormones, stress, infection and diet, he added.

Mild acne is treated with topical treatments, with a good cleansing routine involving antibacterial products. There are numerous specialist acne products available over the counter. The most common acne topical agents are benzoyl peroxide and topical retinoids, which cause UV sensitivity, topical antibiotics, or azelaic acid. In some cases, oral antibiotics (tetracyclines) may also be used.

There is a lot of self-management of acne via the Internet going on, notes Dr Condon, but patients would be better off having their GP manage their acne in the first instance.

When the patient’s acne is intractable and not responding to treatment, and the options are running out, the GP should consider referral to a consultant dermatologist, he said. Furthermore, when scarring has occurred, this is always a point in the progression of the disease when serious consideration should be given to referring the patient to a specialist.

The GP might also consider referring some patients with relatively mild acne, when that acne is proving to be socially crippling for the individual. The upset in these cases may be exclusively related to the acne and such individuals may require a referral to a psychiatrist.

The use of lasers and blue light (UV) therapy are becoming increasingly popular for the treatment of acne, but they work best as adjuvant therapies, according to Dr Condon.

As a treatment for acne scarring, laser technology has really advanced in the last decade. Today, resurfacing and vascular lasers can improve acne scarring by as much as 50-to-80 per cent, where previously, little could be done to improve their appearance.

As well as treating the scarring resulting from acne, lasers can also treat active acne. Furthermore, it should be noted that while lasers and phototherapy work well for a good proportion of acne patients when used correctly, they are not effective for all patients.

Patients need to be wary of cosmetic clinics that are offering to treat acne with laser and blue light therapies, as they do not provide a full treatment package, he cautioned.

But the first step in the treatment of acne scarring should be the treatment of the acne itself, as getting rid of acne will stop the problem of further scarring and allow the best results for the existing scars, Dr Condon said.

For the treatment of severe acne, isotretinoin (Roaccutane) is very effective and almost always curative, though it has particular risks and side-affects, according to Dr Condon. It is indicated for severe forms of acne (such as nodular or conglobate acne or acne at risk of permanent scarring) resistant to adequate courses of standard therapy with systemic antibacterials and topical therapy, in patients aged over 12 years.

Isotretinoin should only be prescribed by or under the supervision of physicians with expertise in the use of systemic retinoids for the treatment of severe acne and a full understanding of the risks of isotretinoin therapy and monitoring requirements.

Isotretinoin is contraindicated in patients with: Hepatic insufficiency; excessively elevated blood lipid values; hypervitaminosis A; those receiving concomitant treatment with tetracyclines; and pregnant and breast-feeding women.

It is a teratogen, and this is an important consideration when treating teenage girls with acne, a group that constitute about half of all the patients with acne that are referred to a dermatologist, Dr Condon noted. Women of child-bearing age who are prescribed isotretinoin must be explicitly counselled on the importance of contraception if sexually active and if necessary, prescribed a reliable form of contraception, and checked for pregnancy prior to commencing treatment, due to the high risk of birth defects if they were to conceive on isotretinoin.

It is also recommended that people who are taking isotretinoin do not consume alcohol, Dr Condon continued. As well as mood swings, other potential side-effects include blurred vision and bad headaches, but again, these are rare.

There is some discomfort too that people experience while on isotretinoin, as the drug tends to dry-out the skin and the mucous membranes. This can lead to dry lips, dry eyes and nosebleeds, but he said the message is that patients are prescribed the drug so that they will feel better at the end of the course, not during it.

One of the major, but perhaps inadequately appreciated, burdens of acne for teenagers is the “horrendous psychological stress” that it can place them under, he stated. When asked, ‘how much does your acne bother you and is an issue in your life?’, it is rare that dermatologists will get an answer of less than ‘8 out of 10’, he said.

It is therefore important that those teenagers who are very distressed by their acne are seen promptly by a dermatologist.

Acne-associated depression and suicidal ideation, and the benefits/risk of isotretinoin in the treatment of severe acne, are issues that dermatologists must consider carefully, Dr Condon added. When people come to see a dermatologist at the point where they are depressed because of their acne, it is a ‘catch 22’ situation for the clinician, he said, and careful clinical judgement must be used.

There are cases where people with moderate-to-severe acne are sufficiently psychologically unstable because of their acne that they should see a psychiatrist before being prescribed isotretinoin, Dr Condon said. They may also require psychiatric assessment during a course of therapy.

Change in attitude to acne

In recent decades, while the numbers of people with acne in Ireland have remained stable, the attitudes towards it have changed. People have become more intolerant of acne, as they gradually have come to realise that effective treatments do exist. The impatience of teenagers with acne for a cure is understandable, as it is a sore, visible condition that affects many people at a vulnerable time in their lives and can sometimes result in permanent scarring.

Another change is the availability of consultant dermatologists around Ireland. In the early 1990s, for example, there was just one dermatologist south of an ‘invisible line’ joining Galway and Dublin, according to Dr Condon.

Acne used to be treated as something of a rite of passage for the teenage years, but it is taken much more seriously now. There are treatments that work and specialists to deal with it. The improved knowledge of acne among GPs is another positive and all of this means that the situation for those with acne is far more positive now than 20 or 25 years ago, Dr Condon concluded.

Sometimes, acne can persist into adulthood, and there is a significantly higher proportion of adult women presenting with acne than men.

Persistence of acne into adulthood or late onset of acne in women who also exhibit clinical features of hyper-androgenism may warrant further investigation (hormone assays) for underlying hormonal abnormalities, such as polycystic ovary syndrome (PCOS).

Anti-androgen treatment can treat the associated acne and co-cyprindiol (Dianette) is very effective, but older women may not be suitable candidates for the contraceptive pill, so an alternative must often be sought. Oral spironolactone may be prescribed because of its ability to block systemic androgen production.

Meanwhile, many men with acne referred to dermatologists have already tried many different kinds of treatments that have not been effective, Dr Condon said. The likelihood is that they are unlikely to ‘grow out of it’ and that a short course of treatment is not going to be sufficient to adequately manage their acne.