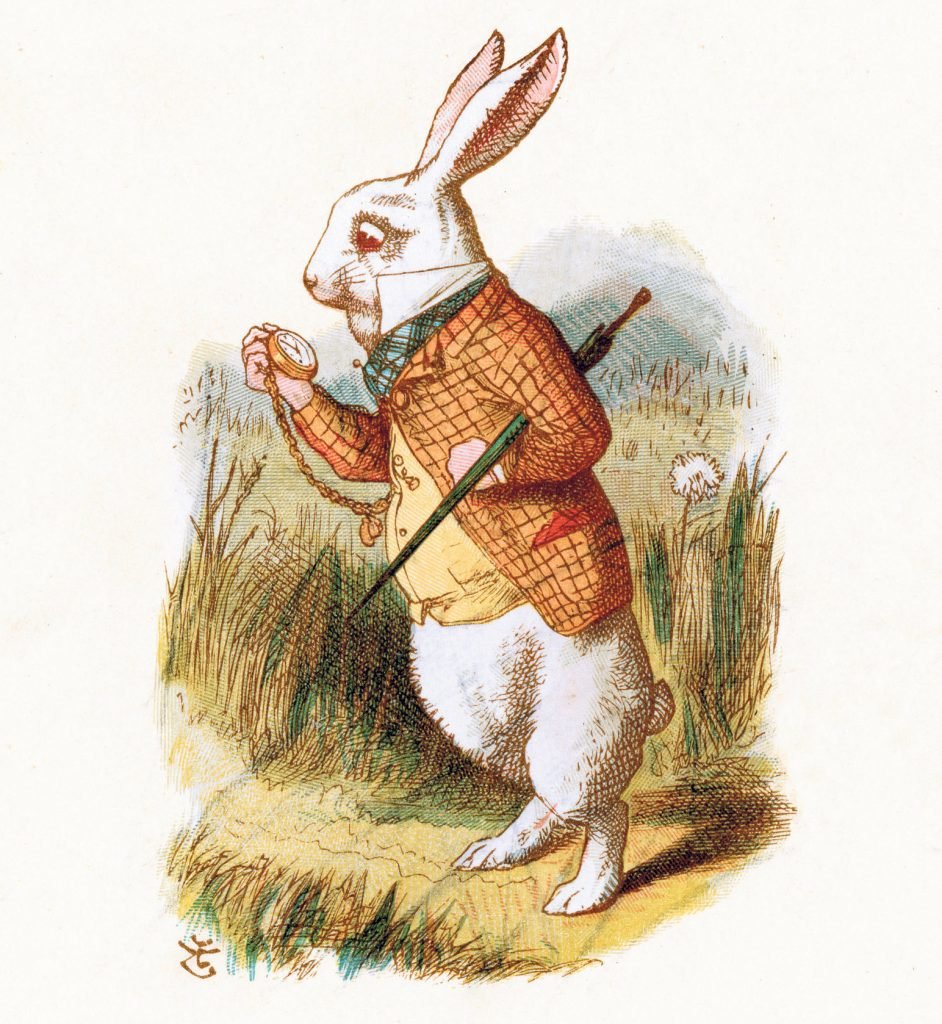 Whatever the eventual consequences of Covid-19 may be, it has brought to light some interesting developments in medical-governmental-industry collaboration. It has also provided sometimes ridiculous, sometimes troubling, insights into human nature in times of crisis. In addition, it has spawned some controversial theories regarding the origins of the virus. Therefore, in keeping with the tradition of the Dorsal View taking a sideways look at health and medicine, I invite you to follow me down the rabbit hole to explore one of these.

Of course, in terms of the most prominent of proponents of theories regarding Sars-coV-2’s origins, look no further than the President of the US, Donald J Trump.

President Trump announced recently that he was directing intelligence agencies in the US to explore the possibility that Sars-coV-2 may have escaped from the Wuhan Institute of Virology. In the words of the 45th and current President of the United States: “It’s a terrible thing that happened.

“Whether they made a mistake or whether it started off as a mistake and then they made another one, or did somebody do something on purpose.”

“Certainly it could have been stopped,” he said, adding: “They either couldn’t do it from a competence standpoint, or they let it spread.

“It got loose, let’s say, and they could have capped it.”

Now, these claims may have held a little more credibility, had they not come from someone whose Twitter rants have become legendary, caps-lock and all: “Every Poll has me winning BIG. If you listen to dopey Karl Rove, a Trump hater, on @oreillyfactor, you would think I’m doing poorly.”

Another gem: “Truly weird Senator Rand Paul of Kentucky reminds me of a spoiled brat without a properly functioning brain. He was terrible at DEBATE!” One more, just for the hell of it: ““Huma Abedin, the top aide to Hillary Clinton and the wife of perv sleazebag Anthony Wiener, was a major security risk as a collector of info.”

So for those of you who, like myself, do not follow President Trump on Twitter, you now get the picture. But I can’t help wondering, if Barack Obama, for example, had made similar claims about the origins of the virus, would they have been taken more seriously? Credibility, once built, can be easily burned-down. It’s also worth bearing in mind that at the time of the outbreak, the US was getting deeper into a trade war with China, so as always, managing the perception of the general public is high on the list of politicians’ priorities.

Would the claim about the origin of Sars-coV-2 hold more water if it came from an accomplished physician? Enter Prof Luc Antoine Montagnier, a French virologist and joint recipient with Drs Françoise Barré-Sinoussi and Harald zur Hausen of the 2008 Nobel Prize in Physiology or Medicine for his discovery of HIV.

Prof Montagnier has claimed that SARS-CoV-2 came from a lab and is the result of an attempt to manufacture a vaccine against the AIDS virus. He added that the presence of elements of HIV in the genome of the coronavirus, and elements of malaria, should arouse suspicion.

Prof Montagnier — who has received some 20 awards during his career and is the co-founder of the World Foundation for AIDS Research and Prevention, and co-directs the Programme for International Viral Collaboration — said the composition of Sars-coV-2 “could not have arisen naturally” and added: “The Wuhan city laboratory has specialised in these coronaviruses since the early 2000s. They have expertise in this area.”

Naturally, his claims have been roundly disputed by the vast majority of the medical community.

It should also be pointed out that Prof Montagnier shared the stage with notorious anti-vaxxer Andrew Wakefield at a conference on vaccine safety in Brussels in February 2017. At the conference, Prof Montagnier expressed his own concerns about the safety of vaccines.

Read into that what you will.

Home of the brave

I am always glad to receive any comments, contributions or jokes to info@mindo.ie. Bearing in mind the above and the significant difficulties the US is having with its death and infection rate, here’s a couple of tongue-in-cheek quotes from American author and columnist Dave Barry.

“We Americans live in a nation where the medical care system is second to none in the world, unless you count maybe 25 or 30 little scuzzball countries like Scotland that we could vaporise in seconds if we felt like it.”

“We journalists make it a point to know very little about an extremely wide variety of topics; this is how we stay objective.”