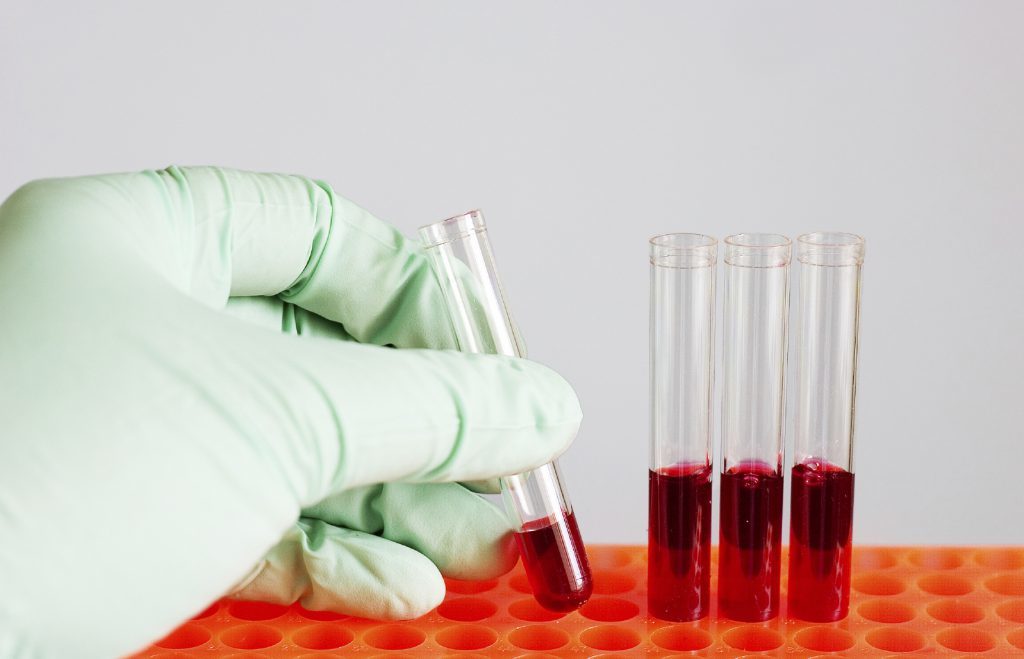 Priscilla Lynch talks to Dr Michelle Lavin, Clinical Lead for coagulation haematology research in the Irish Centre for Vascular Biology at the RCSI, about her new research on postpartum haemorrhage

Dr Michelle Lavin, Clinical Lead for coagulation haematology research in the Irish Centre for Vascular Biology at the RCSI in Dublin, was recently announced as the first Irish clinician to receive a grant from the AXA Research Fund. Her grant to investigate how to reduce bleeding during childbirth by diagnosing undetected bleeding disorders was awarded alongside seven other projects that are dedicated to improving women’s health issues and women’s access to healthcare.

Dr Lavin’s research aims to determine if obstetricians can detect a woman’s risk of bleeding through a screening survey in order to reduce the risk of postpartum haemorrhage during childbirth.

Postpartum haemorrhage is a leading cause of maternal mortality globally; accounting for more than a third of all maternal deaths, with one new mother dying every six minutes from this largely preventable and treatable complication.

Recent World Health Organisation (WHO) studies indicate that postpartum haemorrhage is on the rise globally.

A 2016 Dutch study showed that the rate of postpartum haemorrhage rose from 4.1 per cent in 2000 to 6.4 per cent in 2013, a trend in-line with international observations. “Globally the numbers are shocking and while it is an area that piqued my interest it was when I started looking at the numbers I thought ‘we have to research this further, we have to understand it better’. A recent study in The Lancet using WHO data on maternal mortality estimated that 14 million women a year experience a major postpartum haemorrhage and about 130,000-140,000 of those women die,” Dr Lavin told the Medical Independent (MI).

“Now the majority of those deaths occur in developing countries due to the lack of infrastructure in place to help women through childbirth, but even in developing countries, across Europe, the US, Australia, New Zealand, Scandinavia, etc, when they looked at postpartum haemorrhage rates over the last decade they have increased and have even doubled in some places. So even in developed countries postpartum haemorrhage is a major problem.

“The UK do a maternal mortality inquiry for every women who dies or has serious events around delivery, they look into it to see the causes and what can be learned from it and how it can be prevented in the future (MBRRACE-UK reports) and they have identified postpartum haemorrhage as being an increasing cause of concern now, that the rates are rising, and that it is not very well understood why this is happening, as obstetric care has improved.”

She noted that currently all risk stratification models for postpartum haemorrhage are focussed on the baby and pregnancy itself and previous pregnancies (eg, caesarean section, etc), “whereas what we want to do in this study is look at the woman as a whole and at their bleeding history and if they have had previous challenges and a lot of bleeding after other surgery, getting teeth out, heavy nose bleeds, heavy periods, etc, and if that predicts their risk of postpartum haemorrhage as well. Those factors are not currently looked at or addressed. So it is really about bringing a haematology perspective to an obstetric problem”.

Dr Lavin’s research thus aims to determine if obstetricians can detect a woman’s risk of bleeding through a simple screening survey, to allow appropriate preparations and interventions.

The study will roll out this July in the Rotunda initially, with plans to link into the other Dublin maternity hospitals, and will run for 12 months. At their booking-in appointment pregnant women will be asked to participate in the study and fill out the questionnaire. The questionnaire allows the stratification of the patient’s bleeding risk and if the project is successful, the aim is to encourage the adoption of this simple form of screening into routine obstetric care, ultimately to reduce the number of deaths worldwide.

“Bleeding disorders are common, but women may only be diagnosed after they experience a postpartum haemorrhage. Current obstetric care does not include assessment for bleeding disorders,” Dr Lavin noted.

“If our study can show that using a simple survey at a woman’s antenatal visit could save her life in the delivery room, it is imperative that we incorporate it into standard practice.”

While currently some women are known in advance to be at increased risk of postpartum haemorrhage due to factors like a low lying placenta, womb scarring, diagnosed bleeding disorder etc, about 30 per cent of women would be considered low-risk and go on to have a postpartum haemorrhage, she explained.

One potential reason for an under-diagnosis of bleeding disorders like low Von Willebrand Factor (VWF) in Ireland is the reluctance of many women to talk to their GPs, particularly male ones, about their periods, as well as a lack of open discussion about menstruation experiences among women and their friends, as opposed to their family members who may also have an undiagnosed bleeding disorder, she suggested. “A lot of people will experience bleeding symptoms, but they will be reassured by family members that it is normal, ie, with heavy periods their mother could say ‘well that is normal, that is what periods are like’, based on her own experience, when it is not normal and is heavier than normal.”

And non-haematology doctors and other healthcare professionals may not also be paying sufficient attention to bleeding patterns in their patients. “It is not just one symptom that results in a bleeding disorder diagnosis, it is usually that you have a combination of bleeding. Around 30-40 per cent of women will describe their periods as heavy, but we won’t have 40 per cent of women having bleeding disorders. But if you have someone who comes in with heavy periods, but has also attended with nose bleeds, or has had bruising or an additional bleeding symptom, that is when you should be considering if they could have a bleeding disorder.”

One of Dr Lavin’s other research projects, examining the pathophysiology and phenotypic variability of low VWF (LoVIC study), was one of the drivers around her new project, due to the amount of women with low VWF who go on to have a postpartum haemorrhage (see panel). “We saw a repeated pattern of women with low VWF having postpartum haemorrhage and heavy periods or nose bleeds and the average age of diagnosis from that group was 33 years so these people had lifelong bleeding, but were only getting a diagnosis in their 30s so there is clearly a gap there that we aren’t addressing at the moment and there is a lot of people out there who maybe don’t appreciate they have abnormal bleeding and could be at risk at the time of delivery, so that really is what the entire project is about.”

From her work to-date, Dr Lavin has received significant feedback from women who have either experienced postpartum haemorrhage themselves or have friends/family who have experienced it, despite an apparent lack of awareness in the general public and wider medical profession.

“So it is a pretty common problem, but people do not talk about it… there is quite a significant burden of problems associated with childbirth we don’t really discuss as a medical community or society that we really need to delve down into… There is a reluctance as a society to talk about gynaecological problems in Ireland, but I think since the [Eighth amendment] referendum and CervicalCheck issues people are beginning to understand it is important to talk about these things and to find out what is perceived as normal and if that is correct.”