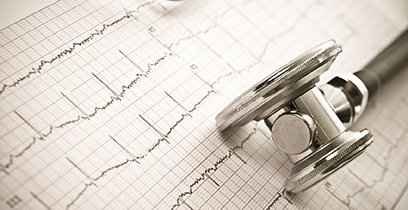 A comparison of current European and US guidelines and management principles

An estimated 1.13 billion people worldwide have hypertension. It is a major cardiovascular risk factor and a leading risk factor for global deaths. According to the World Health Organisation (WHO), in 2015, one-in-four men and one-in-five women had hypertension and fewer than one-in-five people with hypertension have the problem under control. The harmful use of alcohol, being overweight and obese, physical inactivity, and high salt intake all contribute to the incidence of hypertension.

Hypertension is not an inevitable consequence of ageing, but once it develops it often requires costly, life-long treatment with medicines. If left uncontrolled, hypertension can cause stroke, myocardial infarction, cardiac failure, dementia, renal failure and blindness. However, most of the known risk factors for raised blood pressure (BP) are modifiable.

WHO defines hypertension as a systolic and/or diastolic BP of ≥140/90mmHg.

The American College of Cardiology (ACC) and American Heart Association (AHA) define a new low for hypertension and categorise hypertension as normal, elevated, or stages 1 or 2 hypertension to prevent and treat high BP. Normal BP is defined as <120/<80mmHg; elevated BP 120-129/<80mmHg; hypertension stage 1 is 130-139 or 80-89mmHg; and hypertension stage 2 is ≥140 or ≥90mmHg. They fully endorse the evidence of benefit for a lower systolic BP target than that currently recommended, as documented in the Systolic Blood Pressure Intervention Trial (SPRINT).

The lowering of threshold for diagnosis of hypertension, as recommended by the current ACC/AHA guidelines, a shift that inevitably leads to define more subjects as hypertensive, may be considered in the light of evidence that a higher BP is associated with adverse CV outcomes, even at levels below 140/90mmHg. Other studies have shown that pre-stage hypertension (systolic BP 130-139 and/or diastolic BP 85–89mmHg) was associated with an increased risk of cerebrovascular death compared with normal BP (systolic BP <120 and diastolic BP <80mmHg). Studies have also shown that a greater reduction in systolic BP was associated with a greater risk reduction for cardiovascular events.

Prior to labelling a person with hypertension, it is important to use an average based on ≥2 readings obtained on ≥2 occasions to estimate the individual’s level of BP. The ESC/ESH and US guidelines both suggest regular use of home BP monitoring and ambulatory BP monitoring as an option to confirm the diagnosis of hypertension, detect white-coat and masked hypertension, and monitor BP control for medication adjustment.

Similar lifestyle interventions are recommended in both European and American guidelines. Non-pharmacologic interventions to reduce BP include weight loss for overweight or obese patients with a heart-healthy diet, sodium restriction and potassium supplementation within the diet, and increased physical activity.

US guidelines recommend use of BP-lowering medication for primary prevention of cardiovascular disease (CVD) in adults with no history of CVD and with an estimated 10-year atherosclerotic CVD (ASCVD) risk <10 per cent and a SBP ≥140mmHg or a DBP ≥90mmHg. BP-lowering medication is recommended for secondary prevention of recurrent CVD events in patients with CVD and stage 1 hypertension or threshold of SBP 130mmHg or DBP of 80mmHg, and the same threshold for primary prevention in adults whose 10-year atherosclerotic CVD (ASCVD) risk is estimated at 10 per cent or higher (Diagram 2).

European guidelines suggest considering drug treatment in only very high-risk patients with CVD (especially CAD) with BP 130-139/85-89mmHg. However, drug treatment is suggested at that threshold in low-to-moderate risk without CVD, renal disease, or target organ damage if after three-to-six months of lifestyle intervention, BP is not controlled.

Treatment targets slightly differ in the two guidelines. The 2017 ACC/AHA Guidelines recommend a systolic BP target <130mmHg in almost all hypertensive patients. The strategy is to first follow standard treatment guidelines for coronary artery disease, HFrEF, previous MI, and stable angina, with the addition of other drugs as needed to further control BP.

In the US, the BP goal for hypertension, diabetes, CAD, and CKD is <130/80mmHg, as tolerated. In those with stage 3 or higher CKD or stage 1 or 2 CKD with albuminuria (>300mg/day), treatment with an angiotensin-converting enzyme (ACE) inhibitor is reasonable to slow progression of kidney disease. An angiotensin receptor blocker (ARB) is reasonable if an ACE inhibitor is not tolerated. In diabetes mellitus (DM) and hypertension, antihypertensive drug treatment should be initiated at a BP ≥130/80mmHg with a treatment goal of <130/80mmHg. In adults with DM and hypertension, all first-line classes of antihypertensive agents (ie, diuretics, ACE inhibitors, ARBs, and calcium channel blockers [CCBs]) are useful and effective. ACE inhibitors or ARBs may be considered in the presence of albuminuria. In patients with aortic disease, beta-blockers are recommended as the preferred antihypertensive drug class in patients with hypertension and thoracic aortic disease.

Patients of African descent, adults with hypertension but without HF or CKD, including those with DM, initial antihypertensive treatment should include a thiazide-type diuretic or CCB. Two or more antihypertensive medications are recommended to achieve a BP target of <130/80mmHg in most adults. In adults with acute intracranial haemorrhage, immediate lowering of SBP to <140mmHg from 150-220mmHg is not of benefit to reduce death, and may cause harm.

Initial first-line therapy includes thiazide diuretics, CCBs, and ACE inhibitors or ARBs. Initial single-pill therapy is the approach in patients with >20/10mmHg above BP goals in US and ≥140/90mmHg in European guidelines. Two first-line drugs of different classes are recommended with stage 2 hypertension in the US and dual combination or triple combination in grade 1 hypertension or above in the European guidelines (Figure 1, 2). Improved adherence can be achieved with once-daily drug dosing, rather than multiple dosing, and with combination therapy rather than administration of the free individual components.

Loop diuretics are preferred in heart failure and when glomerular filtration rate (GFR) is <30 ml/min. Potassium-sparing diuretics can be used with thiazides in adults with low serum K+, but should be avoided with GFR <45 ml/min.

Spironolactone or eplerenone is preferred for the treatment of primary aldosteronism and in resistant hypertension (Figure 3). Beta-blockers are not first-line therapy, except in CAD and HFrEF. Abrupt cessation of beta-blockers should be avoided. Bisoprolol and metoprolol succinate are preferred in hypertension with HFrEF and bisoprolol when needed for hypertension in the setting of bronchospastic airway disease. Beta-blockers with both alpha- and beta-receptor activity, such as carvedilol, are preferred in HFrEF. Alpha-1 blockers are associated with orthostatic hypotension; this drug class may be considered in men with symptoms of benign prostatic hyperplasia. Central-acting alpha2-agonists should be avoided, and are reserved as last-line due to side-effects and the need to avoid sudden discontinuation.

The use of 130/80mmHg as a diagnostic threshold and management goal of BP may contribute to more sustained target organ protection and CV disease prevention. Instead of fixing rigid BP targets, what should be pursued in daily practice is an optimal balance between the magnitude of achieved BP reduction and the tolerability of treatment in the single patient.

Every adult with hypertension should have a clear, detailed, and current evidence-based plan of care that ensures the achievement of treatment and self-management goals, effective management of comorbid conditions and timely follow-up with the healthcare team.