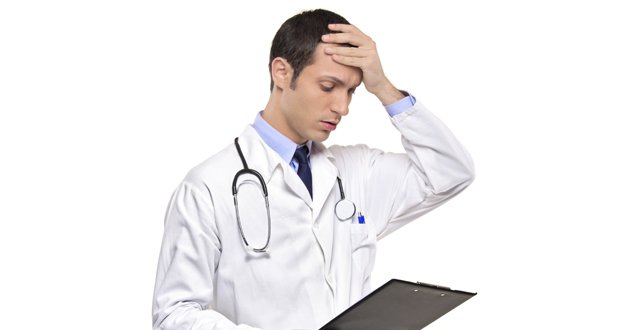 Manslaughter is a legal term for homicide, considered by law as less culpable than murder. So says Wikipedia. So how did we come to this? That two GPs in England are in the dock for manslaughter? Because if they had done a house call, the child “would” have been saved. And another doctor in the UK gets a two year suspended sentence for manslaughter by medical negligence, because a vulnerable child died of an infection.

I will first return with you to my naive youth and rethink what images I had of manslaughter before I decided to train for seven years to be a doctor so that I could help that beautiful species mankind. Notice the word ‘mankind’.

I thought of murder as an intentional ending of another’s life. Gruesome maybe. By gangsters. BAD people. Then as I grew older, I realised not all death was caused by bad people. It can occur in a moment of passion, or as self-defence, or as part of war or even as decreed by law, as in a hanging or an execution.

So I am confused. I had no intention of joining the gangsters. I am not a Nazi sympathiser. I hate hurting anything or anyone. Yet by some accident I am a part of a mass killing machine called the medical profession.

I hate hurting anything or anyone. Yet by some accident I am a part of a mass killing machine called the medical profession

We kill people through medical negligence. Well yes, in the US, medical error is the third largest cause of death after heart disease and cancer, according to a report in the BMJ (May 3 2016). The paper suggests that if death certs recorded human and system failure as causes of death then we could get a truer sense of the scale of the problem caused by error.

So in November 2015, according to The Guardian newspaper, an experienced Leicester paediatrician was convicted by a jury of her ‘peers’, by a 10-to-two vote, of the manslaughter by gross medical negligence of a lovely six- year-old boy. He had Down’s syndrome and died 11 hours after admission, of a heart attack, due to septic shock, due to a virulent form of pneumonia.

What was not on the death certificate was the doctor’s claim that she had been working without a break, that she made an error that she corrected as soon as she knew of her error, and that the interim medical director of the hospital apologised to the family and said that improvements had been made in the hospital since the tragedy.

Why is there an interim medical director and is this related to this tragedy? If the hospital has made changes, does this mean that system changes have occurred and that therefore system errors are also involved in this case?

The doctor has probably lost her job and her reputation. Her two-year sentence was suspended because she is the sole carer of a very autistic child of hers. So the court system has the ability to have compassion, kindness, and understanding of this mother-child relationship. But would the doctor have gone to jail for two years if she had no autistic child? Is the court incapable of compassion for a doctor whose life is now ruined? But more importantly, does the legal system not understand the essence of systems? Every action has a reaction.

This decision and this process will traumatise every doctor and paediatrician in the UK and further afield. Less paediatricians maybe? Better paediatricians maybe? Will other patients pay the price in the long-run because we will have to consider risk in the future? Risk to our livelihood and risk to our future. We will have to become like insurers, either charging the true cost of some risky patients or refusing to deal with anyone but the healthiest patients. Cherry-picking … everyone else is doing it. Why not us?

As an Irish doctor, Dr Anne Synnott, commenting on a GP Forum thread about a similar case involving GPs, said. “OMG. I feel so sorry for those doctors. No money could pay you enough for the stress of that. I saw an advert for a breast surgeon job in Northern Ireland recently with salary of £70,000. The same day I read in The Irish Times about somebody in Glanbia earning €1.2 million annually. (Management type person). I was incredulous. When/why did all this happen? I don’t know what that person in Glanbia does but it seems to be astronomically more valuable than saving lives.”

Another GP, Dr Joe Gallagher, said on GP Forum: “Contemporary societal mores, indeed jurisprudence, seem to be singling out the medical profession to an odious accountability that wouldn’t be out of place in Salem. Load the docs up with inhumane hours, workload, life and death decisions, indifferent remuneration and then throw them in a lake to see if they float.”

So why are mankind and womankind in the legal army unkind to doctors? Are they trying to manslaughter doctors by fear, paralysis, and extinction? Have they been to Specsavers? Are they short-sighted? Obviously they are never sick themselves.

Both GP Forum quotes were reproduced with permission of the authors.