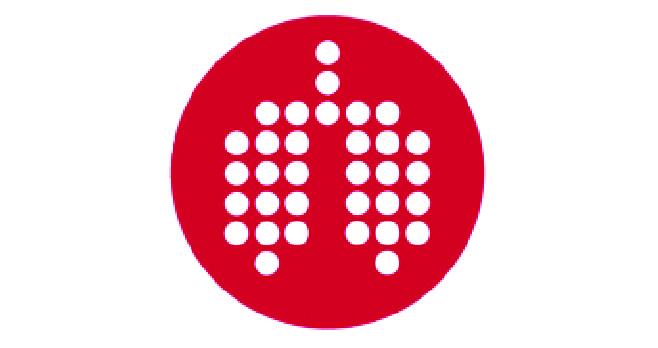 A novel approach for the identification of chronic obstructive pulmonary disease (COPD) has been developed by a team of researchers in the US.

The findings, presented at the 2015 European Respiratory Society (ERS) International Congress, could speed-up current diagnosis times for the disease and uncover COPD before serious exacerbations and further loss of lung function have occurred.

COPD is under-diagnosed, and previous screening tools have relied on smoking history and patient reports of cough and sputum. COPD is often uncovered during exacerbations and after significant loss of lung function.

This new study aimed at creating a simple tool, consisting of several questions that can be used with or without peak flow, to aid clinicians to find people with moderate or severe COPD, or people at risk of exacerbations of COPD before loss of lung function.

A total of 186 people with clinically-significant COPD were included in the study and compared with a control group of 160 people with mild or no COPD.

Both groups completed questionnaires and had their lung function measured using peak flow and spirometry.

COPD is under-diagnosed, and previous screening tools have relied on smoking history and patient reports of cough and sputum

The authors used a method of analysis known as ‘random forests’ to analyse the data and identify the best and smallest set of questions that differentiated patients with clinically-significant COPD from controls. The value of adding peak flow to these questions was also assessed.

The results produced a set of five ‘yes or no’ questions that together can accurately identify people with moderate or severe COPD or people at risk of exacerbations of COPD. The questions asked about breathing, how easily a person tires and acute respiratory illness, and did not ask about smoking,

When peak flow results were included, the accuracy of the diagnosis was enhanced.

Prof David Mannino, presenting author from the University of Kentucky College of Public Health, US, commented: “The results of our study indicate that a five-item questionnaire of carefully-selected questions can help identify people before they have serious complications of COPD.

“This is also the first time a questionnaire has included assessment of exacerbation risk. Previous screening methods focused on smoking histories and sputum production. Our study also found that when clinicians include peak flow measurements in addition to the questionnaire, the identification of people with COPD is even more accurate.

“We hope these findings will improve how physicians find COPD and benefit patients by identifying those with more severe disease and at risk of exacerbations so they can be treated,” he concluded.

Arguably the most topical talk of the session was given by Prof Helgo Magnussen, Head of Pulmonary Research Institute, Lung Clinic, Grosshansdorf, Germany, on changing the thinking about exacerbations in COPD, which concluded that usage of dual bronchodilation is enough for the prevention of lung function impairment and exacerbations in COPD.

He noted that the GOLD Committee’s recommendations for long-term ICS are largely based on preventing exacerbations. Monotherapy with LABAs is less effective than the combination of LABAs with ICS, GOLD states, recommending the use of ICS in severe/very severe COPD and frequent exacerbations not adequately controlled by long-acting bronchodilators. The GOLD guidelines stress these therapies should not be prescribed outside their indications, ie not in milder cases of COPD.

However, reviewing the clinical literature, Prof Magnussen said while there are some studies supporting this approach, the studies are old and the study designs were not ideal. He praised the recent review of the clinical evidence on ICS usage in COPD, by noted epidemiologist Prof Samy Suissa and colleagues, which concluded that there is no survival benefit independent of the effect of long-acting bronchodilation and no effect on FEV1 decline, and that the possible benefit of ICS on reducing severe exacerbations is unclear.

Prof Magnussen also discussed the results of his own recent study, the WISDOM study, published in the New England Journal of Medicine, which found that in patients with severe COPD receiving tiotropium plus salmeterol, the risk of moderate or severe exacerbations was similar among those who discontinued inhaled glucocorticoids and those who continued glucocorticoid therapy.

Meanwhile, quoting the COSMIC study, Prof Magnussen said it found that ICS withdrawal has no impact on time to first moderate or severe exacerbation. He also noted that a number of clinical studies show the increased risk of pneumonia from ICS use in COPD patients, as well as a reduction in lung function.

However, he acknowledged that ICS still has a role and there is a need for more research on potential biomarkers (such as blood eosinophils) to identify COPD patients who would benefit from ICS usage.

Moving on, Prof Magnussen cited a number of newer studies on the usage of dual bronchodilators in COPD, and commented that they confirm his own findings “that dual bronchodilation is enough for the treatment of a patient with moderate, severe and very severe COPD in the prevention of exacerbation”.

For example, the results of the LANTERN study (published earlier this year), supported the use of the LABA/LAMA dual bronchodilator QVA149, as an alternative treatment over the long established approach of LABA/ICS, in the management of moderate-to-severe COPD patients (GOLD B and GOLD D) with a history of ≤one exacerbation in the previous year. “It shows dual bronchodilation is enough for the prevention of lung function impairment and for the prevention of exacerbation,” Prof Magnussen summarised.

Concluding, Prof Magnussen said long acting bronchodilators (LABA/LAMA) alone or in combination are now the cornerstone pharmacologic treatment of COPD. He stressed that the majority of COPD patients with no or less than two exacerbations in the previous year do not benefit from ICS if appropriate bronchodilation is in place, and he also emphasised the need to carefully diagnose COPD versus asthma, to avoid over- and under-use of ICS.

Patients with recurrent lung cancer have better post-surgery survival rates if their management includes a follow-up programme based on CT of the chest, according to new findings.

The research, presented at the ERS International Congress 2015, is the first to show improved overall survival after surgery for a CT- based follow-up programme and could change the way lung cancer patients are currently managed.

Previous research has confirmed that after the introduction of the CT-based follow-up, most cases of recurrent lung cancer can be detected before the patient has any symptoms. This allows for earlier diagnosis and leads to an improved chance of having a radical treatment against the relapse. This new study aimed to assess whether this follow-up also improved survival rates.

Researchers from the Odense University Hospital in Denmark assessed 391 patients who had surgery following a lung cancer diagnosis between 2008 and 2013. After the introduction of a CT-based follow-up in July 2010, all patients received a scan every third month for two years and then every six months for three years. In May 2015, researchers recorded whether the patients were alive and free from lung cancer.

The authors plan to repeat the same kind of analysis for the group of lung cancer patients treated by radiation, with the aim to cure, instead of by surgery, to see if the results are also successful for this group of patients.

Meanwhile, a separate study presented at the Congress showed for the first time that lung transplant patients in Europe who live on or near busy roads with high levels of air pollution are more likely to die or to experience chronic organ rejection than those living in less-polluted areas.

Dr David Ruttens, from the University of Leuven, Belgium, told the Congress that the risk of dying increased by 10 per cent for patients living in an area where air pollution was above World Health Organisation recommended maximum levels, compared with patients living in areas with lower levels of pollution.

However, this increased risk was not seen in lung transplant patients who were taking macrolides antibiotics, which include azithromycin and clarithromycin.

Interaction between infections and the microbiota during infancy in the lungs could help provide clues to disease development later in life, according to the findings of a new study presented at the 2015 ERS International Congress.

The new knowledge on the interaction of human rhinovirus and the microbiota could aid in prevention of disease or the development of new therapeutic procedures, the Swiss study authors suggest.

The study researchers looked at the association between viral infections in the nose and the nasal microbiota during infancy. They included 32 otherwise healthy infants from the BILD (Basel Bern Infant Lung Development) cohort study and took a nasal swab every other week from the age of five weeks until the age of one year. In each sample, the microbiota and 12 different viruses were analysed.

Results showed that the bacterial diversity of the respiratory microbiota decreased when infants were infected with rhinovirus and showed symptoms. Conversely, asymptomatic infection with rhinovirus did not lead to reduced diversity of the microbiota. This suggested that when the immune system of the infant reacted with respiratory symptoms towards a rhinovirus infection in the nose, the normal variety of the nasal microbial composition was reduced at the same time.

In addition, infants who experienced more frequent infections in the first year of life had a lower bacterial diversity overall at the end of the study period, indicating that the normal variety of the microbiota was reduced by recurrent infections.

Dr Insa Korten from the University Children’s Hospitals in Bern and Basel, Switzerland, commented: “Our findings indicate an interaction between rhinovirus infections and the nasal microbiota in early life that persists over time. Although our findings need to be confirmed in other cohorts, the interaction of the virus and the microbiota could be of importance in future preventative or therapeutic procedures.”