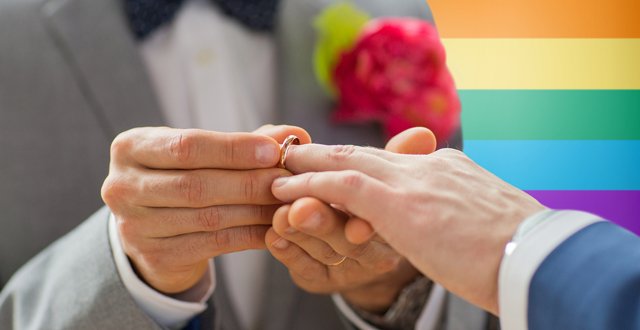 Something wonderful happened in Ireland last month. We had a visible demonstration that the power of an institution that seemed invulnerable in the Ireland of my youth has waned. For decades it poisoned our ears and minds with inanity yet somehow still commanded the loyalty and observance of a brainwashed people beguiled by it.

We poured our money, our efforts and our souls into it for little reward other than wailing oppression, and then on that glorious Saturday, 23 May 2015, it happened. People celebrated in the streets and towns all over our republic, knowing that in this brighter future, all things are possible and we need never fear its malign influence again.

Yes, it’s true. Ireland wasn’t in the Eurovision song contest, and nobody cared.

Oh, and on the same day there was some sort of gay marriage thing.

This column has always tried not to say things that could be said much better elsewhere. When I see some of the wonderful things people write about very serious issues of the day, I look at my own work on landmark issues such as spaceships, rectal exams, beards and the Cork footballers and feel a pang of guilt. The truth is that others do it so well that I don’t feel I can add anything without sounding like a bad tribute act. It’s in total contravention of that spirit that I’m going to write about the marriage equality referendum.

The Western world has been through quite a degree of turmoil since the heady years around the turn of the millennium. A global economic crisis, the emergence of new economic powers and a series of wars have challenged the established order. We have witnessed a series of challenges in medicine, science, technology and meteorology that would have been unprecedented a generation ago.

While it would be an overstatement to say these influences have led to a new political order, in many countries seismic changes are afoot. The US is deeply polarised with a rampant right-wing and racial tension abounding. In Britain, various hues of nationalism, from the hopeful Scottish version to the fearful UKIP brand, flourish. In France, there is a concerning mix of right-wing nationalism, an uneasy mistrust between ethnic groups and themes of extremism and anti-Semitism.

In the middle of this, our myriad social and economic problems notwithstanding, the issue that engaged the Irish electorate en masse was not one of fear, xenophobia or division but one of love, reconciliation and fairness. Seeing the images of joyful people of all ages and from all corners of the country at Dublin Castle on news bulletins over the world surely must have imbued Irish people the world over with a huge sense of pride.

This is a little corner of the world that hasn’t exactly been a reservoir of good news when its internal affairs have come to the world’s attention in the last 40 years or so. Incidentally, this result leaves the dinosaurs of Northern Unionism as the only mainstream political opinion in Northern Europe set against the right of gay citizens to marry.

It is worth remembering that, little over a decade ago, the then UUP leader David Trimble decried the Republic as “the pathetic sectarian, mono-ethnic, mono-cultural State to our south”.

Lest we get too satisfied with ourselves, though, we need to realise that the vote in the referendum merely puts a crack in the glass ceiling of inequality in Ireland. When will there be equality for public patients lingering on waiting lists and in emergency department corridors in our hospitals? Where’s the equality for children with ‘mild’ intellectual disability and their parents who are hopelessly capsized by our bizarre system of allocating support?

We have a Dáil with no representation for black, Muslim or Eastern European Irish people and a cabinet where women are, yet again, grossly outnumbered. Our response to the economic crisis has been to polarise generations against one another, with the youngish drifting towards middle-age now surfing a second wave of obscene property prices. They look back upon a half decade of crippling austerity and emigration as they try to sell the apartments they paid way over the odds for 10 years ago to fund houses they’ll be paying way over the odds for until they either retire or keel over in their early 70s.

Equality, how are you?

As somebody once said: a lot done, more to do.