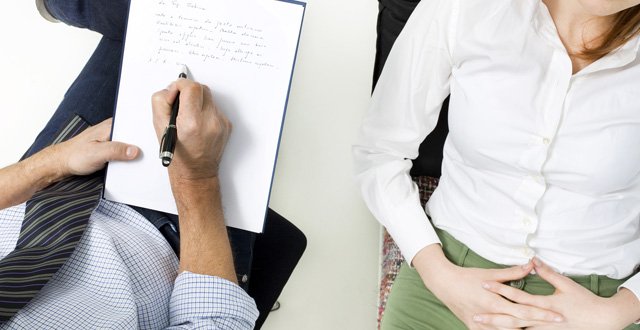 Eating disorders are among the most devastating psychiatric disorders accompanying a large number of health problems (American Psychiatric Association, 2013). Commencement of these mental disorders occurs mostly in adolescence (Mitchison D, Hay, P, Slewa-Younan S and Mond J, 2012) and frequently has an enduring course (Steinhausen HC, 2009). Young women, in particular, are affected by them (Erskine HE, Whiteford HA and Pike KM, 2016). Binge-eating disorder (BED) and bulimia nervosa (BN) are common eating disorders worldwide, while anorexia nervosa (AN) has a lower prevalence rate (Hoek HW, 2016). According to surveys conducted in 2016 among young women in Asia (Thomas JJ, Lee S and Becker AE, 2016), Europe (Keski-Rahkonen A and Mustelin L, 2016) and Latin America (Kolar DR, Rodriguez DLM, Chams MM and Hoek HW, 2016), the prevalence of BED is approximately 1-to-4 per cent and bulimia is 1-to-2 per cent.

Complete cure of these ailments is challenging because of the poor compliance of patients, lasting illness and treatment dropouts (Fassino S, Pierò A, Tomba E and Abbate-Daga G, 2009; Steinhausen HC, 2002). So keeping in view the psychopathology of eating disorders, enhanced cognitive behavioural therapy (CBT-E) was established with reference to the transdiagnostic concept of eating disorders (Fairburn CG, Cooper Z and Shafran R, 2003). CBT-E was designed in such a way that it mainly focuses on the underlying mechanisms involved in the development of eating disorders. For the sake of some patients in whom some additional factors (like core low self-esteem, clinical perfectionism and interpersonal difficulties) are found to be contributing in the psychopathology of the disease and obstructing change, the core treatment protocol (focused version of CBT-E) can be modified (broader version of CBT-E) for them (Fairburn CG, 2008).

This review provides a comprehensive approach to the recently-published (since 2014) literature. Five randomised, controlled trial (RCTs) studies were included in this review to assess the effectiveness of CBT-E in the treatment of eating disorders.

The databases searched for literature included Medline, PubMed and PsycINFO. Articles published on CBT-E between January 2014 to January 2018 were screened and those articles had to meet the following inclusion criteria: The study must take into account the effectiveness of CBT-E in BN, AN and BED; and a transdiagnostic sample with an eating disorder. Studies which focused on AN alone were not included in this review because of differences in the treatment strategies. A total of 450 articles were selected after removing duplication. Relevant literature was screened on the basis of abstracts and titles (n=35). The articles were then read thoroughly and their bibliographies were also searched to find eligibility. Finally, five RCTs met the aforementioned inclusion criteria.

A study conducted by Wade S et al showed that treatment with CBT-E within the first eight weeks of the disease diagnosis proved to be much more effective than no treatment (Wade S et al, 2017). In 2015, Fairburn and colleagues compared CBT-E and interpersonal psychotherapy (IPT) for the treatment of eating disorders and found that 65.5 per cent of the patients treated with CBT-E showed remarkable improvement, while in the case of IPT, this figure was only 33.3 per cent (Fairburn CG et al, 2015).

The third RCT in favour of CBT-E demonstrated that 42 per cent of patients treated with CBT-E significantly ceased binge-eating, while only 15 per cent showed improvements with psychoanalytical psychotherapy (Poulsen S et al, 2014). The remaining two out of five RCTs showed no significant differences in treatment with CBT-E. Thompson-Brenner in his study compared two versions of CBT-E and found no significant difference in the study groups. However, the total remission rate was 42 per cent (Thompson‐Brenner H et al, 2016). CBT-E and ICAT were compared by Wonderlich but no remarkable difference was observed between the study groups (Wonderlich et al, 2014).

CBT-E has showed remarkable improvements in patients suffering from various eating disorders like BN, BED and AN. In 2014, an RCT was conducted to critically evaluate and compare the 20 weeks’ treatment intervention of CBT-E for BN with the two-year treatment intervention of psychoanalytical psychotherapy. Keeping in view the main parameters of BN that are “binge-eating and purging”, the results clearly showed that CBT-E was a far more effective intervention for BN than psychoanalytical psychotherapy (Poulsen S et al, 2014). Likewise, another RCT conducted in 2015 that compared and contrasted CBT-E and IPT for the treatment of eating disorders found CBT-E to be more effective (Fairburn CG et al, 2015). Furthermore, in another RCT which took into account comorbid BN and borderline personality disorder and treatment with CBT-E, no significant difference was observed in the effect of focused and broader version of CBT-E (Thompson‐Brenner H et al, 2016). However, a single study proposed that integrative cognitive-affective therapy (ICAT) is equally effective to CBT-E for treatment of BN (Wonderlich SA et al, 2014). On the other hand, Le Grange D et al proposed that family-based treatment (FBT) therapy should be opted for BN in adolescents. But if FBT is not available, then CBT-E can be used as an alternative therapy (Le Grange D, Lock, J, Agras WS et al, 2015).

Fairburn and colleagues designed a study consisting of 99 adult patients suffering from AN and all of them were subjected to CBT-E. The results were quite impressive, because two-thirds of the patients successfully completed 40 weeks’ treatment and gained significant weight with substantial reduction in the psychopathology of AN (Fairburn CG, Cooper, Z, Doll HA et al, 2013).

Similar findings were reported by another study, which stated that CBT-E is also equally effective in adolescents suffering from AN (Calugi S, Dalle Grave R, Sartirana M and Fairburn CG, 2015). The ANTOP study conducted in Germany compared CBT-E and the psychodynamic therapy and found significant weight gains and no obvious differences in body mass indices in all groups, thus suggesting that CBT-E can be a useful treatment for AN (Zipfel S, Wild B, Groß G et al, 2014). Similarly, the effectiveness of CBT-E for AN was assessed in an open trial conducted in 2018, which showed that a significant number of individuals increased their BMI in one-year follow-up, although the dropout rate was very high (Frostad S, Danielsen YS, Rekkedal GÅ et al, 2018).

Moreover, the effect of inpatient CBT-E for AN was evaluated in another open trial and the results not surprisingly depicted that CBT-E was well accepted, even for those suffering from severe and enduring AN (Calugi S, El Ghoch M and Dalle Grave R, 2017). A very small amount of data is present regarding AN because of its low prevalence, extended treatment duration and dangerous medical complications. So some studies suggest that before conducting RCTs on a large scale, the treatment dropouts should be studied and addressed in detail (Frostad S, Danielsen YS, Rekkedal GÅ et al, 2018; Halmi KA, Agras WS, Crow S et al, 2005).

Overeating and binge-eating are the common problems faced by the adolescents which result in undesired weight gain and psychosocial malfunctioning (Ackard DM, Neumark-Sztainer D, Story M and Perry C, 2003; van Strien T, Herman CP and Verheijden MW, 2012). CBT-E effectiveness studies were published in 2014, which showed robust evidence that CBT-E was the most effective therapy for BED and BN to date (Poulsen S et al, 2014). Signorini S et al in this open trial evaluated the implementation of CBT-E in eating disorder treatment, and it was concluded that CBT-E is generalisable to a non-controlled scientific perspective (Signorini R, Sheffield J, Rhodes N et al, 2018).

There is strong evidence that CBT-E is very much effective for the treatment of eating disorders like AN, BED and BN in adult patients. However, for the adolescent age group, FBT should be the first choice of treatment for eating disorders. Future studies must be conducted focusing especially on the working mechanisms and impact of CBT-E on eating disorders compared with other protocols of CBT so that the specificity of CBT-E can be determined.

Special thanks to Tullamore Regional Hospital library team for their support.