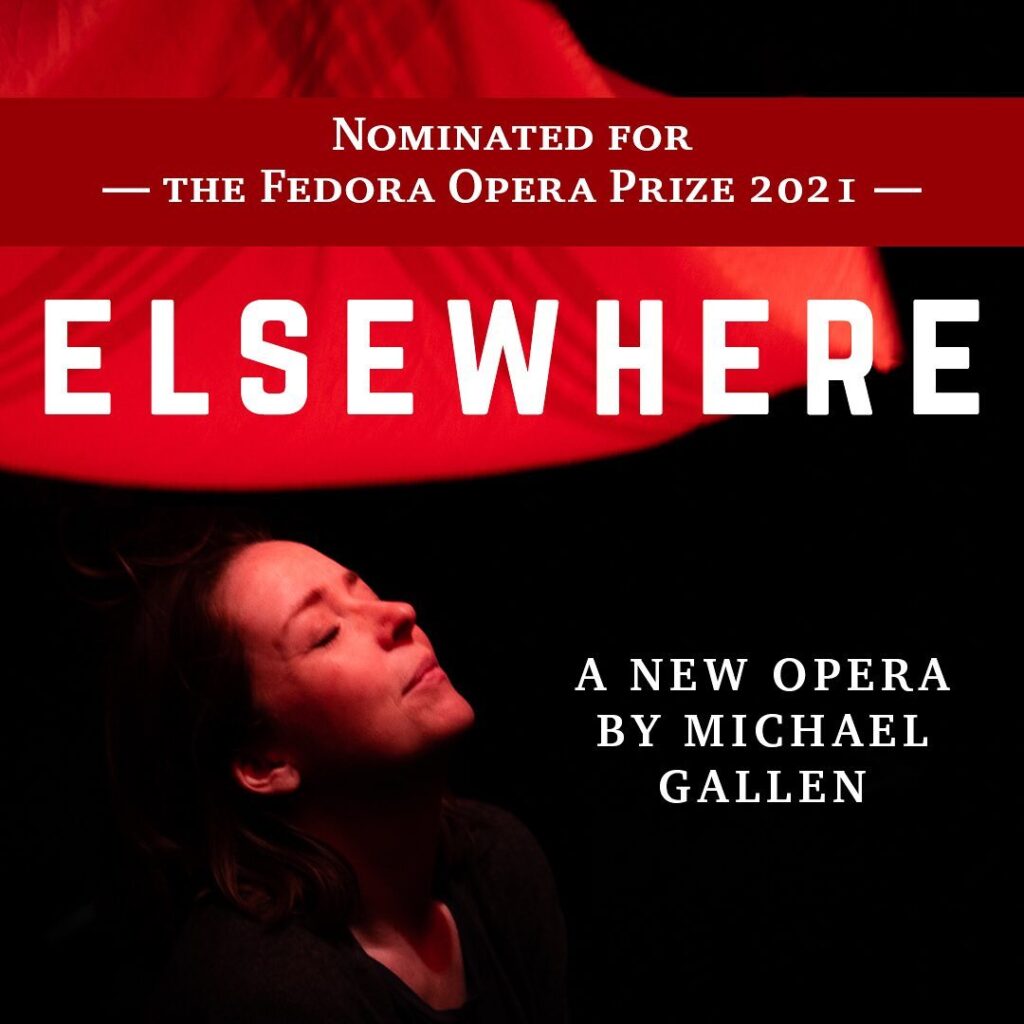 Elsewhere, a new opera by Michael Gallen, will premiere at the Abbey Theatre in Dublin in November.
The opera is loosely based on the history of the ‘Monaghan Asylum Soviet’ that was established at St Davnet’s in 1919. The story is a remarkable one that richly merits exploration, examination and commemoration. Elsewhere does just that.

The early 20th Century was a time when large mental hospitals, established in the 19th Century, continued to grow apace. Ireland’s appetite for institutional solutions to social problems was by no means unique, but while mental hospitals expanded rapidly in many parts of the world, Ireland put a greater proportion of its population in psychiatric hospitals than any other country. This was the result of unmet social and medical need, poor mental health laws, professional groups eager for recognition, and Irish society’s apparently insatiable hunger for institutions: Orphanages, mother and baby homes, industrial schools, laundries, and mental hospitals.

Local psychiatric institutions, such as the one in Monaghan, were large, powerful entities. They not only provided admission facilities for families and communities in search of solutions for people who were mentally ill, disabled or just unwanted, but were also big employers. The mental hospitals supplied local towns with produce from their extensive farms, bought supplies from local businesses, and employed generation after generation of “keepers”, nurses, workmen and many kinds of tradespersons. They were enormous operations.

Given their large staff numbers, the mental hospitals were the inevitable focus of industrial unrest in the early 20th Century. In 1918, attendants at Monaghan Asylum went on strike to demand union recognition and improved pay. They achieved moderate concessions from management as a result. In January 1919, however, the dispute intensified. Writer and republican activist Peadar O’Donnell was working with the Transport and General Workers Union at the time and was asked to lead the strike. O’Donnell decided they should barricade the hospital and establish a Soviet commune.

The red flag was duly raised over the building and the Monaghan Asylum Soviet came into being. These assertive actions secured improvements in both hours and pay, and – perhaps more importantly – set a rather dramatic example for similar institutions elsewhere. At least some of these industrial relations problems found their roots in trade-offs between contesting priorities in the new Irish State as the 20th Century progressed. In effect, the early phases of national autonomy in Ireland led to sacrifices as part of the progressive realisation of self-governance, and one of these sacrifices was timely improvement in conditions and training for asylum workers. Initially, the native Irish were not appreciably more generous to asylum workers or patients than the British government had been.

Industrial action was by no means limited to Monaghan. In September 1919, the mayor of Clonmel, Daniel O’Meara, had to step in to facilitate a resolution to a three-month strike by attendants at St Luke’s. In 1924, all but seven staff members caring for 616 patients in Letterkenny District Mental Hospital went on strike when allowances were abolished. The committee, encouraged by the Minister for Local Government and Public Health, recruited replacement staff.

In the Eglinton Asylum in Cork, the Eglinton Society of Attendants sought (but did not gain) official recognition from the board of management as early as July 1899. In February 1916, however, the Eglinton Asylum Attendants Association was re-formed and remained active until a Cork branch of the Irish Asylum Workers Union met in January 1918. Considerable industrial unrest – and progress – followed at the Cork establishment. Industrial relations problems persisted in the mental hospitals for many more years, but few episodes can rival the Monaghan Asylum Soviet for
colour and impact.

Michael Gallen is very well placed to write an opera about these events. Gallen is an Irish composer, writer, and performer who was born in Co Monaghan, trained in Paris, and has lived in Ireland since 2014. He performs with the band Ana Gog and as a solo pianist, as Sudden Wells. His work includes Wilde Stories, a suite for the RTÉ Concert Orchestra and Cór na nÓg responding to Oscar Wilde’s fairy tales, and Session, a co-creation with dance artists Colin Dunne and Sidi Larbi Cherkaoui, which toured across the main stages of Europe in 2019/20, including an Irish premiere at the Abbey Theatre.

Elsewhere had a very successful concert showing in Castleblayney in November 2019 and will premiere at the Abbey Theatre in Dublin this November. The project has been supported by Arts Council Ireland, Creative Monaghan, the Abbey Theatre, the Centre Culturel Irlandais Paris, and the Opéra de Rouen Normandie. It is a co-production between French ensemble Miroirs Étendus and Irish opera company Straymaker, of which Gallen is artistic director. Elsewhere is a searing rendering of a largely forgotten episode in Irish history, an extraordinary reminder of an extraordinary time. It is well worth seeing.

Prof Brendan Kelly is Professor of Psychiatry at Trinity College Dublin and author of Hearing Voices: The History of Psychiatry in Ireland (Irish Academic Press, 2016).