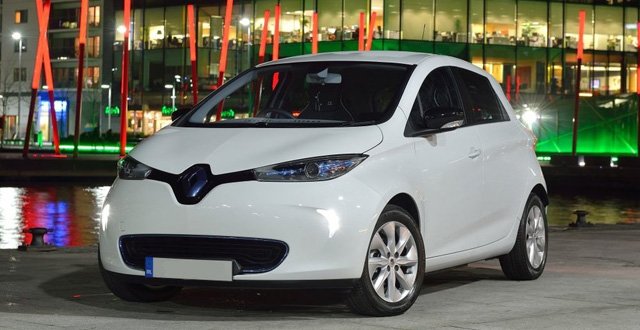 normally avoid reviewing small city cars for the Medical Independent in favour of family-friendly or sporty models. However, while at my GP last week I mentioned the Renault Zoe and watched as the focus of my consultation turned from my blocked ear to an impassioned rant about why his Nissan Leaf is the best thing he’s ever bought.

So I concluded that our readers would be interested to read about Renault’s terrific little electric car, the Zoe.

I feel I need to start this review at the end, as it was only after I handed the keys back that I truly realised what an amazing little car Renault’s Zoe was. After a week of complaining about the loudness of the indicators, the idea of charging it for long periods, or not being able to whizz off to west Cork at a moment’s notice, the importance of this little electric car hit me in the face like a fast-bowled sliotar.

After the man came to collect the Renault, I sat into my 15-year-old Audi and drove it to a nearby petrol station so I could pour €13 worth of crude oil into it and fill its tank with €50 worth of petrol. Then, as I looked at my CD player, which sat in the same spot as Zoe’s reverse camera, it reminded me of when my first MP3 player broke. The device was only able to hold 50 songs but having to go back to lugging around a bag of CDs felt like being forced to use a sundial watch. I got more mileage from my CDs at the time, but it didn’t take long for Apple to forever change how we all listen to music with the iPod.

I don’t think it’s fair to describe Zoe as just a stepping-stone to motoring’s inevitable iPod moment, because the plucky little Renault has so much more going on than my 50-song MP3 player. You can park it on a postage stamp with its nimble, light handling, sensors and reverse camera and it is nippy off the mark too, as it packs a surprising 225ft-lb of torque. You can get three full-sized men in the back seat and a city amount of shopping in the boot; however, larger items like golf clubs or bass guitars won’t fit back there.

I’m charged €1,100 to insure my car for a year, however I’ve just been sent a quote from the same company for Zoe of €171.91. Meanwhile, Revenue mugs me for a further €673, while the Zoe costs €120 a year to tax. That’s quite the saving, not to mention the two weeks I enjoyed spending no money on petrol while charging the car at public charging points.

The ESB claims that if I was to have a home charging point installed, I could top up the Zoe at night for as little as €2 a day, using cheaper night-rate electricity. To charge at a home point, it could take 12 hours from empty to full, however I charged Zoe three times in two weeks from empty at a fast charge point and it took a little over two hours. Also, if you plug it in every night after driving it around the city or suburbs, you’re never going to need to use 12 hours of electricity to fill it.

Despite my praise for Zoe and assurances from Renault that people have driven long distances in it, it’s my belief that the Zoe is an urban or suburban car. I somehow can’t see someone commuting from Ballyhaunis to Belfast in it.

My Zoe was a Signature Nav version with the R-link multimedia system, rear parking sensors, leather seats, a rear parking camera, a Bose sound system and some other treats. With all the bells and whistles, it’s coming in at €30,000, however you can pick up a base model for €23,490.