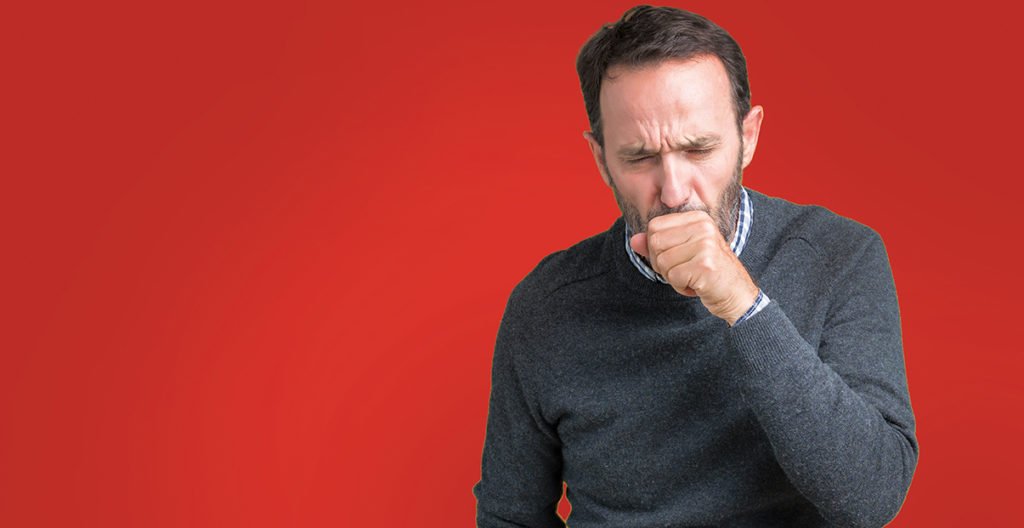 Perhaps unsurprisingly the best place to start a discussion on the benefits of early diagnosis and treatment in chronic obstructive pulmonary disease (COPD) is with the definition of COPD from the Global Initiative for Chronic Obstructive Lung Disease (GOLD) guidelines. The GOLD guidelines talk about COPD being a common, preventable, treatable lung condition characterised by airflow limitation that is not fully reversible and is usually caused by significant exposure to noxious gases (eg, cigarette smoke). GOLD reminds us that COPD is also normally progressive.

Let’s look at that. How common is COPD in Ireland?

The incidence of COPD in Ireland is 10 per cent of the adult population. Every COPD talk I’ve ever attended has used the iceberg analogy. That is to say that the visible iceberg above the water represents the 110,000 Irish patients we have diagnosed with COPD and the larger iceberg under the water reminds us that there are 200,000 patients living with COPD who have not yet been diagnosed.

In fact, I believe there are two icebergs in COPD, the second one representing those 110,000 patients we have diagnosed with COPD. If you visualise the COPD patients in your practice you will probably be visualising the symptomatic and exacerbating patients. Yet only 15 per cent of your COPD patients fit into this bracket. So, the second iceberg in COPD is within those patients already diagnosed with COPD. Above the water are the exacerbating patients but remember that underneath the water are over half the patients with COPD in your practice who will have at most one exacerbation in a year and who we may be less aware of.

Next, GOLD says COPD is preventable. For the majority of our Irish patients smoking will be the only cause of their COPD. That we are reminded that COPD is preventable is a call to arms for general practitioners (GPs) with regards to smoking cessation. Smoking cessation has been shown to be the most significant intervention to slow the rate of decline of lung function and the earlier a smoker stops smoking, the more lung function is preserved. Pharmacotherapy and nicotine replacement are known to reliably increase long-term smoking abstinence rates. The effectiveness and safety of e-cigarettes as a smoking cessation aid is uncertain at present.

So why are there 200,000 patients living with COPD in Ireland who are undiagnosed? There are patient factors, GP or practice factors, and system factors.

Patient factors: COPD progresses relentlessly, but slowly, and as such, many patients do not realise that they have a problem. COPD patients may associate their symptoms (eg, dyspnoea) with the ageing process, with being less active, with being deconditioned and less ‘fit’. They may normalise their cough as a ‘smoker’s cough’ and do not consider it to be a sign of illness. COPD patients can be stoic regarding their condition known as the ‘silence of COPD’.

GP and Practice factors: In the course of a busy winter flu season patients presenting with recurrent chest infections may not be regarded as at-risk of having COPD. Also, as COPD patients tend to underemphasise their symptoms, we may tend towards being less aggressive when it comes to investigating their symptoms.  Patients with COPD commonly have comorbidities and these conditions may be perceived to be more pressing and perhaps easier to diagnose and manage. There is concern among some doctors regarding the accuracy of spirometry performed in general practice. However, studies show that accurate spirometry can be performed in general practice, where the practice nurses have appropriate training and interest.

System factors: Irish general practice is contracted to a 40 year old general medical services (GMS) contract, which is predicated on the treatment of acute illness. Reflecting on the changes which have taken place in your television since 1978, and considering that similar changes have taken place in medicine with regards to the diagnosis and treatment of patients during this time, gives an idea of how disadvantaged Irish patients and Irish GPs have been when it comes to diagnosing and managing chronic illnesses. Moreover, COPD requires spirometry to confirm the diagnosis and there is no HSE funding to general practice to support diagnostic spirometry. Until 2019, there has been no funding towards a ‘COPD cycle of care’, which might ensure that Irish COPD patients received evidence-based care.

However, the recent introduction of funding to Irish GPs to support case finding and a COPD cycle of care in chronic disease management should help identify more of those 200,000 Irish people living with undiagnosed COPD. It should also improve the quality of care COPD patients receive.

GOLD also reminds us that COPD is treatable. Pharmacological therapy can reduce COPD symptoms, reduce the frequency and severity of exacerbations, and improve health status and exercise tolerance. GOLD states that each pharmacologic treatment regimen should be individualised and guided by the severity of symptoms, risk of exacerbations, side-effects, comorbidities, drug availability and cost, and the patient’s response, preference and ability to use various drug delivery devices.

Finally, GOLD states that COPD is a progressive condition. Degenerative changes in lung function with age in non-smoking healthy adults result in the loss of 25 per cent of lung function (as defined by a decrease in FEV1) by the age of 75. Smoking is known to accelerate this loss of lung function considerably as demonstrated by the Fletcher-Peto graph. Additionally, every purulent COPD exacerbation further decreased a patient’s quality of life, longevity and reduces lung function.

So why should we worry about our 200,000 Irish patients who are living with COPD and have yet to be diagnosed? Why is early diagnosis of COPD going to help?

Diagnosis of COPD usually does not occur until significant lung function has already been lost. By the time patients recognise that they have symptoms, their airflow limitation, as defined by a reduction in FEV1, has usually fallen to about 50 per cent of predicted. They will be having two or more exacerbations per year and there is a significant amount of systemic inflammation leading to comorbidities.

Direct costs of respiratory disease account for 6 per cent of the total healthcare budget in the EU with COPD accounting for 56 per cent (€38.6 billion) of this cost. COPD exacerbations account for the greatest proportion of the total economic burden associated with COPD. So, the financial costs of COPD are high. As well as the direct costs of hospitalisation and other healthcare costs, there are other indirect costs of disability, lost productivity, carer support and family costs. As Ireland has the highest rate of COPD hospitalisations among the Organisation for Economic Co-operation and Development (OECD) countries (395 COPD admissions per 100,000 population), we can be sure that COPD is contributing significantly to both healthcare costs and our significant trolley crisis.

It is evident that if we can diagnose COPD earlier in the course of the illness we can improve patient outcomes by focusing on smoking cessation, increasing uptake of influenza and pneumonia vaccinations, ensuring adequate nutrition, increasing physical activity amongst our patients, and ensuring patients are on evidence-based inhaled pharmacotherapy, which is appropriate for each individual patient and which is shown to decrease exacerbation rates.

Smoking cessation has the greatest capacity to influence the natural history of COPD. If effective resources and time are dedicated to smoking cessation, long-term quit success rates of up to 25 per cent can be achieved. Smoking cessation interventions are more successful in those who are actually given a firm diagnosis.

Influenza vaccination can reduce serious illness (such as lower respiratory tract infections requiring hospitalisation) and death in COPD patients. Pneumococcal vaccinations have been shown to reduce community acquired pneumonia in patients under 65 with severe airflow limitation (FEV1<40 per cent).

Early diagnosis allows for earlier lifestyle changes such as exercise and pulmonary rehabilitation. As already discussed exertional dyspnoea often leads patients to reduce their exercise and activities of daily living to reduce the intensity of their distress. This reduction in activities of daily living leads to deconditioning which, in turn, can lead to increased dyspnoea.

Early pharmacological intervention can improve the health and exercise capacity of COPD patients, and reduce COPD exacerbations, even in patients with mild to moderate COPD. The 2017 GOLD guidelines have made the treatment decision making pathways in COPD more doctor-friendly as they uncoupled spirometry findings from treatment algorithms. As spirometry is not specifically funded in the new chronic disease management pathways in the Irish GP GMS, this development is particularly GP-friendly. Patients require spirometry to confirm the diagnosis.

However, once confirmed, the decision relating to choice of inhaled pharmacotherapy is based on four questions:

1.  Does the patient have asthma and COPD?

If yes, a long-acting β-agonist/inhaled corticosteroid (LABA/ICS) combination is the first choice in COPD patients with a history of asthma.

2.  How many exacerbations has the patient had in the last year?

3.  Has the patient got symptoms?

Zero or one exacerbations and no symptoms, the patient should start with a short-acting β-agonist increasing to single agent long-acting bronchodilator (ie, a long-acting muscarinic antagonist [LAMA] or LABA).

4.  What is the patient’s eosinophil count?

If the blood eosinophil counts ≥ 300 cells/µL, a LABA/ICS combination has the greatest likelihood of reducing exacerbations. Even patients without a previous history of frequent exacerbations (ie, they have had one exacerbation in the last year), an ICS has been shown to decrease the risk of future exacerbations.

In patients with frequent exacerbations and blood eosinophil counts ≥ 100 cells/µL, an ICS should be considered earlier in the course of treatment. This refers to patients who are diagnosed with COPD, are symptomatic and have had two or more exacerbations in the last year. Rather than starting these patients with a single agent long-acting bronchodilator you should consider the early introduction of ICS in addition to the long-acting bronchodilator.

So how can we promote earlier diagnosis of our patients with COPD?

There are a number of strategies which can be used to facilitate the earlier diagnosis of COPD.

For the first time in Irish general practice we have funding to support screening at-risk patients, case finding and chronic disease management. It is unfortunate that there is not dedicated funding to also facilitate spirometry, which is essential for the diagnosis of COPD.

However, I believe the funding for chronic disease management, including COPD, will help identify more of those 200,000 Irish people living with undiagnosed COPD. It should also improve the quality-of-care COPD patients receive.

We should consider COPD in any patient who is a current smoker or ex-smoker over the age of 35 who has any respiratory symptoms, particularly cough, sputum, dyspnoea, wheeze or recurrent chest infections. Opportunistic spirometry to detect COPD in these patients has been shown to be cost-effective and forms part of the National Institute for Health and Care Excellence (NICE) guidelines in the UK. If spirometry is not available in your practice or not financially viable consider referral of these patients to a respiratory clinic for diagnostic spirometry.

In summary, early diagnosis of COPD has the potential to benefit patients and save costs for the HSE. An early diagnosis will encourage smoking cessation, facilitate exercise interventions, facilitate earlier influenza and pneumonia vaccination and enable earlier inhaler treatment to prevent exacerbations and hospitalisations. Considering that we have the worse rate of COPD exacerbations leading to hospitalisation in the OECD, surely our COPD patients deserve more.