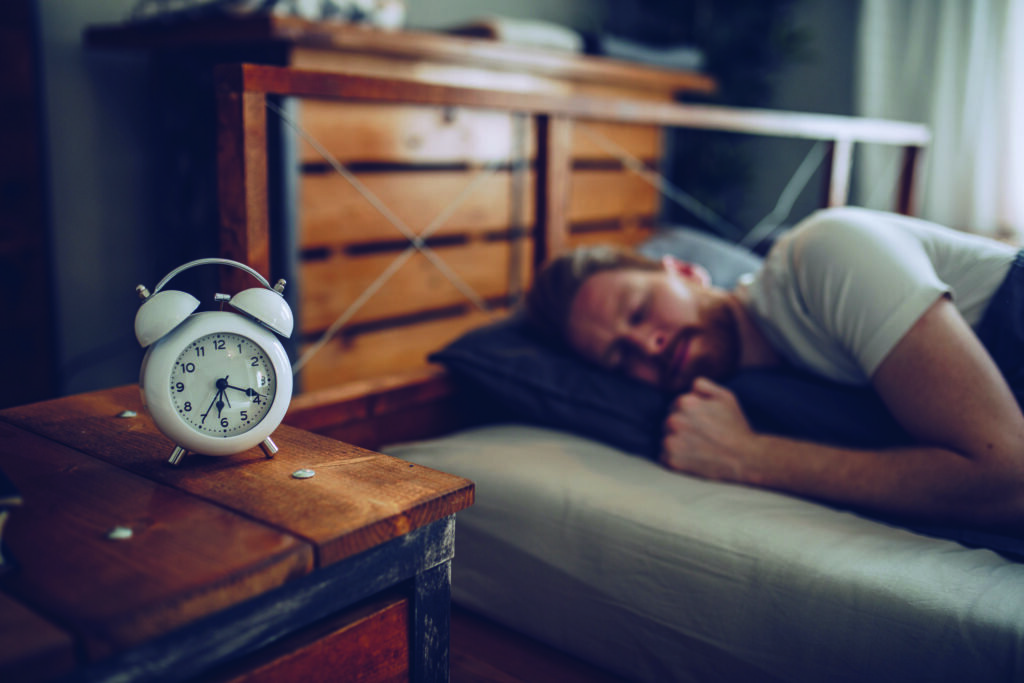 While dreams have a range of health benefits, nightmares can take a toll on the body and mind, writes Bette Browne

If you are dreaming of a white Christmas this year it could be very good for your health. People can spend more than two hours dreaming each night and it is an activity that can boost health and wellbeing, according to researchers.

On the other hand, they caution that nightmares can sometimes exacerbate stress and spark depression. Dreams can help people in a number of ways, researchers believe, especially in the area of mental health, including helping us to process emotions and consolidate memories.

But to dream, we must first have a good night’s sleep or, as Hamlet mused, “to sleep, perchance to dream”. Indeed, sleep is a vital indicator of overall health and wellbeing. “We spend up to one-third of our lives asleep, and the overall state of our sleep health remains an essential question throughout our lifespan,” according to the US National Sleep Foundation, which aims to improve health and wellbeing through sleep health education and advocacy.

An in-depth study by the Foundation in 2015 took more than two years of research to complete and evaluated scientific literature concerning sleep duration recommendations.

The panel, which included 18 top scientists, researchers and leading US medical organisations, said that for healthy individuals with normal sleep the appropriate sleep duration for newborns is between 14 and 17 hours; infants between 12 and 15 hours; toddlers between 11 and 14 hours; pre-schoolers between 10 and 13 hours; and school-aged children between nine and 11 hours.

For teenagers, eight-to-10 hours was considered appropriate; seven-to-nine hours for young adults and adults; and seven-to-eight hours of sleep for older adults.

Their win highlighted the importance of sleep research in medicine, given that both sleep and dreams can be indicators of the state of people’s health and its wider impact.

The National Sleep Foundation, for example, says about 47 million adults in America do not get a restorative night’s sleep. It says sleep deprivation can result in injuries and decreased work productivity. In America alone, as many as 1.2 million car crashes – 20 per cent of the annual total – can be attributed to tired drivers.

Figures from the Irish Road Safety Authority are also alarming. It estimates that driver fatigue is a contributory factor in as many as one-in-five driver deaths in Ireland every year.

While it is widely accepted, therefore, that a sound night’s sleep is good for the mind as well as the body, researchers say dreaming is also good for students and others as it can boost the ability to memorise material. A 2010 Harvard study, for example, suggested that dreaming may reactivate and reorganise recently learned material, improving memory and boosting performance.

The subjects of the study were 99 healthy college students who agreed to avoid alcohol, caffeine, and drugs for at least 24 hours before the experiment. All the volunteers demonstrated normal sleep patterns before enrolling in the study.

Each of the subjects spent an hour learning how to navigate through a complex three-dimensional maze-like puzzle. After the training period, half of the students were allowed to nap for 90 minutes, while the others read or relaxed. Following a lunch break, all the volunteers tackled the virtual maze again.

The only students whose performance substantially improved were the few who dreamed about the maze during their naps. Although the dreams did not actually depict solutions to the puzzle, the researchers believe they show how the dreaming brain can reorganise and consolidate memories, resulting in better performance on learned tasks.

Sometimes dreams make a lot of sense but on other occasions they are vague and unclear. Although some researchers believe dreams are just a by-product of sleep, others suggest dreams are important for memory consolidation or even for conflict resolution.

“It’s almost like having an internal therapist,” according to Prof Rosalind Cartwright, Professor Emeritus of Psychology at Rush University in Chicago. “You associate (through dreams) to previous similar feelings, and you work through the emotion related to it so that it is reduced by morning.”

Prof Cartwright has found clues to suggest that dreams may also help with mood regulation. Dreams occur during both rapid eye movement and non-REM sleep, but sleep studies show that brain activity is heightened during REM periods.

When sleep study participants are wakened during the first non-REM period, those who recall their dreams tend to report thinking about a piece of emotional unfinished business. The dreamer may then restate or reshape the problem in a different form during the next REM cycle, and so on, through the night.

Ironically, dreams in which we experience a sense of fear may help us to combat anxiety and life’s stresses and challenges when we awake from the dream, according to Swiss and US researchers.

The researchers from the University of Geneva and University Hospitals of Geneva, working in collaboration with the University of Wisconsin in the US, analysed the dreams of a number of people and identified which areas of the brain were activated when they experienced fear in their dreams.

They found that once the individuals woke up, the brain areas responsible for controlling emotions responded to fear-inducing situations much more effectively.

The scientists employed high-density electroencephalography (EEG), using several electrodes positioned on the skull to measure brain activity. They discovered that certain regions of the brain are responsible for the formation of dreams and that certain other regions are activated depending on the specific content within a dream, such as perceptions, thoughts and emotions.

“We were particularly interested in fear and in what areas of our brain are activated when we’re having bad dreams,” said Mr Lampros Perogamvros, one of the Swiss researchers, who led the study.

“By analysing the brain activity based on participants’ responses, we identified two brain regions implicated in the induction of fear experienced during the dream – the insula and the cingulate cortex,” Mr Perogamvros explained.

The insula is also involved in evaluating emotions when awake, and is automatically activated when someone feels afraid. The cingulate cortex plays a role in preparing motor and behavioural reactions in the event of a threat. “For the first time, we’ve identified the neural correlates of fear when we dream and have observed that similar regions are activated when experiencing fear in both sleep and wakeful states.”

These results demonstrate the strong link between the emotions we feel in both sleep and wakefulness, the researchers said. They also reinforce a neuroscientific theory about dreams: We simulate frightening situations while dreaming in order to better react to them once we are awake.

“Dreams may be considered as a real training for our future reactions and may potentially prepare us to face real life dangers,” Mr Perogamvros suggested.

The Swiss and US researchers are now planning to study a new form of dream therapy to treat anxiety disorders. They are also interested in nightmares, because unlike bad dreams, in which the level of fear is moderate, nightmares are characterised by an excessive level of fear that disrupts sleep and has a negative impact on the individual once awake.

The Mayo Clinic defines a nightmare as a dream associated with strong negative feelings, such as anxiety or fear that awakens you. Nightmares are common in children, but can happen at any age, and occasional nightmares are usually nothing to be concerned about.

Nightmares may begin in children between three and six years old and tend to decrease after the age of 10. During the teen and young adult years, girls appear to have nightmares more often than boys. Some people have them as adults or throughout their lives.

People are more likely to have a nightmare in the second half of the night. Nightmares may occur rarely or more frequently, even several times a night. Episodes are generally brief, but they cause one to awaken, and returning to sleep can be difficult.

Nightmare disorder is referred to by doctors as a parasomnia – a type of sleep disorder that involves undesirable experiences that occur while people are falling asleep, during sleep or when they’re waking up.

Nightmares can be triggered by many factors, including stress or anxiety, trauma, sleep deprivation, some medications, and excessive alcohol. For some people, reading scary books or watching frightening movies, especially before bed, can be associated with nightmares.

Depression and other mental health disorders may be linked to nightmares, according to the Mayo Clinic. Nightmares can happen along with some medical conditions, such as heart disease or cancer. Having other sleep disorders that interfere with adequate sleep can be associated with having nightmares.

The Irish Sleep Disorder Support Foundation emphasises that when we sleep well, we wake up feeling refreshed and alert for our daily activities. “Sleep affects how we look, feel and perform on a daily basis, and can have a major impact on our overall quality-of-life.”

The American Academy of Sleep Medicine, which celebrated World Sleep Day back in March, agrees. “Getting sufficient, quality sleep on a regular basis can improve physical and mental health, enhance performance and
promote safety.”