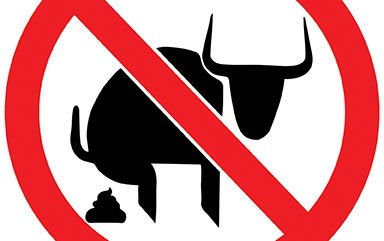 It’s an age-old question: Who, or what group of people, are most full of BS? Okay, so it’s politicians, we all know that, but let’s take a closer look at why and more specifically, what type of person is more likely to distribute the verbal fertiliser.

Well, some ‘research’ from University College London in the UK purports to shed some light on the matter. It won’t change your life, but it’s a whimsical distraction. In fairness to the authors, it may be ‘pop’ research but it did involve 40,000 young people from nine different countries using Programme for International Student Assessment data and it’s a fairly healthy number of participants at least.

The example of a mathematics quiz was used in an attempt to flush-out the chancers and the participants were quizzed on how familiar they are with a number of mathematics subjects. Noting the dearth of empirical research on the overall dissemination of bull manure, they titled the study ‘Bullshitters: Who Are They and What Do We Know About Their Lives?’

They stated in their introduction: “… we have  investigated the characteristics of young people who claim to have knowledge and expertise in three mathematics concepts which are fake. Having derived and established the comparability of our ‘Bullshit scale’ via measurement invariance procedures, we go on to find that young men are more likely to bullshit than young women, and that bullshitting is somewhat more prevalent amongst those from more advantaged socioeconomic backgrounds.”

It also became apparent that those in North America were bigger bullshitters than those in Australia, New Zealand and England. To our credit, participants in Ireland and Scotland were the least likely to try to pull the wool over the researchers’ eyes.

Those who scored most highly in the authors’ ‘Bullshit Scale’ were those who felt more likely to get away with their answers without being challenged, so the super-confident should arouse immediate suspicion. But probably the most common denominator was that the biggest bullshitters were mainly from the wealthy echelons of society.

The contents of the study itself are a delightful mix of the academic and the colloquial, as evidenced by the following passage, for example: “… students are asked about their familiarity with some mathematics concepts that do not exist. We use participants’ responses to these three items to form our ‘Bullshit scale’. This is done via estimation of a Confirmatory Factor Analysis model, with the three fake items treated as observed indicators of the latent bullshit construct.”

We have all been exposed many times to a ‘latent bullshit construct’ but at least now we might see it coming.

Be honest: Do you ever despair at things some of your patients say? You know, the ones who do not know the names or even the purpose of the medications they are taking? It’s okay to be honest. You’re among friends.

The latest of these examples popped up recently when Canadian-American obstetrician gynaecologist Dr Jennifer Gunter had to take to Twitter to warn an increasing number of women that inserting garlic into their vaginas would not cure a yeast infection. The ridiculous theory behind this, propagated on social media, was that the allicin in garlic cloves acts as an antifungal. Dr Gunter, no doubt exasperated, had to explain that the garlic would need to be cut or crushed and there will still be the issue of soil bacteria and the fact that the garlic juice will almost certainly act as an irritant. Not to mention that it will be difficult to fully remove.

The moral of the story is, never underestimate the stupidity of the human condition, but we’ll leave the last word to Dr Gunter: “I shouldn’t have to tweet this in 2019, but here we are.” Truly, the Internet can be a blessing or a curse.

I’m always grateful for any contributions to the email address below. With the greatest respect to all specialties, here’s a quick gag that caught my attention.

A group of physicians are duck hunting. The general surgeon spots a duck flying from the marsh, aims his rifle, shoots the duck in one shot, and turns to the others and says: “I just shot a duck.”

The intern sees a duck, aims his rifle, leads the duck with his first shot, trails it with his next shot, and hits with his third. He turns to the group and says: “It was too small for a condor, too big for a sparrow. I think that it was probably a duck.”

The radiologist sees a duck, aims a shotgun, hits the duck, and turns to the group. He states: “I just hit a flying animal. It may be a duck, pheasant, or quail. Possibly a flying squirrel, but I cannot exclude a pterodactyl at this point. I think I should shoot it again, but with a scoped rifle next time.”

The emergency physician spots a duck flying the marsh and aims a huge, automatic assault rifle, unloading two full magazines into the air, as the other physicians take cover behind him. After the tremendous noise ceases, the intern  uncovers his ears and shouts: “What the hell was that?”

The emergency physician turns around and says, “I have no idea, but I’m pretty sure that I hit it.”