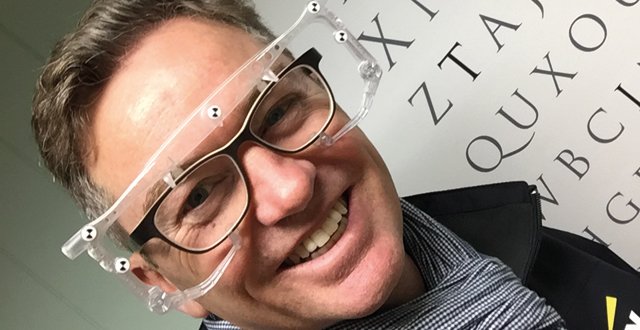 As costs associated with the delivery of healthcare continue to rise internationally, efforts have been underway for some time to reduce spiralling budgets.

At the same time, healthcare professionals are striving to boost efficiency and safety within healthcare.

One of the ways in which governments and healthcare professionals hope to address these concerns is by harnessing advances in technology.

Founded in 2007, Health 2.0 is an international movement that promotes the development and advancement of new health technologies.

It fosters collaboration between health technology companies and healthcare professionals through conferences and competitions.

The term ‘Health 2.0’ refers to the use of cloud-based and software technology in clinical and medical work, which can dramatically improve healthcare services by reducing costs while improving effectiveness and safety.

Health 2.0 chapters are known as grassroots groups of professionals with an interest in health technology and that hold regular meetings in their communities.

The Cork chapter is organised and run by the Health Innovation Hub, launched in 2012. More than half a dozen meetings have been held to date.

The latest meeting looked at disrupting healthcare and how healthcare can change for the better by altering current practices and empowering the patient.

Dr Johnny Walker, CEO of Health Founders, addressed delegates on the topic of disruption and what it means for healthcare. Health Founders is described as “an international aggregator of innovative thinkers and exponential technologies focused on disrupting the current healthcare ecosystem”. Based in Dublin, it is trying to “positively disrupt healthcare” by introducing eHealth patient solutions.

Dr Walker, who works as an interventional radiologist and nuclear physician at the Hermitage Medical Clinic, Dublin, began by speaking about his childhood in Australia as the son of a rural GP, and his early career as a radiologist.

Inspired by his time spent in London at the Hammersmith Hospital in the early 1990s, where he was exposed to new developments in radiology, Dr Walker returned to Australia filled with a desire to improve healthcare for remote patients.

He built a teleradiology system connecting small communities in Western Australia and linked up with hospitals in other countries for expert opinions. Via a copper telephone line, he received responses from healthcare experts within an hour, which he described as “phenomenal at its time”.

From this, he built an international teleradiology network and enterprise known as Global Diagnostics, based in the UK, Australia and Ireland, which sends diagnostic images to anywhere in the world using a secure web network.

The development of the Internet greatly enhanced the company, which eventually merged with Centric Health, Dr Walker added.

As his passion was in start-ups, Dr Walker exited the company to pursue what he described as “the one big disruption I have left in me”.

“That is, to stop patients coming into hospital in the first place. If we can keep them well within the community, I deeply believe now with the enabling technologies we’ve got we can do that in the home,” he told the meeting.

His vision is based on the observation that women often play a vital part in the healthcare ecosystem.

“We can really connect patients in the home… it’s my observation that the real curator, the real custodian of care… is the female.”

In 2014, the gender of the carer of the patient he was operating on was female in 92 per cent of cases, Dr Walker remarked.

He referred to this person as the ‘Jinga’ — known in history as an African warrior queen.

“I think we need to recognise that… the health ball is invariably juggled by the female of the household and what I really want to do is empower this curator, this special resource that we have in the home and to put her at the centre of her ecosystem for everyone that she loves, from womb through to tomb, and using technology to have her link through to all of the key members of the medical ecosystem.”

Currently, he is partnering with a group to develop an electronic health record (EHR) to further realise his vision.

“It’s a difficult space. There is a lot of chaos happening there at the moment,” he said.

“To a large degree, it will be the do or die of broken dreams. I’m not sure who the winners are going to be.”

Dr Walker provided an example of how the model would work in practice and explained that a person’s EHR would be accessed by and linked-up with healthcare professionals.

The record would include a dashboard where information on drug adherence and postoperative exercises, for example, would be inserted by patients, which could then be viewed by healthcare professionals.

“There will be early-warning systems for non-compliance using inbuilt algorithms, so early intervention can take place to stop admission to hospital,” he added.

The record would also connect the patient to his or her Jinga and other loved ones.

Dr Walker believes we are about 16 years away from a situation where this sort of technology is in use in homes.

He briefly mentioned how advanced medical computer systems like IBM Watson and Isabel have been trialled in hospitals with amazing results.

IBM Watson Health can read x-rays and is a revolutionary computer system that can answer questions by drawing from a huge data bank of information.

Isabel supports clinical decision-making and provides advice to clinicians based on patient information.

He added that everything he does is about trying to bring about behavioural change, using the latest technology in areas like gaming, animation, virtual reality and artificial intelligence, for instance.

“We did it once [with Global Diagnostics]. I think we can do it again,” he asserted.

A number of pioneering and exciting studies and improvements in newborn care are taking place at CUMH. These efforts are due to a desire to bring more objectivity into the delivery suite, Prof Dempsey explained.

He advised that less subjectivity in areas like newborn resuscitation and how babies are clinically evaluated is required. Babies are currently evaluated using the Apgar score, a set of criteria that evaluates the health of newborns. But Prof Dempsey argued this is largely based on how babies appear, which is very subjective.

“The only objective parameter is the heart rate and even that is problematic when assessing babies,” he stated.

For the past couple of years, Prof Dempsey and colleagues have been trying to increase objectivity and to change how babies are evaluated in the delivery room.

Clinicians usually listen to the heart rate of a baby but there is huge variability in this process, he noted.

Healthcare professionals use heart rate as an intervention mode; therefore action is required if it is below a certain value.

But if the heart rate is not evaluated correctly, one cannot intervene properly, Prof Dempsey pointed out.

He called for routine use of ECG electrodes to monitor heart rate and for carbon dioxide monitors to assess babies’ breathing, which are currently not used as standard.

A detailed analysis of brains of babies using EEG can also be beneficial, he said. Work on recording brain activity using EEG and the ability to measure brain oxygenation levels in the first few minutes of life is ongoing at the hospital.

EEG placement is cumbersome and time-consuming but the hospital has been using a specially developed EEG hat on babies that has proven easy to use and delivers good-quality signals within about 90 seconds. This is very promising compared to the time it usually takes to manually place EEG electrodes, which can be up to 10 minutes.

A device to monitor brain oxygenation levels has also been trialled and enables clinicians to intervene to prevent cerebral hypoxia.

For the past 18 months, wearable lenses or glasses with cameras mounted on them have been trialled in the delivery room by healthcare workers. Data taken by the cameras has been used to assess performance during the stabilisation period and teamwork overall.

A five-minute stabilisation video has been developed using the cameras and provided to trainees. Further analysis of the videos recorded is also underway.

“This allows us ultimately to improve the care we’re giving to babies,” advised Prof Dempsey.

Last month, the Government announced €5 million in funding over five years for the Health Innovation Hub.

The Hub has already shown its value and fostered a number of innovative healthcare products and services since it was set up on a pilot basis in 2012 at University College Cork.

A new Hub Director will now be appointed, who will guide the Hub through the next five years. The first call for proposals will be made later this year, while a stakeholder advisory group will also be established to act as a forum between suppliers and users.

The initiative has massive potential for Ireland’s burgeoning health tech sector, and for improving healthcare services and outcomes for patients. It has already supported 23 projects involving 27 companies, including:

Additionally, it has helped Irish-based companies to sell their technology abroad:

Abtran, which was testing an electronic GP referral system, was able to use the knowledge gained to tender for a similar service in a UK health Trust.

Radisens, which was validating point-of-care testing equipment, has secured a significant contract valued at €1 million to develop an innovative blood testing device for use by astronauts on board the International Space Station and on various human spaceflight missions.