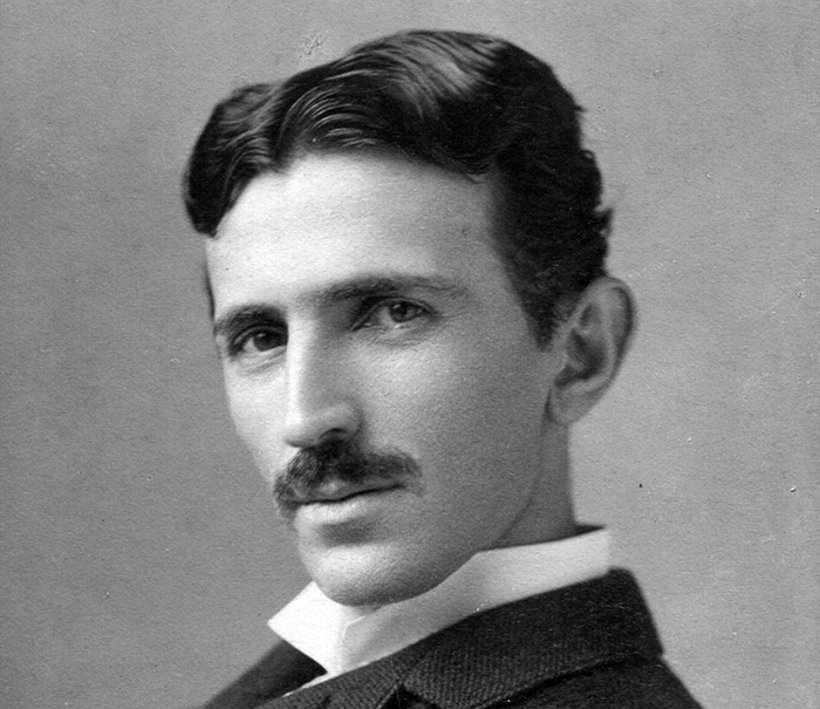 It’s so easy to take the genius of Nikola Tesla for granted, even now. A man of modest means and demeanour who regularly had his inventions hijacked and patented by the likes of Edison, Tesla was, you could say, ‘no ordinary genius’.
Learned Dorsal View readers will be well aware of his list of achievements, but forgive me for recapping on one or two here, as well as a recent finding that suggest it’s more than his AC current that still has immense practical implications even today.

In the medical arena, his body of work included contributing significantly to the development of radiology that has resulted in the now-familiar 1T, 1.5T, and 3T designations, with the ‘T’ of course referring to Tesla, and he was also a pioneer of high-frequency electrotherapy.

He pioneered the use of x-rays for medical purposes, beginning on an experimental basis in 1887, when they were referred to as ‘shadowgraphs’. He was also the first to cop-on that too much radiation might be dangerous. He also designed an oscillator to relieve fatigue in leg muscles, not to mention he was an overall proponent of wireless technology, which is now widely used in medicine, as well as pretty much everything else.

An example of this was a demonstration where he remote-controlled a small boat using wireless technology. The attendees were so outraged and dumbfounded that they insisted he dismantle it on the spot to prove there weren’t ‘little people’ inside controlling it. This was in 1898. Perhaps the world’s first ever look at a drone.

In any event, just last month, a paper in Nature Communications told of how scientists have re-examined Tesla’s ‘valvular conduit’, known as the Tesla Valve, for which he obtained a patent in 1920, and which it now appears has previously unknown applications. The researchers found that the device works something like a switch – only when there is enough liquid coming through does it work to resist flows coming in the wrong direction. This, of course, presents a wealth of potential engineering and machinery applications.

Senior author and Associate Professor at New York University’s Courant Institute of Mathematical Sciences, Prof Leif Ristroph, commented: “Crucially, this turn-on comes with the generation of turbulent flows in the reverse direction, which ‘plug’ the pipe with vortices and disrupting currents.”

“Moreover, the turbulence appears at far lower flow rates than have ever previously been observed for pipes of more standard shapes – up to 20 times lower speed than conventional turbulence in a cylindrical pipe or tube. This shows the power it has to control flows, which could be used in many applications.”

Prof Ristroph thinks this is exactly what Tesla was trying to get at: “We think this is what Tesla had in mind for the device, since he was thinking about analogous operations with electrical currents. He, in fact, is most famous for inventing the AC motor, as well as an AC-DC converter.”

He continued: “Tesla’s device is an alternative to the conventional check valve, whose moving parts tend to wear out over time. And now we know it is very effective at mixing, and it could be used to harness the vibrations in engines and machinery to pump fuel, coolant, lubricant, or other gases and liquids.” No doubt to the dabbling engineers reading, a number of medical applications are jumping out at you.

It’s really only as time has passed that the full realisation of Tesla’s genius has been increasingly appreciated. In contrast to when he was alive, it has been desirable to attach Tesla’s name to one’s product or system; just ask Elon Musk. And there are still many of his mysteries to unravel, such as his comment on certain numbers: “If you only knew the magnificence of the 3, 6, and 9, then you would have the key to the universe.”

While there is debate around the sincerity – or even existence – of the following comment, when Einstein was once asked how it felt to be the smartest man alive, his reply reputedly was: “I don’t know, you’ll have to ask Nikola Tesla.”
While I’m not kicking the hornet’s nest that is the Tesla vs Einstein debate – Tesla was disdainful of purely mathematical theories – I’d welcome your opinions/letters via the email address above.

With all the disruption caused by the recent HSE technology hack, it’s more important than ever to be aware of potential electronic security threats. Therefore, I feel it my responsibility to bring to your attention a text message I received which may or may not be a scam, but I feel duty-bound to bring it to your attention. I received a text recently, informing me that I had won a cash prize of €250 and front-seat tickets to an upcoming Elvis Presley tribute concert.
To collect my prize, I was instructed to “Press 1 for the money, 2 for the show…”.