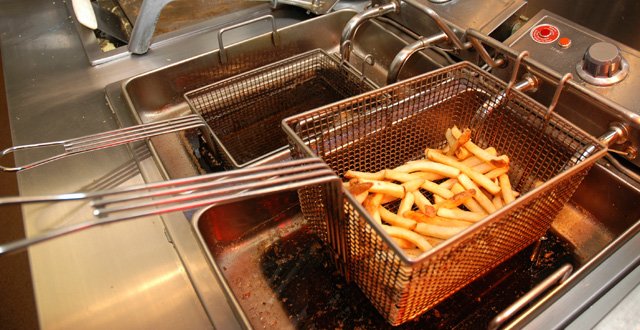 One of these studies suggests that men ‘show off’ when dining with women and actually tend to consume more when eating with the opposite sex. And the difference seems significant.

A team from Cornell University, US, sent 105 presumably willing volunteers to an Italian all-you-can-eat buffet for two weeks and quantified the amount of food eaten, as well as the gender of the dining partner.

Lead author Dr Kevin Kniffin of Cornell said: “These findings suggest that men tend to over-eat to show off — you can also see this tendency in eating competitions, which will almost always have mostly male participants.”

But as well as gender, we need to be mindful of the size of the people we are eating with, according to a separate study, again by Cornell, co-authored by a specialist from the Mayo Medical School.

An actress was used for the study, which involved 82 participants. She was given a prosthesis to add to her average weight and to make her appear approximately 22.5kg overweight. Using a number of scenarios, the participants viewed her serving herself pasta and salad at a buffet.

When she wore the prosthesis, the participants ate 31.6 per cent more pasta when they served themselves; when she appeared overweight and served herself more salad, the participants actually served themselves 43.5 per cent less salad, suggesting that we eat larger portions of unhealthy food and smaller amounts of healthy food when eating with a person who is overweight or obese.

“Look up the menu beforehand and select a meal that suits your dietary goals,” suggests Dr Brian Wansink of Cornell. “If you’re going to a buffet, pre-commit to selecting modest portions of healthy foods and with that goal in mind, those around you will have less of a negative influence over what you eat.”

However, just like the portions, there’s more. The American Psychological Association has weighed-in with its own research, which suggests that enjoyment of airline food is consistently lower than normal due to noise levels that reduce perception of sweet flavours. However, the newer taste perception of umami is not only immune to the effects of airline noise, but is actually enhanced by it.

If you want to know more, these papers were published in Evolutionary Psychological Science, Appetite and the Journal of Experimental Psychology, respectively.

Better get your personal organiser out before dinner
tonight.

One of a kind

It was with great sadness that the rugby world, and the sports community overall, marked the recent passing of Jonah Lomu at the tender age of 40 years.

Lomu was rugby’s first ‘superstar’ and his overall contribution to popularising the game is immeasurable. Those of us of a certain vintage will remember his incredible performances, but also his humble and down-to-earth demeanour.

Lomu suffered with nephrotic syndrome; although the exact cause of his sudden death is unknown at time of going to print. He underwent a kidney transplant in 2004 and continued to play, despite his illness.

While the effects of nephrotic syndrome can vary, he required dialysis three times a week for six hours each day.

In a poignant comment during an interview with the Daily Mail in August, he said: “My goal is to make it to the boys’ [his sons’] 21sts,” which would have brought him to age 55.

“There are no guarantees that will happen… my dad died young and that makes you think.”

He also revealed that he almost died hours before participating in the opening ceremony of the 2011 Rugby World Cup, as the 2004 transplant was failing. Ever since that time, Lomu was on the waiting list for a second transplant.

It would be fitting if his sad demise prompted a boost in organ donation rates — one more gift from the gentle giant.

A nice list of medical quotations from the great and the good of history was sent to me by a reader kind enough to compile them for your amusement and/or outrage. Enjoy.

“Medicine is my lawful wife, and literature is my mistress. When I get fed up with one, I spend the night with the other.” Anton Chekov.

“Isn’t it a bit unnerving that doctors call what they do ‘practice’?” Comedian George Carlin.

“We look for medicine to be an orderly field of knowledge and procedure. But it is not. It is an imperfect science, an enterprise of constantly changing knowledge, uncertain information, fallible individuals, and at the same time lives on the line. There is science in what we do, yes, but also habit, intuition, and sometimes plain old guessing. The gap between what we know and what we aim for persists. And this gap complicates everything we do.” Dr Atul Gawande.

“I saved a man’s life once,” said granny. “Special medicine, twice a day. Boiled water with a bit of berry juice in it. Told him I’d bought it from the dwarves. That’s the biggest part of doct’rin, really. Most people’ll get over most things if they put their minds to it, you just have to give them an interest.” Terry Pratchett.

“Homeopathy pills are, after all, empty little sugar pills which seem to work, and so they embody… how we can be misled into thinking that any intervention is more effective than it really is.” Ben Goldacre.

“…by the end of my first week as an intern, I am just about ready to throw my pager out the window. A high window. Overlooking a trash compactor. Filled with highly corrosive acid.” Dr Michelle Au.